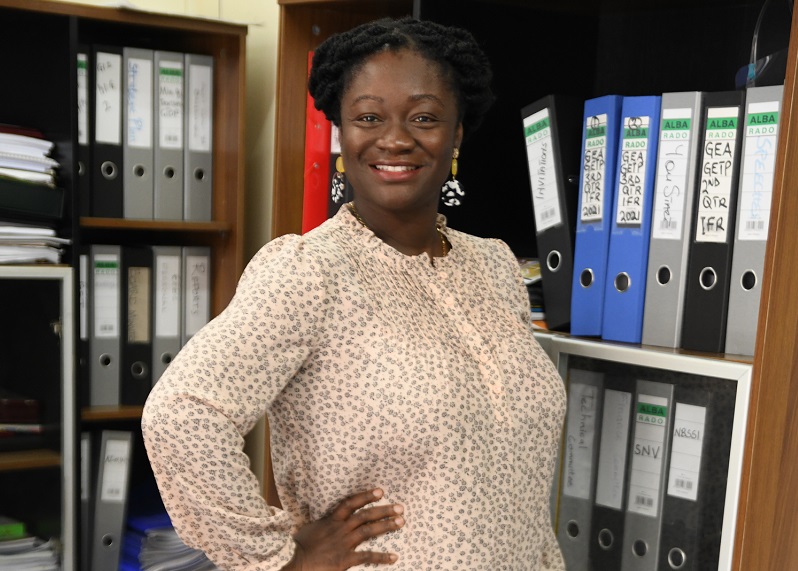 The Chief Executive Officer (CEO) of the Ghana Enterprises Agency (GEA), Mrs Kosi Yankey-Ayeh, has said the country needs to be intentional in implementing a sustained national agenda to encourage more women to take up leadership positions across various sectors of the economy.

Towards that, she said there was the need for young women with interest in leadership positions to be identified, nurtured and prepared for the task ahead.

She said although the country has made significant strides in pushing women-leadership agenda over the years, more needed to be done in order to close the gender gap in terms of leadership roles in the country.

“I see a lot of Ghanaian women in leadership positions currently but to increase the number to an appreciable level, I think we need to be intentional about our approach.

We also need to identify them early, mentor them through various training and provide solid guidance so that when given opportunity they will excel and drive the growth of the economy,” Mrs Yankey-Ayeh who is the first female CEO of the agency said in an interview with the Daily Graphic in Accra on Friday, March 4.

She led the successful transformation of the National Board for Small Scale Industries (NBSSI) into a bigger entity now called the Ghana Enterprises Agency.

It followed the passage of the Ghana Enterprises Agency Act, 2020 (Act 1043) and the development of a novel policy MSME and Entrepreneurship Policy.

IWD celebration
Mrs Yankey-Ayeh was speaking to the paper ahead of the International Women’s Day (IWD), a day set aside by the United Nations (UN) to celebrate the achievements and contributions of women and girls in different spheres.

This year’s celebration is on the theme "Gender Equality Today for a Sustainable Tomorrow".

The first International Women's Day celebration took place in the year 1911. Since then, it has been marked every year on March 8.

Challenges
Although women often face a number of challenges in climbing both the academic and career ladder, Mrs Yankey Ayeh said her story which spanned between Ghana and the United States was rather different as her gender, complexion and continent of origin played positively to her advantage.

She said “my greatest asset was being a woman, black and African. It has opened doors for me in places that I would not have been accepted.

“However, the challenge now is when the door is opened for you, people then ask if it was opened because you are a woman or its on merit.

“As it is often said, you have the job now and so you need to prove yourself that you really deserve whatever door that has been opened for you.

“There are also challenges of being downplayed in terms of what you know, or sometimes you are not politically strong for the task especially in a culture where women that are not married are sometimes being disadvantaged,” she said.

She stated that she has been able to surmount these challenges by demonstrating her ability to do the work intellectually.

“Secondly, I have been able to surmount the challenges by letting my work speak for me and that has been my journey,” she added.

GEA focused
The CEO noted that the GEA was implementing a number of projects such as the Young Africa Works which was deliberately targeting 70 per cent women.

“We also have other projects supporting women who are the backbone of the Ghanaian economy.

“Up to 60 per cent of our beneficiaries in general are women and we provide them access to finance.

“Majority of the informal sector players are women and if we are able to scale up their operations, they will be able to support the economy positively,” she said.

She added that the GEA since 2017 has been focusing on supporting women and young people-led businesses to help transform their businesses into global firms with wider reach.