I played no role in disenfranchising people of SALL — Dan Botwe 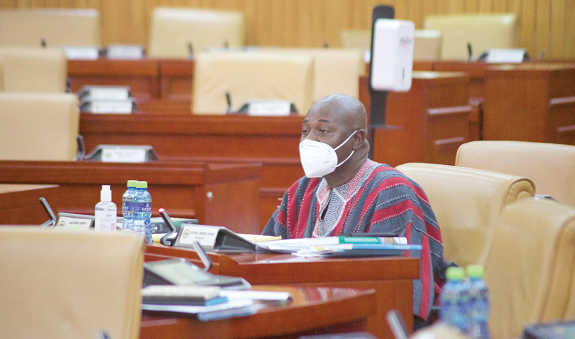 The Local Government, Decentralisation and Rural Development Minister-designate, Mr Dan Botwe, has denied his involvement in disenfranchising the people of Santrokofi, Akpafu, Likpe and Lolobi (SALL) in the 2020 parliamentary election.

He said the then Ministry of Regional Reorganisation and Development did not have the mandate to create constituencies under the 1992 Constitution.

He argued that the creation of constituencies was the responsibility of the Electoral Commission (EC) and the Local Government Ministry.

Mr Botwe said that when he appeared before Parliament’s Appointments Committee.

Prior to his appearance last Monday, a joint committee from Akpafu and Lolobi Traditional areas had petitioned the Appointments Committee to reject his appointment to head the Local Government, Decentralisation and Rural Development Ministry.

The joint committee, blamed Mr Botwe for playing a major role in the removal of Lolobi and Akpafu from the Hohoe Municipality despite their objection.

Mr Botwe, however, noted that the then Ministry of Regional Reorganisation could not be held responsible for the disenfranchisement of the residents of SALL.

“Let me emphasise that the Ministry for Regional Reorganisation and Development for that matter as a former minister, we had nothing, absolutely nothing to do with the creation of districts or constituencies and so I have no business answering these questions unless for educational purposes.

“When people have petitioned, you need to educate them on what they do not understand or deliberately don’t want to understand what the constitution says. People may have a problem with the EC’s decision not to let them vote in parliamentary elections. It is a matter for the EC but has nothing to do with the Ministry for Regional Reorganisation,” he stated.

Commenting on decentralisation, he said transferring power, functions and responsibilities of the central government to the local authorities was the right thing to do.

“It is believed that, the more we do that, the more we have popular participation by our people in decisions that affect them and at the end of the day; it will lead to improvement of the quality of life of the people because they will determine what is good for them.

“This is what persuaded our earlier governments to move the number of constituencies to 200, 230, and now 275, believing that the more people represent manageable units, they are able to know the people they are leading very well, interact better with them and understand them better,” he stated.

“For a long time, Ghana had 110 districts and finally as we speak now, we have 260 districts It is believed that these sizes of the units being it constituency or district makes it manageable and they can manage their people better,” he said.

Mr Botwe also noted that the role of traditional institutions and authorities in national development and local government administration could not be over emphasised.

“All leaders in the country at all levels, from the presidency to the unit committee member, know the importance of our traditional leaders in national development, especially at the local level,” he said.

He said the involvement of chiefs in the local government system would help avoid situations where chiefs refuse to release lands for national development.