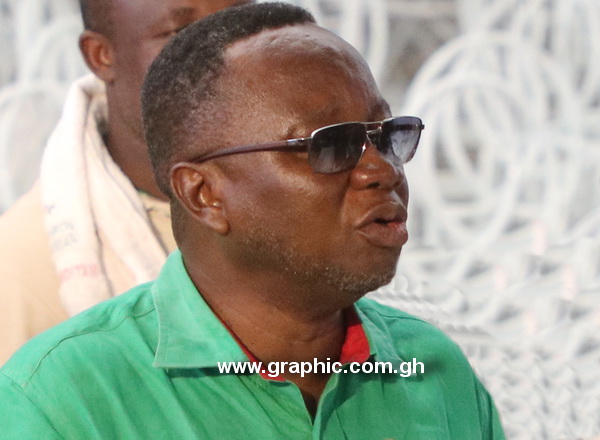 A former Cabinet Minister in the administration of the late President Jerry John Rawlings, Mr Kofi Totobi Quakyi, has described his former boss as “a smart political being”.

Sharing his intimate relations with the late President Rawlings after his demise, Mr Quakyi, who was PNDC Secretary for Information, said the former President Rawlings was intuitive and had a unique way of getting the best out of the people he worked with.

“He was a unique personality who was able to cobble together a Cabinet of purposeful individual talents who helped advance the development of Ghana.

“He instilled some fear in his appointees, to the extent that you would think twice about straying off the straight and narrow path of revolutionary discipline,” he said.

Mr Quakyi said behind his steely public posture, former President Rawlings was quite humorous, caring and understanding, “even if he was difficult to convince sometimes”.

He was sharing his memories of Flt Lt Rawlings yesterday shortly after the passing away of the country’s longest serving leader.

He disclosed that although the defeat of the National Democratic Congress (NDC) in 2000 was painful to the former President, he accepted it in good faith and facilitated the transfer of power to preserve his legacy.

He said the former President did that because he appreciated the mood in the country and understood that a smooth transition would preserve his legacy.

Describing him as a realistic and pragmatic leader, Mr Quakyi said the former President was conscious of the fact that after 19 years at the helm of affairs as a military leader and later as a democratically elected president, there was a mood for change in the country.

He said that mood for change was buoyed by the fact that Mr Rawlings was not on the ballot for the general election of 2000.

Mr Quakyi, who held various positions, including Minister of National Security and Information between 1993 and 2001, was sharing memories of his life and working relations with the late former President.

He described the news of Mr Rawlings’s passing as "unexpected, almost to the point of incredulity".

He said the late President chose the path of peace after the defeat of the NDC and painstakingly laid the foundations for national stability and democratic governance.

He said that action had earned him an enduring legacy that would remain forever.

"We set the heart of the nation at ease with a smooth political transition from one party to another," he said.

According to him, the former President was "one of the most vilified and demonised politicians" in Ghana's history.

He said the late President had been wrongly accused and insulted with unprintable words by his political adversaries.

He recalled that some political adversaries of President Rawlings once put out “a strange and false story that he had gone mad, climbed a tree at the Castle, which then was the seat of the Presidency, and people had to beg him to come down”.

While describing that publication as palpably false, Mr Quakyi said those malicious stories were intended to hurt the credibility of the former President.

Asked how the late President responded to those false reports, Mr Quakyi said: "His tendency was to hit back in equal measure, although he mostly ensured that the allegations did not distract his attention from the bigger picture.”

Mr Quakyi said the past 40 years of Ghana's history "arguably belongs" to the late President Rawlings, owing to the critical role he played in shaping the social, political and economic path of the nation.

He said from May 15, 1979, when President Rawlings burst onto the scene, until his demise, he had an almost daily presence in the eyes of Ghanaians.

He recalled the introduction of the Structural Adjustment Programme (SAP) and the Economic Recovery Programme (ERP) in the 1980s through to the 1990s, which he said helped to salvage the economy from collapse and returned it to a stable one that later became a reference point on the continent.

He said former President Rawlings's ability to successfully navigate those critical moments must not be lost on the country.

From a personal perspective, Mr Quakyi said the late President had reposed a lot of trust and faith in him (Mr Quakyi) and he in turn had served him loyally. #GhanaVotes2020