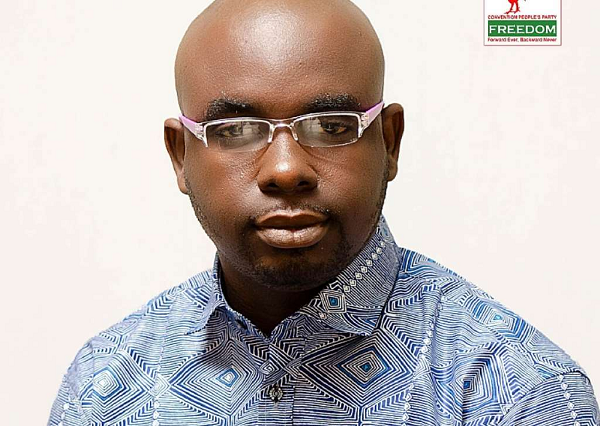 The Parliamentary Candidate for the Convention People's Party (CPP) in the 2020 election, Mr Patrick Ekye-Kwesie, has appealed to the President to re-appoint the Municipal Chief Executive (MCE) for Jomoro, Mr Ernest Kofie.

He said the MCE had brought prestige and unity to the leadership portfolio in the Jomoro municipality of the Western Region and needed to be encouraged to continue with his good works. "At first you needed to be in a particular colour before you could access public facility. But it has changed now," Mr Kwesie said.

Mr Ekye-Kwesie said "one thing I hail the Leadership of the Municipality for is that they have remained non-partisan in executing duties and responsibilities as compared to other municipalities and districts".

He admitted that cooperation among the chiefs especially the landowner, Awulae Annor Adjaye, and the political leaders was awesome with the blend of technocrats, but called for more action on harnessing the human and natural resource base in the municipality.

He said the President "has an integrity to protect in Jomoro and the grounds make it clear that this current MCE can protect and keep the ruling government's integrity intact. So personally and speaking for myself, I think we should collectively rally support for him to be retained".

The politician remarked that "one major achievement of this current MCE is his sense to listen to everyone regardless. He is a listening leader.

I remember when I was dealing with the office of the President on my Mining Permit. He led me throughout the process regardless that I'm his opponent in political circles. Finally I was granted the licence upon his recommendations".

"For me what I know is that in politics, you need such people especially Jomoro as a dynamic municipality."

Mr Ekye-Kwesie identified the Jomoro MCE as proactive and a unifier and said he should therefore be retained to continue with the good works he had started.

According to him, the MCE also came across as a development-oriented leader as evidenced in the peace prevailing in Jomoro and the upgrading of various feeder and town roads within the municipality.

He also lauded the MCE for the provision of health facilities in the municipality with special reference to the development of the Elubo health facility.

Reacting to what new the MCE must bring on board when retained by the President, he said "he must be a chief advocate of the municipality to be divided into two constituencies and again welcome research firms to identify and add value to the numerous resources in the area.