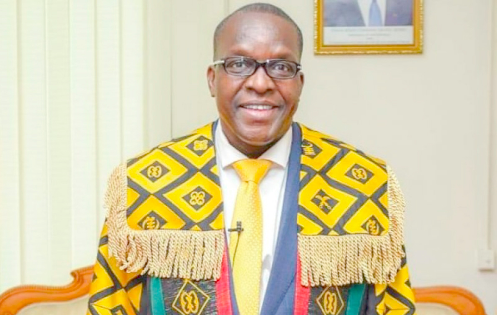 Parliament seems to have its agenda set for it as it resumes sitting on October 26, with the debate over the Promotion of Proper Human Sexual Rights and Ghanaian Family Values Bill topping.

Over the past few days, two groups - one against and the other in support of the bill which is simply known as the LGBTIQ+ Bill – have petitioned Parliament to either reject or approve the bill when it resumes for its next sitting.

Last Tuesday, the Speaker of Parliament, Mr Alban Sumana Kingsford Bagbin, served notice that the third meeting of the First session of the Eighth Parliament would commence on October 26, 2021.

A statement signed by Mr Bagbin and issued in Accra on October 10, 2021 said the meeting was in pursuance of the Standing Orders of Parliament.

The notice required the 275 members of the House to meet for it to commence business at exactly 10 a.m. on that day.

One of the major issues that will come up strongly on the floor of the House will be the consideration of the Promotion of Proper Human Sexual Rights and Ghanaian Family Values Bill, 2021.

It seems the work of the Legislature is being cut for it with the sides taken by the two groups.

Christian leaders support bill Yesterday, a group of big-name Christian leaders with a common purpose, marched to Parliament House to submit memoranda expressing the unflinching support of their groups for the consideration and enactment of the bill.

The leaders included the Presiding Bishop of the Methodist Church, Ghana, the Most Rev. Dr Paul Kwabena Boafo; the President of the Apostolic Church, Ghana, Apostle Dr Aaron Ami-Narh; the National Chairman of the Church of Pentecost, Apostle Eric Nyamekye, and Rev. Abraham Opoku Baffoe of the Christian Council of Ghana (CCG).

With most of them wearing suit, with their clerical collars to match, the clergymen and women warned that any political party whose Member of Parliament (MP) voted against the Promotion of Proper Human Sexual Rights and Ghanaian Family Values Bill, 2021 would have be voted out massively by the members of their churches/religious organisations in the next general election.

They said there would be no room for neutrality, and that anyone who wanted to destroy the nation should not be allowed to rule us.

Backed by their members, the Christian leaders took turns to individually present their memoranda, which were contained in sealed brown envelopes and boxes, to Parliament.

The documents were received on behalf of the Clerk-to-Parliament by the acting Deputy Clerk in charge of Finance, Administration and General Services, Mr Eric Owusu-Mensah, and the Clerk to the Constitutional, Legal and Parliamentary Affairs Committee, Ms Ekua Durowaa Owusu-Agyekum.

Yesterday’s march to Parliament was in response to a public announcement by the committee for the public to submit memoranda to it for consideration.

The groups’ memoranda followed a similar move by the Catholic Bishops Conference, the Assemblies of God Church, the Islamic Council and the Ghana Pentecostal and Charismatic Council.

It also came on the heels of a press conference by a group of 18 renowned legal, academic and civil society professionals, during which they kicked against the Promotion of Proper Human Sexual Rights and Ghanaian Family Values Bill 2021 and pledged to ensure it was not passed into law.

Joined by one of the key sponsors of the bill, the National Democratic Congress MP for Ningo-Prampram, Mr Samuel Nartey George, the leaders of the groups took turns to make submissions on why they backed the passage of the bill against LGBTQI movement in Ghana.

Presenting 6,000-memoranda containing 15,000 signatures of pastors, men and women, the youth and children of the Church of Pentecost and affiliates, Apostle Nyamekye said the church was against homosexuality.

He said the concern of the church, with a population of 3.1 million, constituting 10.38 per cent of the Ghanaian population, was not about the consequences of the act today but the future.

Apostle Nyamekye asserted that the LGBTQI movement was an insult to the intelligence of God.

“If you have a society where there are no absolutes, soon there will be no law and we have to be very careful. Our lawyers will argue for all this but the matter on the floor is not about rights but morality,” he said.

In his submission, the Most Rev. Boafo said the church had, from the beginning, expressed clearly its stance against LGBTQI.

“Today, we are here representing a million Methodists in Ghana to say that we are in support of the bill and today, we are presenting memorandum from the mother church, the children’s ministry and young people who see this bill as very good for them because it talks about their future,” he said.

For his part, Apostle Dr Ami-Narh expressed happiness that the issues of homosexuality, which had been festering in secrecy in the country in the past, had today been brought to the fore to be dealt with.

Speaking on behalf of the General Secretary of the CCG, Rev. Dr Cyril Fayose, a representative of the council, Rev. Opoku Baffoe, quoted Proverbs 14:34: “Righteousness exalts a nation, but sin is a reproach to any people.”

Responding, Mr Owusu-Mensah expressed happiness that Christian groups had taken interest in Parliament, which made laws to serve the interest of the citizenry.

He informed the groups that the Constitutional, Legal and Parliamentary Affairs Committee had already received over 100 memos from all over the world, an indication of how people had interest in the bill.

He said after today’s deadline for the submission of memoranda by the public, the committee would meet to examine the bill, alongside all the memoranda received, and a date would be communicated for stakeholder meetings with interested parties.

“At any point at the committee level, you can be involved if you want to make a presentation before the committee; you will be permitted to do that to shape the bill before its passage,” he told the religious leaders.

The group opposing the bill, made up of academics, lawyers, researchers, civil society organisations (CSOs) and human rights activists, has described it as a flagrant violation of the 1992 Constitution, as it seeks to curtail freedom of expression and the media, the right to assemble and the right to join any association of one’s choice.

According to the group, the bill , when passed into law, would erode fundamental human rights, as enshrined in the 1992 Constitution, and send Ghana to the dark ages of lawlessness and intolerance.

The group, made up of 18 members, has already submitted a 30-page memorandum to Parliament, detailing what it described as the unconstitutionality of the bill.

At a press conference in Accra last Monday, the group said its advocacy was not about whether lesbianism or gayism was right or wrong but rather it was worried about the blatant violations of human rights, as contained in the bill.

It has, therefore, called on Parliament to reject the bill, adding that “it has no place in our constitutional democratic Republic”.

Members of the opposing group include renowned lawyer Mr Akoto Ampaw; author, scholar and former Director of the UN Economic Commission for Africa, Prof. Emerita Takyiwaa Manuh; a communication and media expert, Prof. Kwame Karikari; the Dean of the University of Ghana (Legon) School of Law, Prof. Raymond Atuguba, and the Dean of the University of Ghana School of Information and Communication Studies, Prof. Audrey Gadzekpo.

The bill, which was laid on August 3, 2021, will criminalise the activities of lesbians, gays, bisexuals, transgender, queer and intersex (LGBTQI), as well as individuals and organisations that advocate or promote the act in the country.

It will prohibit a person from providing or participating in any form of surgical services to enable gender reassignment or create a sexual category other than the category of a person assigned at birth, except where the surgical procedure is to correct a biological anomaly, including intersex.

Those who contravene or undermine the provision are liable, on summary conviction, to a term of imprisonment of not less than three years and not more than five years or both.

Moreover, the bill proscribes the promotion and advocacy activities directed at children. Thus, any person who uses the media and other electronic channels to produce, procure, market, broadcast, publish or distribute materials or information directly or indirectly directed at children with intent to evoke the interest of children in an activity could face a jail term of not less than six years and not more than 10 years.

Besides, it seeks to provide accused persons access to medical help or treatment and prohibit extra-judicial or inhumane treatment of persons accused of offences under the bill.

Sponsors
The bill was initiated by eight Members of Parliament (MPs), seven of whom are from the National Democratic Congress (NDC), with one being a New Patriotic Party (NPP) legislator.

Already, the Parliamentary Select Committee, Legal and Parliamentary Affairs, has announced to the public a number of bills that have been laid in Parliament and referred to the committee for consideration and report.

The committee has, therefore, requested for written memoranda in respect of the bills.

“The memoranda must reach the committee not later than Thursday, September 30, 2021, through the postal or email address to the Clerk to the Committee, Committee on Constitutional, Legal and Parliamentary Affairs, Office of Parliament,” it said.