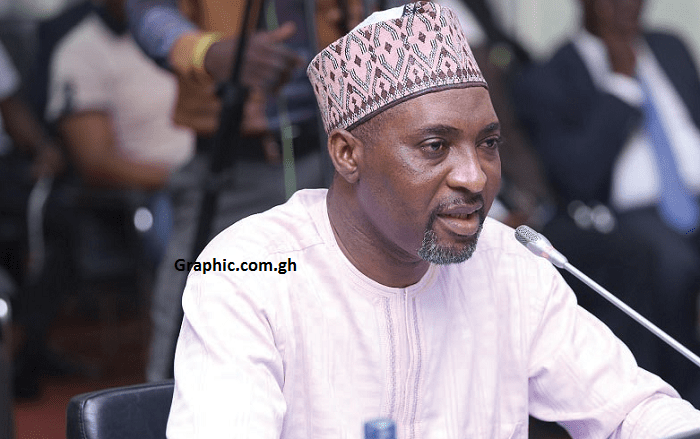 Speaking at a press interaction between leaders of Parliament and journalists in Accra on Thursday, Alhaji Muntaka said he felt that he should have restrained himself despite the provocation.

He said human as he was the innate feeling of self-preservation took the better side of him when he came under verbal attack from his colleague MP.

The exchanges, which happened before the commencement of the business of the House, were occasioned by the referral of Mr Agyapong to the Privileges Committee of Parliament for allegedly inciting the public against the murdered journalists, Mr Ahmed Hussein-Suale.

Mr Agyapong blamed Alhaji Muntaka for raising the issue on the floor of Parliament last Tuesday, which necessitated the Speaker of Parliament, Professor Aaron Michael Oquaye, to refer him (Mr Agyapong) to the Committee.

The two legislators used unprintable words on each other.

It took the intervention of MPs from the Majority and Minority sides to restrain their colleagues from engaging in fisticuffs.

In fact, this was the second time Mr Agyapong had been referred to the Privileges following submsioons by Alhaji Muntaka.

The first instance was when Alhaji Muntaka alleged that Mr Agyapong had made contemptuous remarks about Parliament and the Majority Leader, Mr Osei Kyei-Mensah-Bonsu.