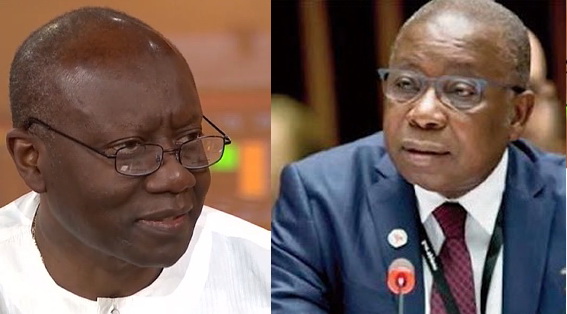 The ad-hoc committee of Parliament that probed the contract agreements for the purchase and supply of the Sputnik-V vaccine has urged the Minister of Finance to take steps to recover the GH¢16.3 million which was paid to Sheikh Ahmed Dalmook Al Maktoum.

However, an attempt by the Minority in Parliament to push for a motion to sanction and remove the Minister of Health, Mr Kwaku Agyemang-Manu, from office over the purchase of the vaccine was blocked last Friday when the Second Deputy Speaker, Mr Andrew Asiamah Amoako, deferred the ruling on the motion until the next meeting of Parliament.

The money to be recovered covered the cost of the Sputnik-V vaccine that the Ministry of Health (MoH) paid to Sheik Al Maktoum, a member of the ruling family of the United Arab Emirates in Dubai, who served as a middleman.

“The committee urges the Minister of Finance to take steps to recover the money due the Republic in respect of US$2,850,000 (Cedi equivalent of GH¢16,331,640), being the cost of the Sputnik-V vaccine that was proposed to be procured,” the committee said in its report.

The nine-member committee said: “We found that $2.85 million, representing 50 per cent of the contract sum of $5.7 million, has been paid to Messrs Al Maktoum, and this translates into the cedi equivalent of GH¢16.3 million converted at the then prevailing exchange rate of US$1 to GH¢5.73, whereas the minister said he had no knowledge of payment under oath.”

The committee, chaired by the Deputy Majority Leader, Mr Alexander Afenyo-Markin, was tasked to investigate the procurement contract between the government of Ghana and Sheikh Ahmed Dalmook Al Maktoum and S. L. Global for the supply of the Sputnik-V COVID-19 vaccine.

Per the report of the committee, the procurement and supply of the Sputnik-V COVID-19 vaccine was an international agreement, which required prior parliamentary approval to come into operation, in accordance with Article 181(5) of the 1992 Constitution.

It said the MoH, however, did not seek approval from the board of the Public Procurement Authority (PPA), under sections 40 and 41 of Act 663, before signing the agreements.

It noted that the ministry, however, applied for ratification under Section 90(3) (c) of the act, which had still not been granted.

“The minister explained that the prices achieved under the two agreements included the cost of documentation, shipping, packaging, logistics and expenses in relation to transportation of the vaccine from its place of origin to Ghana,” it said.

The report noted that the ministry entered into the two agreements without Cabinet approval but only based on a ministerial decision, having regard to the advice of the COVID-19 Emergency Operating

Based on its findings, the report said, the committee was of the opinion that even if the situation in the country at the time the agreement was signed was that of an emergency, due process of law should have been followed because Parliament would have treated the issue with the urgency it deserved and the appropriate action taken accordingly.

“The agreement would have been taken under a certificate of urgency, in accordance with the Standing Orders and the practices of the House. The point must also be made that even if it was an emergency, the minister should have found time to communicate effectively and engage with the Committee on Health.

“The extensive engagement would have saved the ministry from the negative reactions from the citizenry and some Members of Parliament,” the report said.

In that regard, it recommended that in future any such transaction, whether local or international, should be subjected to broader stakeholder consultations and taken through due process of law, including parliamentary approval.

On the floor of the House last Friday, the Minority said the Minister of Health failed to live up to his oath of office as a minister of state and, therefore, must be removed from office

They claimed that the minister misled a committee of Parliament when he told it that as far as he was concerned, the Ministry of Finance had made no payment for the vaccines, contrary to the fact that the ministry had so far paid GH¢16.3 million, representing 50 per cent payment.

Vote of ‘no confidence’

Moving the motion, the Minority Chief Whip, Alhaji Mohammed-Mubarak Muntaka, said the minister, not having lived up to his oath of office to protect the public purse, was not fit to occupy the office as a minister of state.

“We on this side of the House are calling for a vote of ‘no confidence’ on the minister; he does not fit to occupy this office, having betrayed the trust the people have mandated him with and having broken the laws of our country,” he said.

He, therefore, requested the Speaker to put a question on the motion for it to be part of the committee’s report.

Alhaji Muntaka, who is the NDC MP for Asawase, said the rationale behind the decision by the minister to sidestep Parliament and the PPA in signing the contract with Al Maktoum was unjustifiable.

“When you have an emergency and you apply to Parliament, Parliament has a mechanism to assist you to fast-track whatever you want to do in the best interest of this country and, therefore, emergencies could not be used as an excuse,” he said.

Giving a ruling prior to the House adjourning sine die, Mr Amoako told the House that the motion on the committee’s report had been moved and seconded accordingly.

He said he was unable to put the question on the motion for an amendment to the committee’s report, as requested by the Minority.

“I defer the question till we resume; that is my ruling and the question will be put at the appropriate time,” he said.

Moving the motion for the House to adopt the committee’s report earlier, Mr Afenyo-Markin said the minister had told the committee that he had resorted to single sole sourcing because at the time of the outbreak of the COVID-19 pandemic country-to-country dealing had failed.

That, he said, led to Mr Agyemang-Manu relying on private sources to enable the country to get the vaccine to save lives.

He said when the committee wrote to the Ministry of Finance to furnish it with the details in relation to the transaction within 24 hours, the ministry disclosed that $2.8 million (GHc16.3 million), representing 50 per cent payment, had been made.

Mr Afenyo-Markin said the Health Ministry later wrote to the private office of Sheikh Al Maktoum to refund the payment made so far.