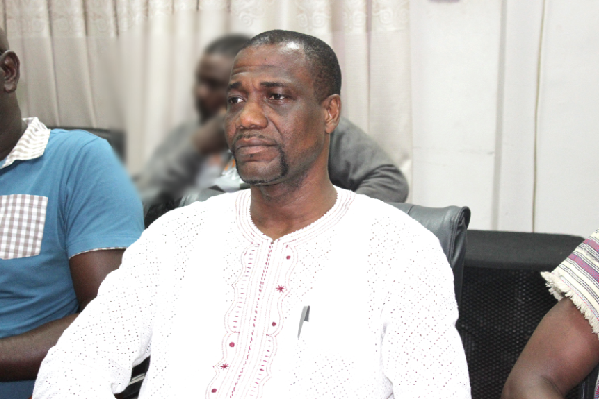 The rising lawlessness and acts of impunity in the country begin from the political parties who are consistently flouting the constitutional provisions of Article 55, as well as Act 574 of the Political Parties Law.

According to an independent presidential candidate in the 2012 and 2016 elections, Mr Jacob Osei-Yeboah, aka JOY, if political parties that are seeking the mandate of the people, are themselves flouting the laws guiding, regulating and governing their operations, then they should be the first point of blame for threats of insecurity of the people, growing lawlessness and impunity in the country.

He was reacting to a front page lead story of the Daily Graphic headlined: “Political parties flouting law on submission of accounts to EC,” which was published on Wednesday, June 14, 2017.

In that story, it was reported that six months after the 2016 general election, the political parties that participated in the polls were yet to comply with the Political Parties Law, which mandates them to submit their audited statements of accounts to the Electoral Commission (EC).

This was what came out of a fact-finding mission by the Daily Graphic to the head office of the election management body in Accra.

According to Section 14 (2) of the Political Parties Law 2000, Act 574, a political party shall, within six months after a general or by-election in which it has participated, submit to the commission a detailed statement in such form as the commission may direct all expenditure incurred for that election.

The Act further stipulates that a statement submitted under that section shall be supported by a statutory declaration made by the general or national secretary and the national treasurer of the political party.

Article 55 sections 4,5,6,7,8, in particular, of the 1992 Constitution spells out the conditions under which political parties shall operate in the country. Section 4 states that: “Every political party shall have a national character and membership shall not be based on ethnic, religious, regional or other sectional divisions.”

Section 5 also states that, “The internal organisation of a political party shall conform to democratic principles and its actions and purposes shall not contravene or be inconsistent with this Constitution or any other law”.

“This is where selective justice is; so political parties can flout their own laws regulating their conduct and operations because they are above the law,” Mr Osei-Yeboah opined.

Mr Osei-Yeboah said there seemed to be selective justice and expressed the hope that the two major political parties, the ruling New Patriotic Party (NPP) and the major opposition party, the National Democratic Congress (NDC), would respect and adhere to the laws of the land.

Mr Osei-Yeboah said, “As custodians and superintendents of the Constitution, flouting the very laws they seek to protect begins with lawlessness and has contributed to the canker prevailing in the country”.

He added that he expected President Nana Addo Dankwa Akufo-Addo, as a respected lawyer, to lead the crusade for political parties to respect their own laws and comply with their provisions.

Mr Osei-Yeboah noted that political parties had failed to be visible or be present in two-thirds of the districts, yet the EC had granted them final certification to operate as fully fledged parties in the country, a move that contravenes the law.

In Mr Osei-Yeboah’s view, it is becoming a yearly ritual where the EC complains about the disrespect political parties show to the people and their own rules of engagement, yet the EC does very little, while the political parties walk away without any sanctions.

Mr Osei-Yeboah was of the view that there was no democracy in the country but rather what he described as a “klyptocracy” where “a few steal from the people and put the burden of debt on the people without caring”.

“We don’t have politicians but noble criminals parading themselves as politicians,” he lamented.

It was also noted that most of the newly registered political parties failed to adhere to the declaration of their assets and their expenditure as captured in Section 13 (1) of the law.

The section states: “Every political party shall, within 90 days after the issue to it of a final certificate of registration under Section 11, submit to the commission a written declaration giving details of all its assets and expenditure, including contributions or donation in cash or in kind, made to the initial assets of the political party.”

Confirming this to the Daily Graphic in Accra recently, the Director of Finance of the EC, Mr Joseph Kwaku Asamoah, and the Director of Elections, Mr Samuel Tetey, disclosed that the seven-member commission would have to meet by the end of June to exact the appropriate punishment.

Expatiating on the provisions, they said the EC wrote to remind the political parties through a press release on April 11, 2017.

“This was preceded by an earlier letter which requested the parties to comply with the provisions of the law but, so far, they are yet to do so,” they explained.

It would be recalled that just before the 2016 election, a few political parties were able to submit their audited financial statements to the EC as the law required.