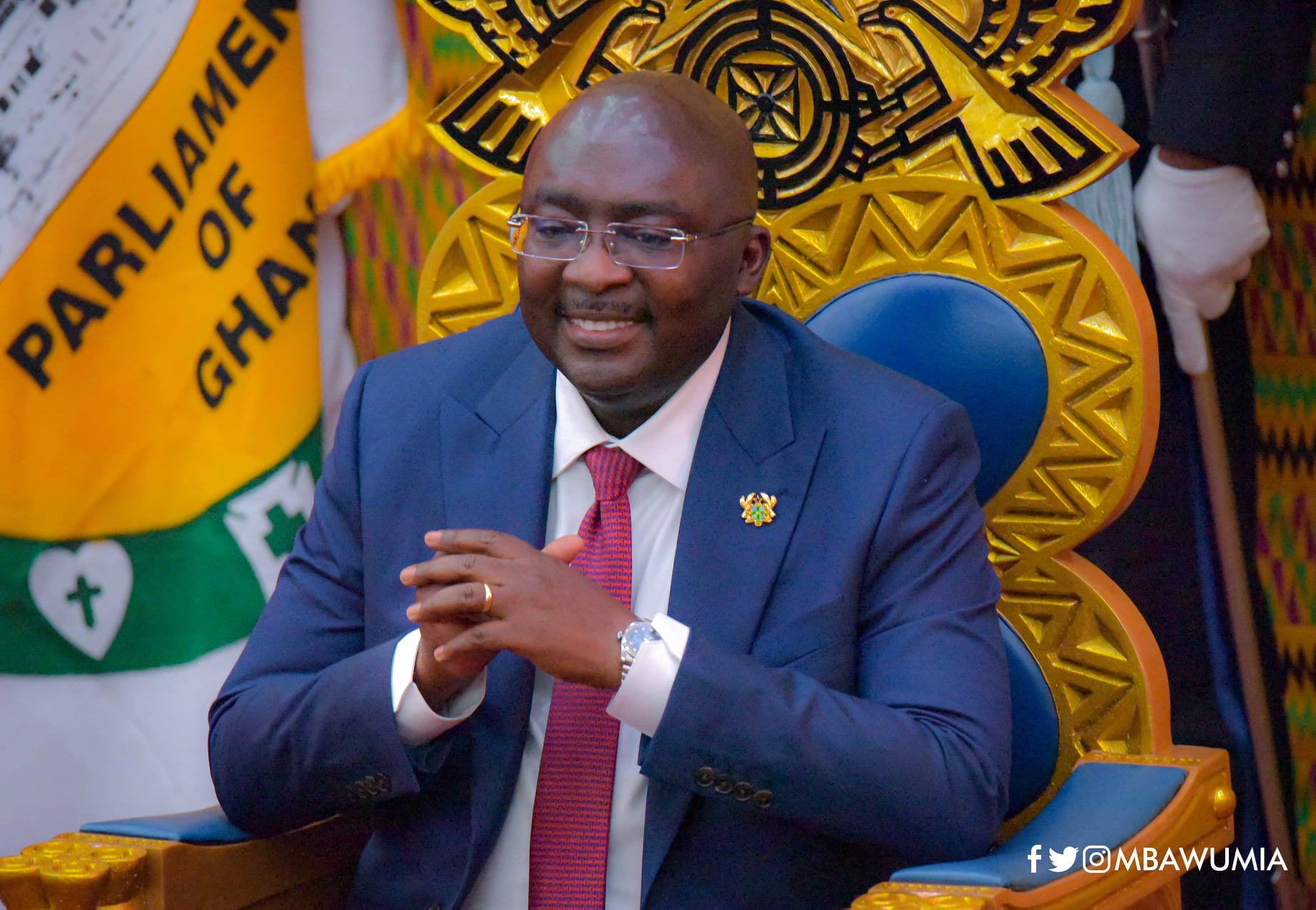 The Vice President, Dr Mahamudu Bawumia will speak on the economy on Thursday, April 7, 2022.

He will be using the opportunity of an invitation extended to him by the National Youth Wing of the New Patriotic Party (NPP) and the Danquah Institute (DI) to address issues on the economy.

There have been public calls for the Vice President, noted for his economic prowess, to speak on the economy.

Some critics have in recent times, asked about the whereabouts of the Vice President at a time Ghana’s economy was going through some challenges as a result of Covid-19 and the ongoing Ukraine/Russia invasion which has had global effects on oil and economic activities.

Dr Bawumia has been at the forefront of Ghana's digitalisation agenda.

His political opponents, have accused him of intentionally recently shying away from commenting on the economy.

But responding to his critics last week when he addressed participants in this year’s agricultural students career guidance and mentorship dialogue bootcamp (AG-STUD Africa Bootcamp 2022) at the Jubilee House in Accra the Vice-President said: “Sometimes people say ‘well, we thought you were an economist, but you’re doing so much in the IT space.

Have you left economics behind?”

“No, no, not at all. In fact, it is because of the economy that I am focusing on digitisation because without building those pillars, our economy will just not be able to stand on its own feet.

The Vice-President said he has not abandoned matters on the economy, as some people seek to suggest.

He explained that what he was doing with regard to digitisation and digitalisation had a direct bearing on the economy.

The Vice-President will therefore be using the opportunity of the event to be hosted at the Pentecost Convention Centre at the Millenium City at Kasoa to speak on the economy.

The event will also host the First Lady, Rebecca Akufo-Addo as the Special Guest of Honour.

In an interview with the BBC on Monday, President Nana Addo Dankwa Akufo-Addo said he does not know an economy in the world that is currently doing well.

President Akufo-Addo said Ghana was instituting measures to help the country recover from the ravages of COVID-19.

He acknowledged that the world is going through difficult times and "Ghana is no exception."

"There is no country in the world that is escaping the ravages of both Covid-19 and also the impact of Ukraine [invasion] but what you need to look at, where are the elements being put on the ground that looks beyond the Covid and beyond the Russian Ukraine war? I think that you will find that in Ghana."

President Akufo-Addo for instance said the recovery programme that Ghana have is that which is considered "very credible. And it is what is going to give us [Ghana] the opportunity to come out of this period a stronger economy, and it is that future that we're looking at, when we're attracting people."