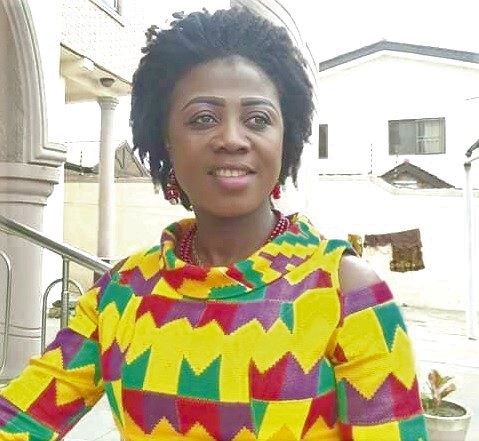 The COVID-19 pandemic has halted many political activities in an election year which should have been bustling with political campaigns, election of candidates and all the euphoria associated with politics.

But for this pandemic, the New Patriotic Party (NPP) would have elected its parliamentary candidates in constituencies where the party has sitting Members of Parliament (MP).

In the Eastern Region, one constituency that would have been interesting is Akwatia where the sitting MP, Mercy Adu Gyamfi aka Ama Sey, is being challenged by three men — Bernard Owiredu Donkor, Ernest Yaw Kumi and Robert Boateng Ampratwum.

The Akwatia parliamentary seat is one of the swing seats in the country. The National Democratic Congress (NDC) has won the seat on two occasions — 1992 and 1996 — before Mr Kingston Akomeng Kissi, current Eastern Regional Chairman of the NPP, snatched it in 2000 for the NPP.

The NPP maintained the seat from 2000 to 2008 until it lost it to the NDC in 2012. The late Dr Kofi Asare, the NPP’s former MP who succeeded Mr Kissi after the latter had voluntarily opted out of Parliament, lost the seat to the NDC’s Baba Jamal in 2012.

Before the general election, the NPP was to present a candidate who could defeat lawyer Baba Jamal, then Deputy Minister of Employment and Labour Relations.

Ama Sey suspiringly beat Alhaji Baba Jamal of the NDC in the 2016 election. She polled 21,433 votes, representing 57.21 per cent of the valid votes.

A hairdresser, Ama Sey’s educational background became a topical issue in the campaign. A smear campaign was waged against her, with verbal attacks by her opponents.

She has always been a businesswoman. Before entering Parliament, she was the Managing Director of Amasey Pharmacy, Kade.

Her supporters believe that she has what it takes to beat the other contestants.
"We are ready for the battle anytime any day. Ama Sey will win hands down as her work in the constituency has been recognised," one of her supporters boastfully said.

A private legal practitioner and Electoral Area Coordinator of the party, Mr Donkor holds a BSc Chemistry from the University of Ghana.

In 2009, he enrolled at the University of Ghana Law Faculty, graduating with a Bachelor of Law (LLB) in 2011. He entered the Ghana School of Law the same year and was called to the Bar in 2013.

He also holds a Certificate in Insurance Claims and Re-Insurance from the National Insurance College.

The multilingual lawyer also worked briefly as Quality Assurance Manager at a food processing company in Tema before pursuing Law.

He has been involved in some high-profile cases such as the Aisha Huang case, the Kwabenya Police shooting case, the SSNIT OBS case, among others. He is currently a retainer lawyer for many entities, including the Denkyembour District Assembly.

An Engineer by profession, Robert Ampratwum is a Certified Professional Engineer, Procurement and Contract Management Specialist, Policy Analyst and a Rural Development Expert.

Six months later, he was made the Regional Agricultural Engineer of the Eastern Region.

He was transferred to the Project Office of MoFA as Agricultural Engineering Expert in the Procurement Unit, where he has since gained remarkable exposure, experience and contacts whilst working with various donor agencies such as the World Bank, the African Development Bank, International Fund for Agricultural Development and Agence Française de Developpment.

An astute communicator, he is a member of the party’s national communication team. He holds a Bachelor of Law from Mount Crest University, an MBA (Corporate Governance) from University of Professional Studies, Accra, Professional Certificate in Corporate Governance from Institute of Directors Ghana and an Executive Mastery Certificate in Business Administration and Enterprise Leadership (Project Management, Logistics and Transport Management Options) from Graduate School of Governance and Leadership, among a host of certificates.

Known as the Akwatia Star Boy, he has served on several committees in the NPP, including the Eastern Regional Youth Finance Working Committee.