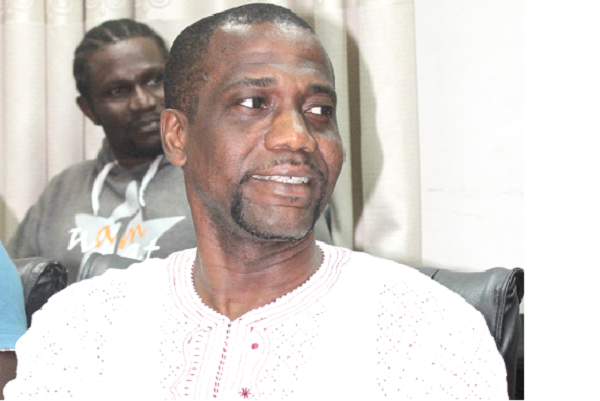 An Independent Candidate in the 2016 presidential election, Mr Jacob Osei Yeboah, popularly called JOY, has advocated the abolition of the multiparty system of governance in the country to make way for a government of national unity.

According to him, after 25 years of multiparty democracy, there was substantial evidence to conclude that it had not inured to the benefits of the ordinary person but just for a few within the political elite class.

It was the conviction of Mr Yeboah that the Fourth Republic, which had seen an alternation of power between the two big political parties,  the National Democratic Congress (NDC) and the New Patriotic Party (NPP), had not improved the lot of Ghanaians, saying Ghanaians had found themselves in a quagmire of worsening poverty.

“They can never be interested in our welfare. Their focus is just to win elections, form a government and rape the system,” he stressed.

Mr Yeboah said this when he together with the Coali

He said it was a very sad commentary that rather than building cohesion for the attainment of national goals, political parties had effectively polarised the nation along party lines and that there was no single issue of national importance that was discussed without political colours.

Mr Yeboah was emphatic on his stance that the country could not be governed with a political party because of the tendency for administrations formed by political parties to place the interest of party faithful and others who helped in the party winning power above that of Ghanaians.

Even when things go wrong, he said, and decisive action had to be taken against offenders, those guilty were always shielded by the party in the name of saving the party’s image.

That practice, he continued, had been the bane of the country’s development since people committed serious crimes for which they deserved to be punished but are unfortunately let off the hook because of party politics.

Trailing the footsteps of President Akufo-Addo

Mr Yeboah said he still considered 110 ministers to be too many and also admonished the President to deal with the menace of vigilante groups.

The fight against corruption

He contended that the fight against corruption was lost before the 2016 election and that was demonstrated in the first month of the Akufo-Addo administration when over 200 vehicles could not be traced.

For him, the free senior high school (SHS) policy was a good step but its functionality had to be improved before 2020. On the national identification system, he said it was also a great tool for new heroes of Ghana and Africa but President Akufo-Addo ought to leave that legacy with intelligent addressing.

“The fight against galamsey is good but we need to know what and who we should fight so we do not deny small-scale miners whose work can shore up the depreciating cedi,” he posited.