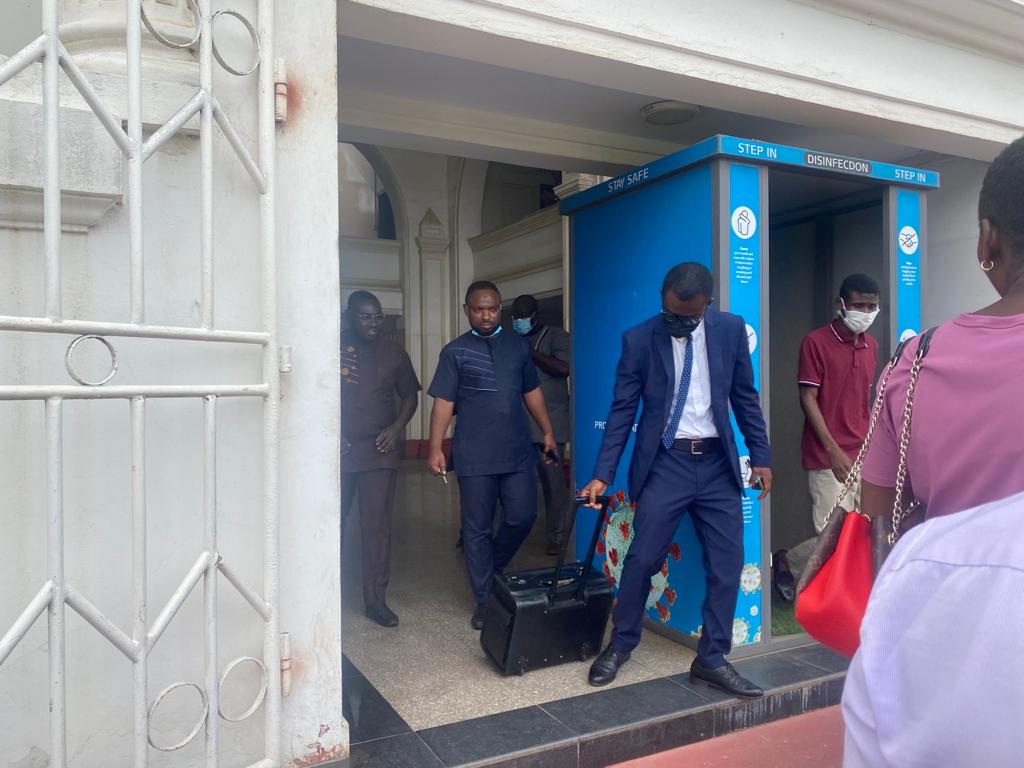 The Supreme Court presided over by a single judge, Justice Clemence Jackson Honyenuga had summoned a Daily Graphic journalist, following an argument by lawyers of FBN Bank and Yaw Boakye that, the journalist ought to be made to disclose the source of his information in a pending case at the Supreme Court.

The Supreme Court went ahead and summoned the journalist, Emmanuel Ebo Hawkson to appear on Thursday, May 5, 2022.

Hawkson complied and showed up on Thursday.

But after hearing counsel for Hawkson, Mr Samson Lardy Anyenini, the court decided not to go ahead for the lawyers of the parties - Yaw Boakye (judgment debtor), FBN Bank (garnishee bank) and  Edward Osei Boakye Trust Fund (judgment creditor), in the pending case to question the court reporter, Emmanuel Ebo Hawkson, about the content of the story in relation to the matters before the court and the source of the information relating to the case before the court.

The Graphic senior court reporter had authored a series of articles about the case involving the estate of the late Edward Osei Boakye of Boakye Mattress fame. 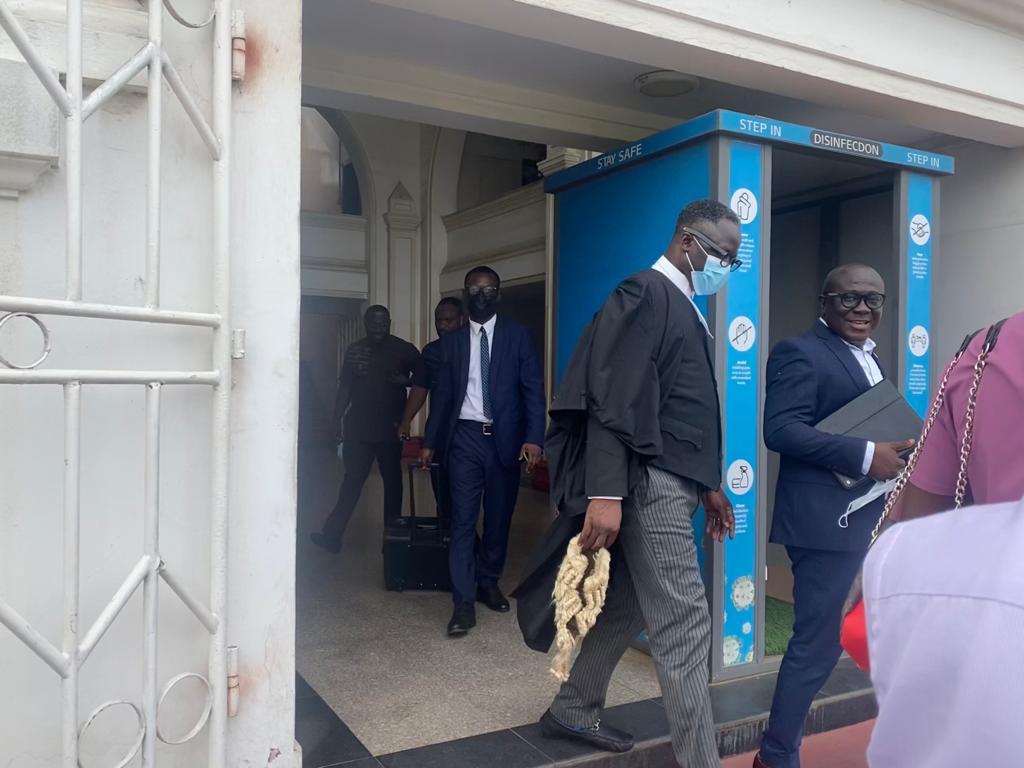 In court on Thursday [May 5, 2022] the Supreme Court decided not to question the Daily Graphic Senior Court Reporter, about the content of a story and his source of information relating to a case before it.

The court, presided over by a single judge, Justice Clemence Jackson Honyenuga, blocked an attempt by lawyers involved in the case to put Mr Hawkson in the dock to reveal the sources of the information he used for the story.

Mr Hawkson had written a story published in the Daily Graphic on April 13, 2022 with the title “Trustees chase Yaw Boakye for property: As controversy over Osei Boakye’s assets deepens”.

Lawyers for the parties had complained about the story and urged the court to order Mr Hawkson to appear before it and reveal his source for the story published in the Daily Graphic.

They claimed the case was not of public interest and wondered why of all the cases before the Supreme Court, the Daily Graphic should be interested in their case.

They had also alleged that the story was not a true reflection of the case and the publication had the effect of damaging the reputation of FBN Bank.

Consequently, the court summoned Mr Hawkson to appear before it Thursday [May 5, 2022].

Mr Hawkson obeyed the court summons and showed up with his counsel, Samson Lardy Anyenini.

However, after listening to the submissions of Mr Anyenini, and the lawyers for the parties involved in the case, Justice Honyenuga decided not to even allow Mr Hawkson to answer any questions and subsequently “discharged” him.

According to the court, if the lawyers had concerns about the story, they knew which remedies to explore.

“I will not want to be dragged into a matter involving the media. In the circumstances, I will discharge Mr Emmanuel Ebo Hawkson,” he ruled.

According to counsel, Mr Hawkson had made reference in the story to an application which had been filed but was yet to be heard by the court.

“We wonder why an article of this nature which was of no public interest was singled out of the many matters pending before the Supreme Court and printed.”

In view of that, he said, it was necessary for Mr Hawkson to take the stand and reveal his source of the information that he used for the story.

For Kojo A. Sarfo, lawyer for FBN Bank, the publication had put his client in a bad light and created the impression that it was in crisis.

Lawyer for the Trust Fund, Amina Ali Issahaque, said her team had not yet read the story written by Mr Hawkson when it agreed with the lawyers for the other parties for Mr Hawkson to be summoned.

According to her, after reading the story, she was of the opinion that the Supreme Court was not the right forum for a party allegedly aggrieved by a news reportage.

In his response, Mr Anyenini said counsel for the judgment debtor had accused his client [Hawkson] of breaching certain regulations in the reportage without assisting the court with the said regulations.

He described the summon for a journalist to appear before a court to explain the source of his reportage as irregular and, therefore, his client had filed a process for the summons to be set aside.

At that point, Messrs Safo and Sogborjor wondered why Mr Hawkson had filed the new process, arguing that the case was a simple matter of him just appearing on oath and revealing his source of information.

This received a sharp rebuttal from Mr Anyenini, who said a summons for a journalist to reveal his source of information on oath was not a simple matter.

“With the greatest respect to my senior lawyer, a request for the journalist to disclose his source is not a simple matter at all,” counsel argued.

Mr Anyenini further argued that the reportage by his client was accurate and based on certified documents filed in the case.

It was also his submission that the record of proceedings showed that the court was misled in granting the summons as a quotation made by Mr Sarfo as part of the story did not exist in the story.

Mr Sarfo replied that he was not quoting from the story but rather paraphrasing.

Mr Anyenini also submitted that the court could terminate the entire summons as it was irregular. 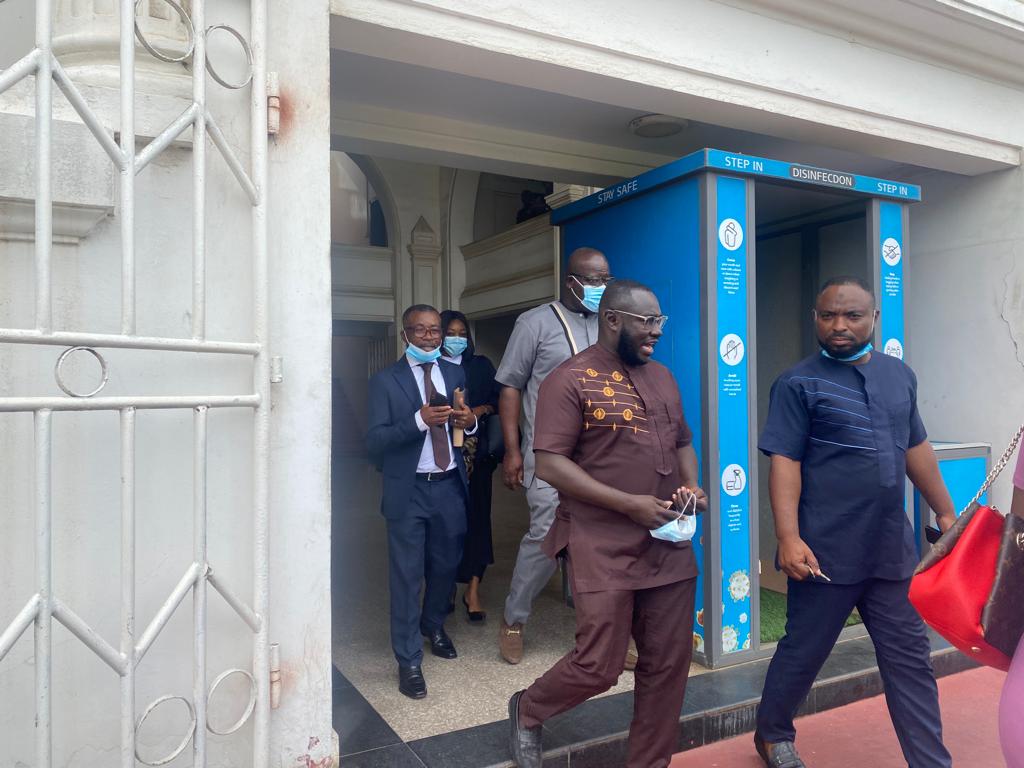 Edward Osei Boakye died in 2006 and at the time of his death the building, which is the subject of the dispute, located between Opeibea and the Golden Tulip Hotel in Accra, was uncompleted.

The first court case in relation to the building was filed on October 17, 2008, by the trustees challenging the validity of a letter purportedly written by the executors of the estate of the late businessman, allegedly allowing Yaw Boakye to complete and take over the building.

The trustees lost at the High Court, but won at the Court of Appeal in 2011 after the second-highest court of the land held that per the will and testament of the deceased, the building was supposed to be given to the Edward Osei Boakye Trust Fund.

The Court of Appeal, therefore, ordered Yaw Boakye to cease all construction works on the property, and also vacate it.

Aggrieved by the decision of the Court of Appeal, Yaw Boakye filed an appeal at the Supreme Court but while the appeal was pending, the parties decided to settle the matter based on terms of settlement, which was adopted by the Supreme Court as consent judgment.

The terms of settlement also included a commitment by Yaw Boakye to allocate one office space on the ground floor of the building upon completion of works.

Court documents showed that Yaw Boakye paid the first year rent of $420,000 after which he reneged on his obligations.

FBN Bank is a tenant in the building and a garnishee bank in proceedings which the Trustees are seeking to use to recover the rent from Yaw Boakye.