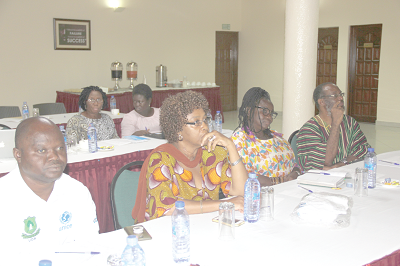 A senior lecturer at the University of Ghana, Dr John Jatoe, has underscored the need for the country to use family planning to fight poverty.

He said one of the key factors responsible for the growing poverty and malnutrition in the country was low patronage of family planning.

Jatoe, therefore, called for intensified education on family planning so that it could be used as a medium to long-term strategy to fight poverty.

He made the call at a conference to disseminate reports on 10 different research projects on themes such as poverty, child poverty and social protection under the Inclusive Development Research Network.

The network, which was launched last year, was initiated by the University for Development Studies (UDS) and UNICEF.

Its focus is to conduct research in the area of inclusive development with the objective of bridging the gap between the rich and the poor.

The network provided small financial grants, technical support, mentoring and policy engagement and networking opportunities for 10 research teams to carry out the studies.

Making a presentation on the research topic: “Determinants of rural poverty and its persistence in Ghana”, Dr Jatoe said the gap between the rich and the poor in Ghana kept widening due to the lack of inclusive development.

The research, he said, indicated that although poverty seemed to have been reduced over the last decades at the national level, the situation was different for some people, especially in the farming communities, as the poor continued to become poorer.

“The poverty situation has become worse in some areas due to poorer crop yields, loss of farm lands, aging farming hands and lower prices for agricultural products,” he said.

He, therefore, recommended to the government to ensure that farmers had access to affordable credit, draw up skills training programmes for the youth, provide appropriate infrastructure for their work and reduce the cost of farm inputs.

Another lecturer at the Economics Studies Department of the University of Cape Coast (UCC), Dr Benedict Afful, who presented research findings on the topic “Effect of Economic dependency on income and wealth inequality in Ghana,” said about five persons depended on one person for their economic sustenance in the country.

He said the economic dependency, which was due to high unemployment and aged rates, among other factors, put pressure and burdens on the income of the few working people.

That, he said, was also partly responsible for corruption, as people had to amass wealth to meet the needs of their dependents.

He, therefore, recommended to the government and other partners to provide the unemployed with skills to reduce economic dependency in the country.

The Principal Coordinator of the network, Dr Edward Mahama, said the country needed research input to tackle the issue of the poor and the rich, hence the network to bridge the gap.