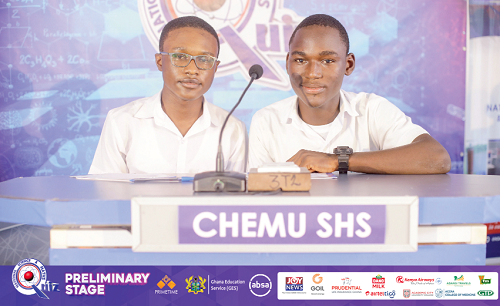 After two weeks of nerve-racking contests, nine senior high schools have booked their places in the semi-finals of the National Science and Maths Quiz (NSMQ).

This was after some of the big names fell by the way side, edged out by the underdogs.

This year's edition of the NMSQ produced some shocking results with some of the big schools that dominated the contest falling by the way side.

The likes of Adisadel, St Augustine’s, Achimota, Pope John’s, all former champions, and Accra Academy are missing in the list of the prestigious nine schools that have so far made it to the semi finals.

Making it to the semi finals are four ‘underdog’ schools that will be battling big names within the education sector in the NSMQ for a place in the finals and possibly claim the bragging rights.

The semi finals contests, slated for the Saarah-Mensah Auditorium of the Kwame Nkrumah University of Science and Technology (KNUST), would involve four past winners and five schools that have not won the NSMQ.

The past winners are the Presbyterian Boys' Senior High School, which has won the contest more than any other school in the country and St. Peter's SHS, Prempeh College and Opoku Ware School. 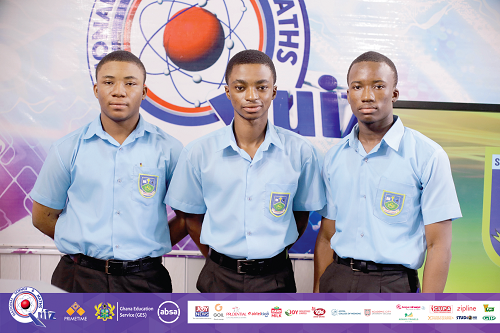 Those who have not won the contest are the Wesley Girls' High School (dominance of the WAEC Excellence Awards), Keta Senior High Technical School (SHTS), Chemu SHS, the Kwame Nkrumah University of Science and Technology (KNUST) SHS and the Tamale SHS.

In the first of the three semis for today, the lads from Chemu Senior High School will have to double their efforts in order to kick out the defending champions, PRESEC, Legon and the boys from Nkwatia-Kwahu, St Peter' Senior High School.

From all indications, the Presecans have made it clear that they are prepared to make it seven and win the championship back to back as they did in 2008 and 2009.

St Peter's SHS, on the other hand, are also trying to increase their tally to four and be part of the NSMQ hall of famers. 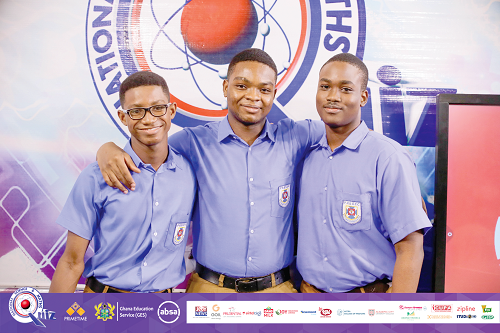 In the second semi finals, Wesley Girl's High School, the only surviving all girls school in the competition, will slug it out with two of the underdogs who have made it to this far and also determined to win the cup for the first time: Keta Senior High School (KETASCO) and Tamale SHS.

KETASCO had a walk over St Louis SHS and Ghana National College while the Tamale SHS clipped the wings of ADISCO and KUMACA. While KETASCO won with a 17-point, Tamale SHS won it with 15 points margin. WeyGeyHey, on the other hand, made it past Pope John’s with seven points to qualify for the semis for the first time.

The last qualifier for the finals could be termed as an all Kumasi affair as all the three schools are from the Ashanti Region.

While Kwame Nkrumah University of Science and Technology (KNUST) SHS will try to make a name for itself, one can say that the real battle will be between the Fankyenebra boys — Opoku Ware SHS (OWASS) and the Sofoline lads — Prempeh College.

The rivalry between these two schools knows no bounds and each will go to any length to win whatever competition or prize is at stake.

Currently, Prempeh College owns the bragging rights as the school with the second highest number of wins (4) while OWASS has won for just two times.

Prempeh College was the first school to win the cup when the competition started in 1994 and the last time they won was in 2017.

While the big names will try to stamp their authority, the new comers, on the hand, will also want to make a name for themselves and slay the champions.