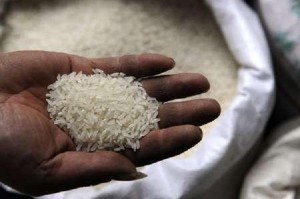 An economist and industrialist, Mr Tony Oteng-Gyasi, has called for an Executive Instrument (EI) that will compel public and private institutions to procure and consume local rice.

He was of the view that such a law would help provide a ready market for farmers and processors of the crop, leading to increased production of the cereal and sustained growth in the crops subsector of the agricultural industry.

Speaking to the Daily Graphic in Accra last Wednesday, he said the current situation where moral suasion was being applied to get Ghanaians to patronise local rice was not productive enough.

He said there was the need for legislation which would make sure that local institutions such as prisons, hospitals and schools patronised local rice.

He pointed out that such a policy could also prop up the economy, adding: “Ultimately, it is good for the economy when we buy local rice.”

The industrialist argued that legislation, with sanctions for the person who fell foul of it, would be of great help to the nation, farmers and other players in the value chain.

Mr Oteng-Gyasi, who is a former President of the Association of Ghana Industries (AGI), was speaking on how to sustain the ongoing campaign for the consumption of locally produced rice and extend it to other products in which the country and indigenous businesses in particular had competitive advantage.

While describing the initiatives as laudable, Mr Oteng-Gyasi, who is also the Founder and Managing Director of Tropical Cable Conductor Limited (TCCL), said history had showed that the goodwill and moral suasion that were being used to canvass support for indigenous rice “have never worked” and would not yield lasting results.

“In my opinion, it will be good to back it (the goodwill) with some legal force or something of that sort,” he said.

SHS students to consume only local rice from 2020

Government to ban rice imports by 2022

President Akufo-Addo has given instructions to all state agencies to patronise local rice.

Although Mr Oteng-Gyasi lauded the President and the Vice-President for their advocacy and directives, he believed legislation held a stronger position on the issue.

“So, in order not to leave it to the discretion of the individual purchasing officer, it is important that some executive instrument or some way of enforcing the purchase of local rice by all institutions is instituted because goodwill has proved not to be sufficient,” he said.

If local rice was not purchased, in spite of the coming into force of the EI, Mr Oteng-Gyasi said, “there can be an audit to see which rice an institution purchased at what time”.

All that, he suggested, would motivate rice farmers and millers to increase production to levels that would help make the country self-sufficient in rice production.

Rice consumption in the country has enjoyed strong growth, with data from the International Food Research Institute (IFRI) showing that per capita consumption rose from 17.4 kg between 1999 and 2001 to 24kg between 2010 and 2011.

A chunk of that growth had been satisfied by imports, according to the data.

Mr Oteng-Gyasi, who has been a strong advocate for local businesses, said those imports could easily be replaced with locally grown rice when the right policies and programmes were in place.

One such programme, he said, was the establishment of a central purchase and tendering system for the purchase and supply of rice to institutional buyers.

“Rice is a non-perishable commodity and so you could have a central purchase tendering system where the government is buying a few thousands and distributing them to all the agencies that require it,” he said.

He noted that the National Buffer Stock Company Limited (NAFCO) could play that role to help ensure that ordinary consumers were not easily deceived into consuming imported rice disguised as locally produced rice.

He said he was also hopeful that increased demand for locally produced rice would help lower the prices of the produce.

To further ensure that people did not re-bag imported rice to sell as local produce, Mr Oteng-Gyasi said the Ghana Standards Authority (GSA) should certify all indigenous rice for easy identification by consumers.

He advised the government and other stakeholders to take advantage of the current euphoria around the consumption of locally produced rice and extend the campaign to other foodstuffs.