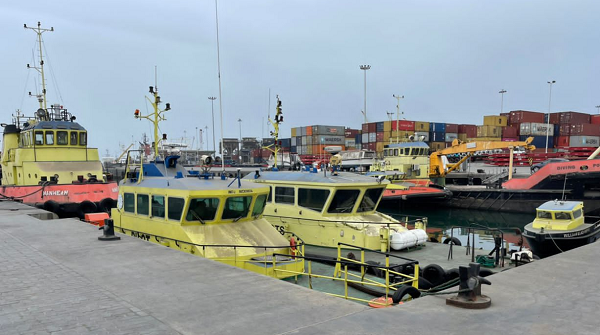 A strike action declared by the Workers Union of the Ghana Ports and Harbours Authority (GPHA) has entered day two, leaving vessels that are to discharge cargos at the various holding terminals stranded at anchorage.

The workers have remained resolute with their demands for the 20 per cent container cargo business retention between the Authority and the Media Port Services (MPS), developers and operators of the Terminal Three facility at the Tema Port.

The Day Two of the strike is likely to affect devanning (unstuffing) of container imports which could also go to affect importers and agents who might have made arrangements to clear their cargos from the holding terminals at the Port.

While the Director General of GPHA, Michael Luguje had on Tuesday assured the workers that the signing of the retention agreement would be done on Thursday, July 14, 2022, the workers maintained that until they see a documentary evidence which concede the percentage as well as do away with with a No Duty, No Exit Policy introduced by the Ghana Revenue Authority (GRA) for containers exiting the MPS Terminals to the GPHA facilities must have import duty taxes paid on them, they won't back down on.

The policy, they say denies GPHA of the needed revenue as importers may not be obligated to pay handling charges and other fees that may be due the Authority since they would have already made such payments to the private operator.