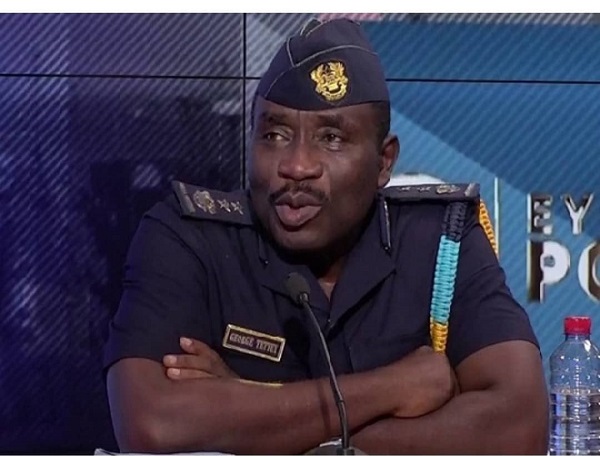 Sixty personnel of the Customs Division of the Ghana Revenue Authority (GRA) have completed a three-week training on counter-terrorism at the 64 Infantry Regiment at Asutuare in the Shai Osudoku District of the Greater Accra Region.

The training formed part of the division's preparation to assist other state security services to ward off any threat of terrorism at the country's borders.

The training was also to enhance the capacity of the division's Counter-Terrorism Unit (CCTU).

The enhancement programme involved combat fitness and mountaineering exercises of 1.6 kilometres above sea level, with a 10 kilogramme load pack.

They were also taken through map reading and basic navigation, safety precautions on the handling of the AK47 rifle, close-quarter drills, tactical combat care and physical fitness and discipline to improve self and group confidence, among others.

At the passing out ceremony, the Assistant Commissioner Preventive, George Tettey, indicated that equipping personnel with knowledge and skills on anti-terrorism had become necessary in the wake of increasing attacks within the West African sub-region.

Customs, as a major player in border management and trade facilitation, Mr Tettey said, required the need to update the competency of officers in the face of the escalating risks of violent extremism.

Mr Tettey pointed out that the introduction of drones in border management as an added means of information gathering made the training even more imperative to update the skills of personnel.

"The Division is also building the capacity of some selected officers to man the newly established Drone Unit, which we believe will greatly enhance our border management activities that will complement the efforts being made by sister security organisations to safeguard the country’s security," Mr Tettey said.

He urged the personnel to be vigilant and to also ensure the sharing of intelligence with the front-line sister agencies in order to deal with any incidents of insecurity.

A Principal Analyst at the National Security, Dr Baba Sayuti, urged the personnel to attach professionalism and intelligence to their duties.

He said the present situation within the sub-region meant that the personnel would henceforth perform a dual function of revenue assurance and intelligence gathering.

"The work in the field is going to test your skills and knowledge considering that Customs traditionally exercises control on the movement of, and on trade in, arms, explosives, and ammunition, and the periods demand that you deploy your expertise on particularly suspected illegal flows," Dr Sayuti said.

The Training Officer, Capt. Collins Nkansah, commended the personnel for their endurance during the training, saying it was a demonstration of their readiness to defend the state.

"Ghana is not insulated from such threats, hence we will encourage Customs to adequately train and equip its personnel, particularly those assigned with border management responsibilities.

"Military personnel are always not the first respondents in such attacks; rather they only come in to augment the strength of the frontlines when the need arises for a backup," Capt. Nkansah said.

He also encouraged the personnel to undertake self-learning as a way of updating their skills and knowledge on their own in order to refresh themselves on what they learnt during the period.