'Saiko' fishing will not stop if…– Prof. Akpalu 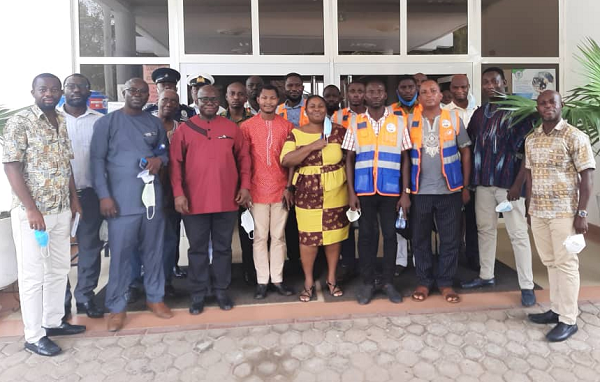 Participants at the round table discussion
30.5k Shares

The Director of the Environment and Natural Resource Research Initiative (ENRRI – EfD Ghana), Professor Wisdom Akpalu says illegal transshipment of fish on Ghana's waters which is popularly called 'Saiko' will not stop if offenders are not severely punished.

He said the saiko business is very lucrative and that fishers prefer to engage in the illegality and pay less fines than conforming to right methods of fishing.

"Crime is business so they compare cost and benefits… so if the cost is less than the benefits, they engage in that," he explained, saying "every criminal is a rational economic being."

Prof. Akpalu was making a presentation during a round table discussion on enforcement of fishing regulation held at the Ghana Institute of Management and Public Administration (GIMPA) in Accra on Tuesday, March 9, 2021.

The forum was aimed at soliciting views on how to properly manage the country’s fisheries sector as well as to draw attention of key stakeholders to the impacts of illegal, unreported and unregulated fishing practices on Ghana’s waters.

Prof Akpalu, who is also a Natural Resource Economist said fisheries offenders feel emboldened to engage in unauthorised methods of fishing when they are convinced that they will not be punished.

"We are potentially losing 200 million dollars every single year because of illegal fishing practices,” he noted.

He expressed the concern that in spite of the dire consequences of the Saiko fishing on Ghana’s fish stocks, the practices has not been stopped and keeps growing by the day.

For him, it appears we as a nation are not taking the needed steps to clamp down on Saiko and other illegal fishing practices due to the wrong notion that the sea can never go dry of its resources—fishes.

That, Prof. Akpalu noted, it is highly unimaginable to think that the sea can never go dry of fishes, indicating that many countries have experienced collapsed of certain stocks due to mismanagement of the sea.

He said "We are not meeting our protein requirement because of the illegal fishing practices which is affecting the stocks,” adding that when the fisheries sector collapses, about 2.5 million fishers in the country will be out of job.

“Business as usual is not going to help us," he said, stressing "As soon as we continue to seek our own interest and expect that others will do the right thing, the problem cannot be solved because everyone will be seeking his own interest."

Touching on premix fuel subsidy, Prof. Akpalu said the practice was contributing to the fast depletion of the country’s fish stocks.

He explained that when fishing inputs are subsidised, it makes it easier for everybody to go fishing, hence leading to overcapitalisation, a problem Ghana is still grappling with.

He said currently Ghana has more fishing vessels and canoes than expected and if the numbers are not regulated and instead we subsidised fishing inputs to encourage more people to go fishing, it will compound the country’s problems.

“Subsidising fishing inputs will help to collapse the industry,” Prof. Akpalu noted, saying “When you do that, you are making it easier for people to go chase the few stocks left in the sea.”

He said the country spends more than $40 million subsidising premix fuel and that such money could have been put to other uses to provide alternative livelihoods for fishers.

Prof. Akpalu, who is also the Dean of the School of Research and Graduate Studies of GIMPA, noted that even the intended beneficiaries of the premix fuel did not get the premix, saying that only 20 per cent of the subsidised premix fuel get to the fishermen and that the rest are diverted and sold on the open markets, where fishers buy them three times the subsidised price.