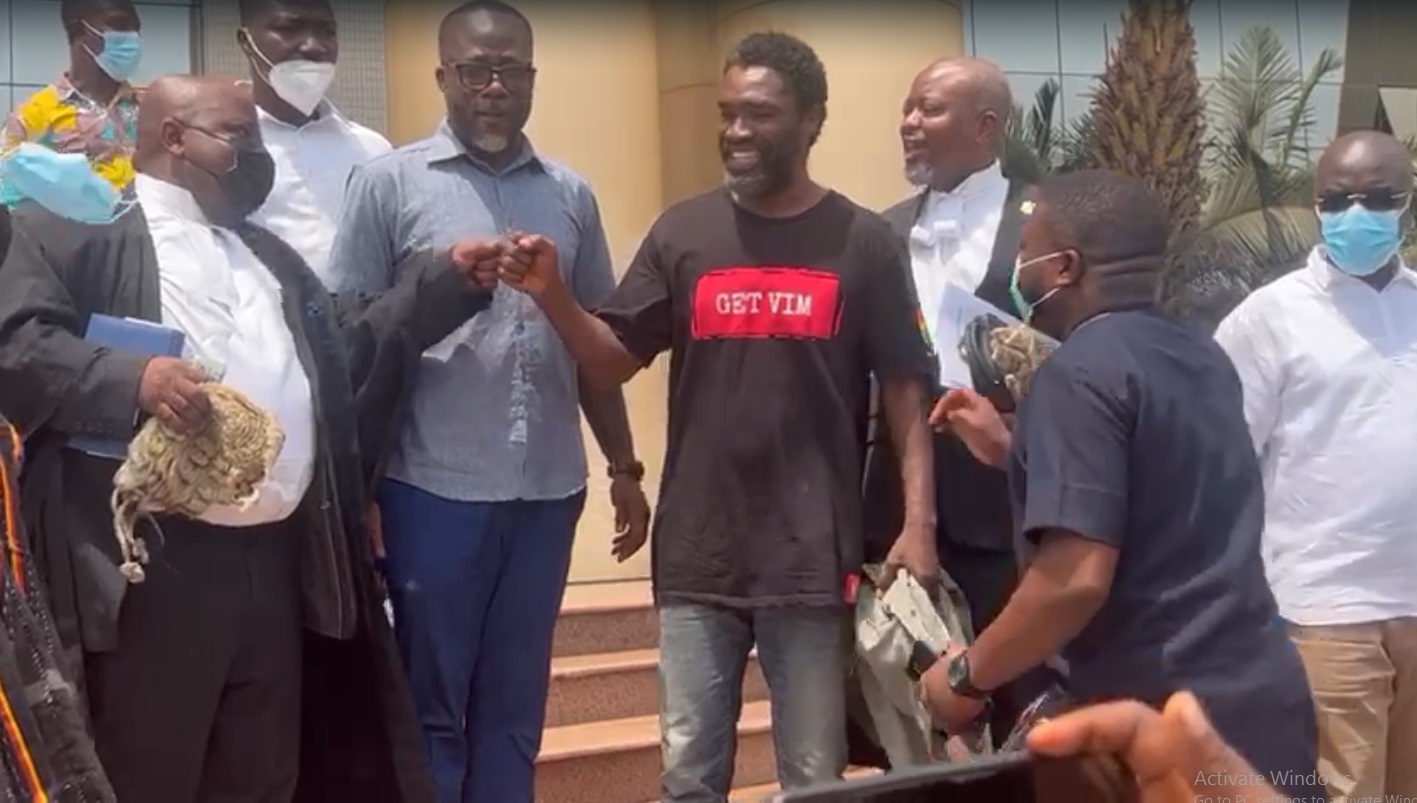 Freelance journalist, Sacut Amenga-Etego was Tuesday re-arrested on a bribery allegation against him, his lawyer Victor Kwadjoga Adawudu has explained.

Amenga-Etego had been discharged by the Accra High Court but moments after he regained his freedom, security officials re-arrested him and detained him.

According to his lawyer, the security officials claim there was a bribery case they were investigating against him.

Asked who was the complainant, Mr Adawudu said he was told it was the state.

Amenga-Etego had last Thursday been arrested and remanded in custody on the orders of the Accra High Court.

He video recorded court proceedings without accreditation or permission.

But when he appeared before the court Tuesday, the court decided to free him.

In a radio interview with Accra based Okay FM monitored by Graphic Online on Wednesday morning, Mr Adawudu explained that while on remand, the security officials told Amenga-Etego about the bribery allegation.

He said in his statement to the security officials, Amenga-Etego opted to remain silent.

Graphic Online’s Emmanuel Ebo Hawkson reported on Tuesday that Sacut Amenga-Etego, who was last week arrested for taking videos of court proceedings has been discharged by the Accra High Court.

Amenga-Etego became a free man after the court, presided over by Justice Lydia Osei Marfo, decided not to punish him despite the videos he took and the fact that he had insulted the judge in unprintable words in chats found on his mobile phone.

"I have not cited Sacut for any contempt of Court. I have no desire to do so although he has bruised my ego. I will hereby discharge him to go out of my court as a free man," the judge said.

Counsel for Amenga-Etego, Mr Victor Kwadjoga Adawudu, pleaded with the court to have mercy on his client.

According to counsel, his client was not aware that court proceedings were not to be recorded without permission.