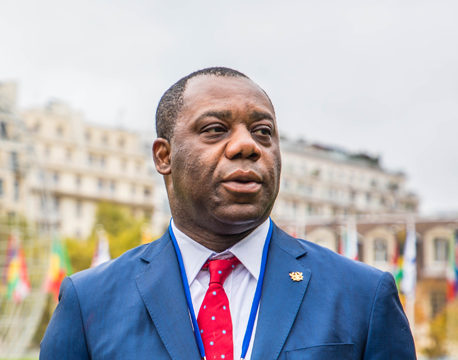 The controversial Public University Bill, 2020 is back to Parliament, and it was read for the second time yesterday.

The Bill is to provide for the establishment, governance arrangements and management of a public university in the country.

It is made up of 56 clauses and five sections and was laid in Parliament by the Minister of Education, Dr Matthew Opoku Prempeh, on November 3, 2020.

The Speaker referred it to the Committee on Education for consideration, during which the members of the committee met and discussed and submitted the report to the House.

The original Bill was reportedly withdrawn after the Minority had kicked against certain provisions in it which stakeholders had claimed would undermine the autonomy and academic freedom of public universities in Ghana.

It was, however, re-laid on November 3, this year.

Various stakeholders, such as the University of Ghana Chapter of the University Teachers Association of Ghana (UTAG) and the Students Representative Council (SRC), had expressed their misgivings about the Bill following the failure of the government to undertake wider consultations with stakeholders.

The Bill seeks to harmonise the finances, administration and governance structure of public universities.

When passed, it will give the government power to appoint majority of members of the University Council.

After a motion had been moved for the Bill to be read for the second time by the Chairman of the Education Committee, Mr William Quaitoo, the Minority in Parliament expressed their unwillingness to support the Bill in its current form.

The Minority Leader, Mr Haruna Iddrisu, said the Bill had received several constructive criticisms and recommendations from a lot of stakeholders, including the SRC and UTAG.

In his view, stakeholder consultations were important for the work Parliament did, a reason the concerns of all stakeholders must be captured in the new Bill.

"That is why Article 106 requires public memoranda. These are stakeholders who are affected by the Bill,” he said, and expressed the hope that the Minister of Education would ensure that stakeholders would be thoroughly engaged and the report of the engagement submitted to Parliament, failure of which “we are unable to support the Bill”.

“We want the legitimate concerns of university lecturers, teachers and students about the governance of public universities to be appropriately covered as we proceed further on this Bill,” he said.

The Ranking Member on the Subsidiary Legislation Committee, Mr Bernard Ahiafor, said the Bill, in its current form, was repugnant to the 1992 Constitution.

"Mr Speaker, if you go to Clause 16(2) of the Bill, it says that the President will have to appoint the Chancellor of the university, and I believe strongly that if this provision is allowed to stay, it will be repugnant to Article 195(3) of the 1992 Constitution," he said.

He added that there was inconsistency in the proposed law because the universities were classified as corporate institutions.

“Yet when you go to clauses 4 to 6, they stipulate that the university cannot enter into a contract, except with the approval of the minister responsible for education," he said, arguing that such a provision defeated the freedom of the universities to take decisions on behalf of the institutions.

Responding, Dr Opoku Prempeh told the House that he was in agreement with the Minority Leader on the essence of and the necessity for wider consultations with stakeholders.

"The Chancellor of every university, since independence, has never been appointed by the university council,” he said, stressing that the power to constitute the governing council to do its job was reserved under Article 70 for the President.

"The representatives of the Conference of Heads of Assisted Secondary Schools (CHASS) and the National Commission on Tertiary Education who sit on all the university councils are not government appointees, as they are not appointed by Article 195 (3).

“They are appointed as council members of the universities by the President under Article 70,” he said.