Public universities are not ready to be weaned off government payroll, a former Rector of the Ghana Institute of Management and Public Administration (GIMPA), Professor Ebo Bondzi-Simpson, has said.

“Unless a road map is settled on, no one on is ready. It is not enough that the concept may be attractive to one or both parties,” he said, adding that the “devil” and challenges would be in the details of implementation.

Prof. Bondzi-Simpson, who was speaking at an experts’ forum on weaning public universities off government payroll, added that such a road map should include clear provisions for bursaries and scholarships for students who might suffer from the policy, support for capital projects at the universities and seed money for endowment funds.

The forum was organised by the University of Cape Coast (UCC) branch of the University Teachers Association of Ghana (UTAG) as part of activities to commemorate the university’s 60th anniversary.

It was on the theme: “Weaning public universities from government payroll: Implications for tertiary education landscapes”.

Prof. Bondzi-Simpson further said it was important to also discuss thoroughly the parameters of control of political powers with such a policy. 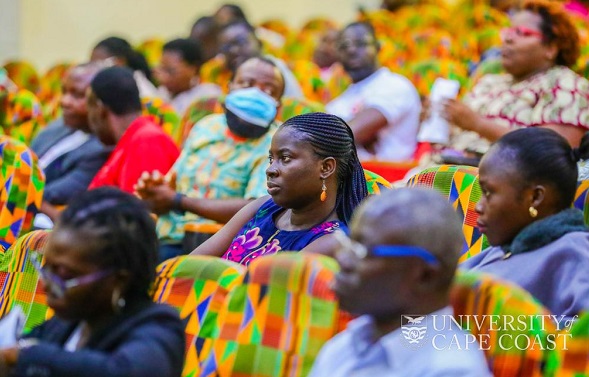 He added that the policy must also avoid the “bat syndrome”, where there was confusion in procurement thresholds, and to what extent universities would be allowed the freedom to determine fees and charges.

According to him, the policy could compel universities to give attention to only demand-driven programmes, to the disadvantage of useful but less-patronised ones.

A former Pro-Vice-Chancellor of the UCC, Prof. George K.T. Oduro, also said the policy was likely to compel universities to charge “realistic” fees and stifle access to vulnerable students, which he said would affect the employment of critical staff, worsen workload on faculty members and eventually the quality of education.

He added that the universities were also likely to concentrate on commercial programmes to finance their activities, at the expense of their core mandate of teaching and research.

“Don’t wean universities from government payroll. The government must recognise public university education as a public good and prioritise its budgetary support, no matter what,” he said.

The Director of the Institute of Educational Planning and Administration (IEPA), Dr Michael Boakye-Yiadom, called for innovative ways to bridge the funding gap of public universities, saying government funding of universities was reducing globally.

He suggested other sources of funding to include alumni contributions and support from corporate institutions.

In a speech read on his behalf, the Minister of Finance, Ken Ofori-Atta, said while every public policy reform would generate social benefits and cost, it did not mean the country should sacrifice the development of its human resource, especially at the current stage of national development.

He, therefore, called for a good balance between the cost and benefits of such a reform, adding that the government would have to conduct a review of revenue and expenditure performances of all public tertiary institutions to ascertain the viability of the policy before it could be implemented.

The minister commended organisers of the forum, which he said was significant, adding that a conducive labour-employer relationship should not be the sole responsibility of the government but all stakeholders to engender mutual trust and confidence.