The Department of Communications Studies of the University of Ghana, Legon, has commemorated its Golden Jubilee, with a call on the government and corporate entities to invest more in digital technology and make it more accessible.

The Founder of the African University College of Communications (AUCC), Kojo Yankah, who made the call, said: “We live in a world where de-linking from digital technology may be suicidal, but it is also a fact that digital technology is capital intensive and requires broad distribution and heavy infrastructure.”

The country ranked fifth, behind South Africa, Egypt, Nigeria and Kenya, in the use of the Internet in Africa in 2022.

With a population of 31.4 million, there were 15.7 million Internet users as of January 2021, with Internet penetration being 55 per cent, according to a Digital Africa research.

Mr Yankah was speaking at a forum in Accra as part of activities marking the Jubilee, which is on the theme: “50 Years of communication scholarship and training: Re-imaging the field in a digital era”.

Mr Yankah further said broadband deployment should move beyond privileged communities in the country and be made accessible and affordable in rural areas.

“We have to make sacrifices and raise the level of technical know how if we have to effectively use strategic communication principles, tenets and skills to invite majority of the population to the democracy and development we all aspire to build.

“Foregrounding an effective strategic communication strategy that aims to reach large sections with digital technology is a very daunting undertaking and we have the uphill task of reaching majority of the people who are actively not connected to broadband,” he said. 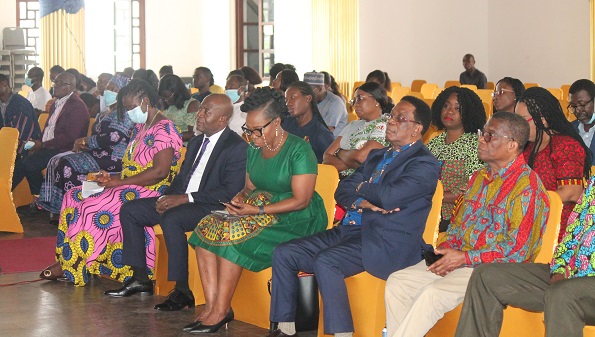 “Literally, garages, huts and farm fields can easily generate the most dangerous pieces of information and get away with it until somebody finds the road to the gates of defamation and other laws affecting the security of the state,” the former Editor of the Daily Graphic said.

In his view, digital technology, including smartphones, robotics, video-streaming, e-books, social media, clouding computing and artificial intelligence, had become more expansive and not applicable in all parts of the country.

Mr Yankah, also a former Deputy Minister of Information, said in spite of the list of authorised media outlets on the website of the National Communications Authority and the National Media Commission, there were over 400 channels of communication spewing all kinds of information to the people.

He recommended that efforts be made to implement a broad digital education policy among the populace, adding that those involved in teaching at all levels should be made to acquire training in computer literacy and digital technology.

Mr Yankah also said people who had the capability to manufacture computers in the country must be encouraged to do so.

The Head of the Department of Communications Studies, UG, Dr Abena A. Yeboah-Bannin, expressed concern over the extreme politicisation of development issues in the country.

The challenge, she said, was that the nation’s problems did not have political colours, as they affected all citizens, and called for dispassionate and non-partisan discourse to find the best way out.

“We do ourselves no favours when we insist that every issue and every speaker on it and every audience for it must bear a political colour,” she said.