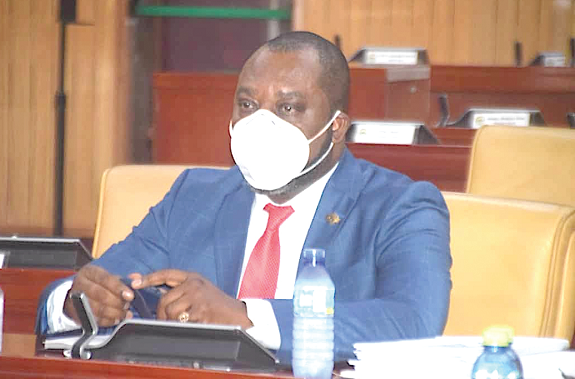 He said the participation of the private sector in the state-owned power distribution company would help to make the ECG curb losses and make it more efficient and profitable.

Dr Prempeh made the assertion when he took his turn at the Appointments Committee hearing last Friday.

He was answering a question from the Minority Leader, Mr Haruna Iddrisu, who is also the Ranking Member of the Committee, if he would openly and transparently privatise ECG as means to improving its efficiency.

The former Minister of Education told the committee that every president the country had had since former President John Agyekum Kufuor had pushed for the ECG to be privatised at different levels, in what he described as “top-down privatisation.”

According to him, during the era of the erstwhile National Democratic Congress (NDC) government the Millennium Challenge Compact took the decision to have the ECG privatised between 20 to 80 per cent.

He said President Akufo-Addo renegotiated the privatisation terms to fall between 51 and 49 per cent, but both fell through.

Use of oil resources

In answer to a question asked again by the Minority Leader who wanted to know what aspect of the Ghana petroleum management regime he would desire to see changed, Dr Opoku Prempeh said he would call for improved transparency in the way money that was gained from the country’s oil industry was declared and used.

“The whole point of the Petroleum Management Act is to ensure that we can transparently account for money received and where we are putting it, such that by the time our reserves run to zero, we can say that unlike gold, bauxite or diamond, this is how we utilised money received from petroleum,” he said.

The nominee said further that it was imperative that Ghana’s natural gas resource was commercialised since cheaper energy from Atuabo to consumers could precipitate the take-off of Ghana’s industrialisation drive.

“If we get gas prices from Atuabo at good rates, we can get cheap energy to use to fire our homes, ensure the refinery of bauxite, iron ore and glass and extraction and processing of cement, fertiliser and plastics.

“We have all combination of bauxite, iron ore, glass and others from their natural state to their value addition state and it is left with the right energy at the right price to industrialise,” he said.

Regarding the debts the government owed to independent power producers (IPPs), Dr Opoku Prempeh said the country kept accruing debts to IPPs every day, regardless of whether the power they produced was consumed or not.

He said because of the nature of the contracts signed with the IPPs, the government had had to pay over $500 million every year for excess power consumed.

He said there was a reconciliatory process for debt assessment and clearance to establish the government’s indebtedness to the IPPs.