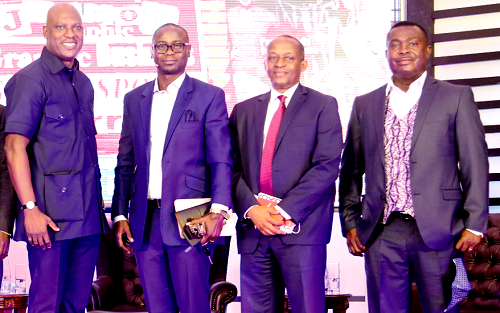 Speakers at the Graphic Business/Stanbic Bank Breakfast Webinar have called for concerted efforts between the private and the public sectors to diversify the economy into action and tangible plans that can be used to build a self-reliant country.

Basing their call on the outbreak of the global pandemic, the coronavirus disease (COVID-19), which is wreaking havoc on economies, including Ghana’s, they concurred that while Ghana had reached a consensus on the need to add value to its raw materials, reduce imports and produce enough to feed itself, it had done less to actualise that desire.

The three experts from accounting and finance, private sector consultancy and academia, therefore, noted that the time had come for the country to leverage the disruptions in supply chains caused by the pandemic, the conducive socio-economic environment, as well as the rich natural resources and human capital available in the country, to create an economy that was varied in structure, self-reliant and thrived on domestic production and trade.

The speakers, who comprised the Country Senior Partner of PricewaterhouseCoopers (PwC), Mr Vish Ashiagbor; the Investment Advisor of the Private Enterprises Federation (PEF), Nana Osei Bonsu, and an Associate Professor of Economics at the University of Ghana, Legon (UG), Professor Eric Osei Assibey, shared their views yesterday at the virtual event which was broadcast over the Internet from the Labadi Beach Hotel in Accra.
It was on the theme: “Leveraging COVID-19 as a launch pad to diversify Ghana’s economy” and was aimed at teasing out ideas, while setting into motion a strategy that would enable Ghana to capitalise on the COVID-19 pandemic to create a diversified economy.

Setting the stage for the discussion, Mr Ashiagbor noted that Ghana had, for a long time, been less successful in adding value to its raw materials, to the detriment of the economy.

He bemoaned the current situation where gold, cocoa and oil, which the country produced in sizeable quantities, were exported largely in their primary forms, in spite of the huge revenue and job creation avenues that existed in their respective value chains.

The chartered accountant said although Ghana might have succeeded in operating that structure of economy for decades, the disruptions in the supply chain systems this year resulting from the COVID-19 pandemic showed that an import-dependent economy would not survive an emergency situation.

“One of the learnings from the COVID-19 is that this is the time that we must think about rebalancing the self-reliance versus import dependence equation. We should leverage those challenges and be able to drive on value addition, make ourselves reliant and do import substitution,” he said.

“What we have been through tells us that we must move a little bit towards self-reliance and being able to sustain ourselves in emergency situations, such as the COVID-19,” he added.

He said while the services sector had served the country well, much needed to be done to help exploit its potential.

“This is another sector that we need to strengthen and diversify a little bit more, so that when we are hit by unexpected events, we can quickly re-organise ourselves and have more of a cushion to support the overall economy,” Mr Ashiagbor said.

Prof. Osei-Assibey also called for a national strategy on how to diversify the economy.

The strategy, he said, would help guide the formulation of policies and the allocation of resources, with the aim to making the economy production-based.

The economist said the interest rate regime was also a bane to domestic industrialisation and called for a policy shift to help bring it down.

He said Ghana could take advantage of the disruptions in the global financial architecture to help bring rates down and make capital more affordable and readily available to businesses.

The Associate Professor of Economics and Dean of the International Studies Department of the UG added that the non-availability of long-term and low-cost funds made it difficult for businesses to invest, retool and expand, activities which would inure to an economic diversification agenda.

While agreeing with Prof. Osei-Assibey on the need to make affordable funds accessible to businesses, Nana Bonsu said the Bank of Ghana (BoG) should make funds available to banks for on lending to businesses.

He said the government and the central bank could devise a structure that allowed the BoG to buy bonds issued by the banks, with the aim to making low-cost, long-term funds available to the lenders for the purposes of lending to businesses interested in industrialisation.

He called on the government to rethink its policy on investments, which he said was largely beneficial to foreign investors, to the detriment of their local counterparts.

He noted that the attempt to diversify the economy would be hampered by the large inefficiencies in the public sector, which he said were largely passed on to the private sector through business relations.

Those bottlenecks, Nana Bonsu added, would make doing business costly and cumbersome, thereby weakening the capacity and the delivery of the private sector.