Over 19,752 citizens conferred with state honours 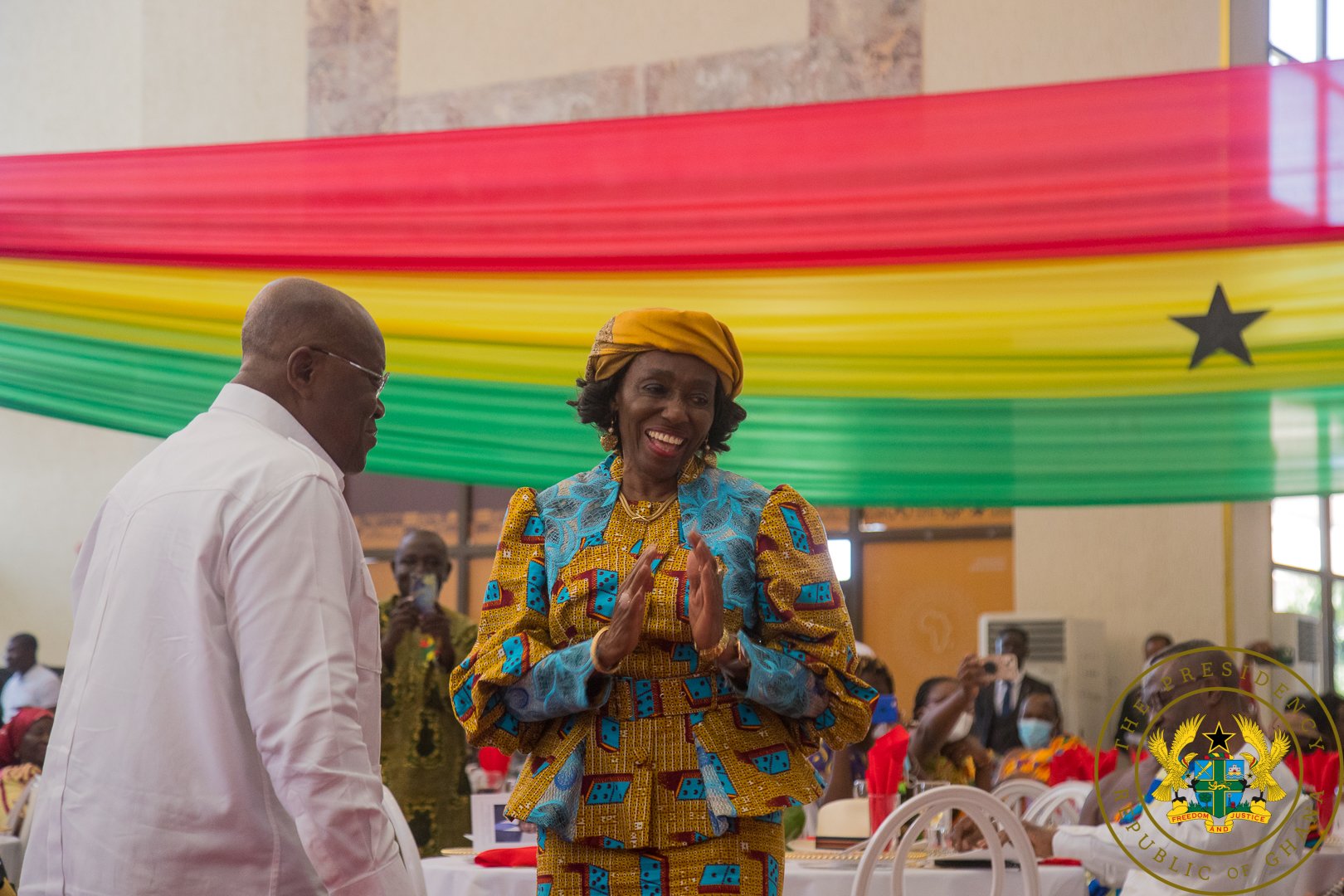 President Nana Addo Dankwa Akufo-Addo has conferred various categories of awards on more than 19,752 citizens for their distinguished service to the nation.

Sixteen members of the National COVID-19 Task Force, 12 trustees of the Ghana COVID-19 Private Sector Fund, and the inventor of the ‘Veronica bucket’ were conferred with the Order of the Volta Companion Award Category.

Thirteen others were also conferred with the Order of the Volta Member Award for Strategic and Individual Leadership. 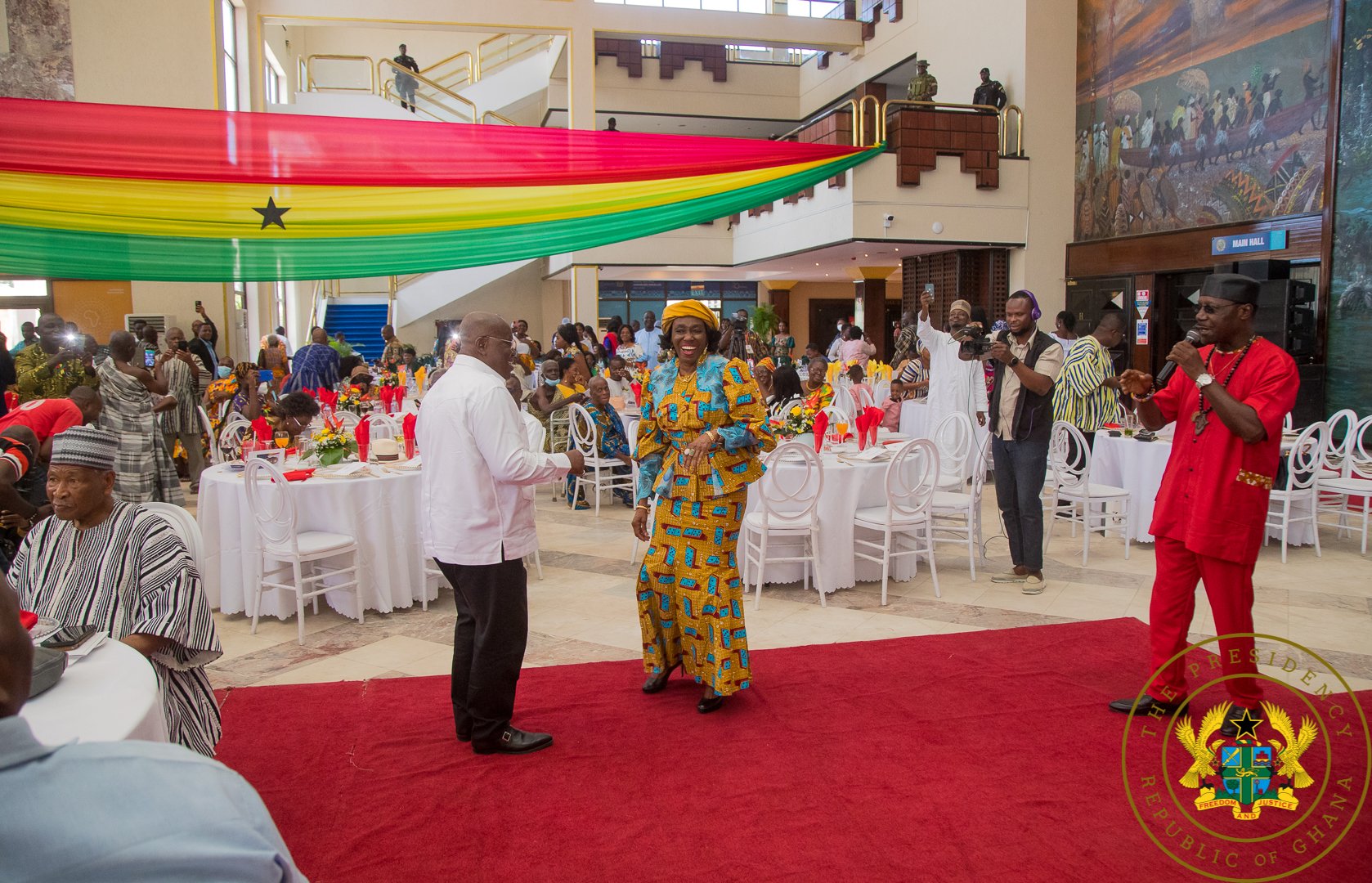 For Operational Excellence, 57 people, including selected health sector workers, personnel from the Ghana Education Service (GES), the Local Government Service and security services were conferred with the Grand Medal.

The President, who announced this at a luncheon for senior citizens as part of activities to mark this year’s Founders’ Day celebration in Accra yesterday[August 4, 2022], said a formal ceremony for the presentation of the awards would take place at a later date. 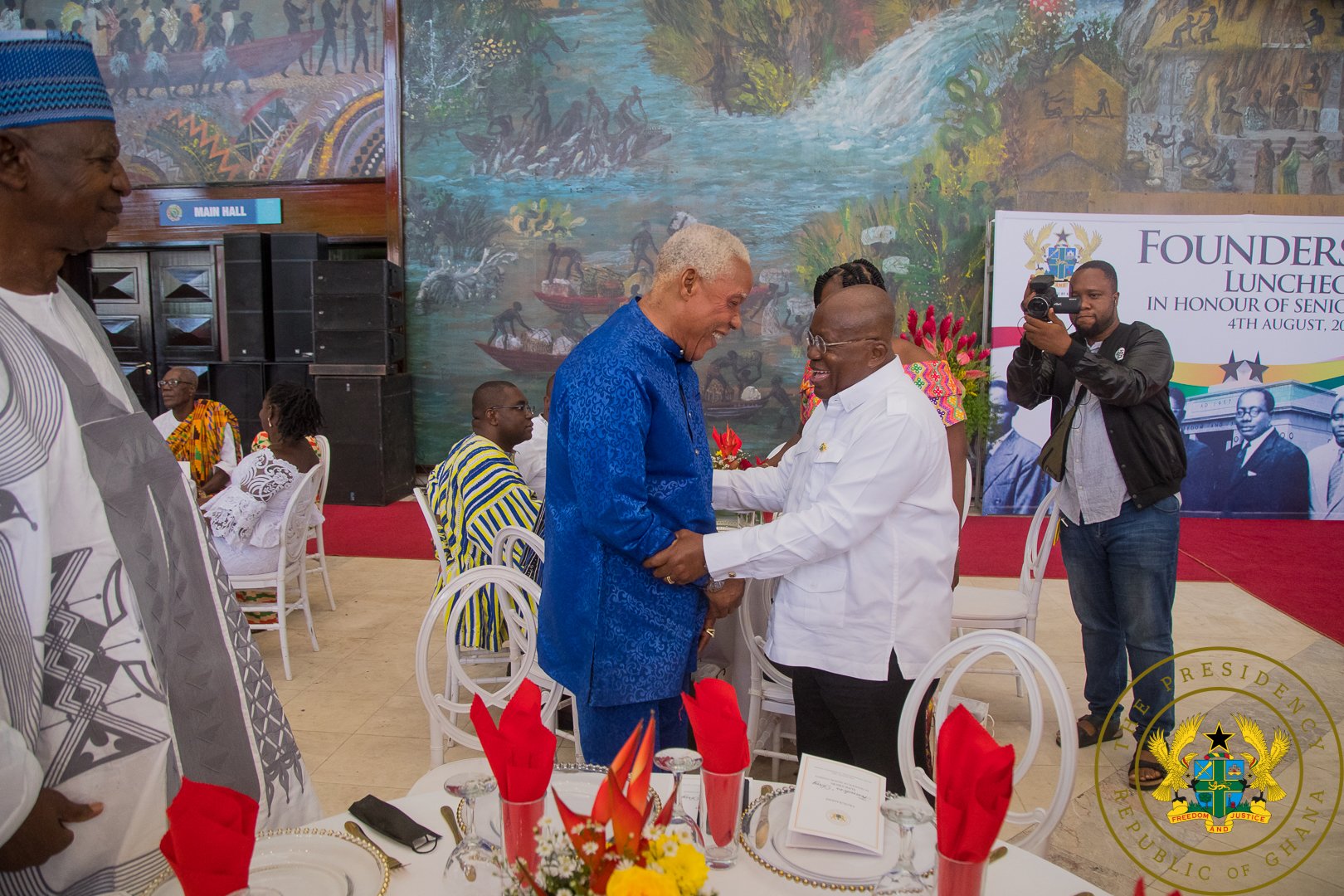 President Akufo-Addo said: “We will also express the gratitude of the nation to the legal team of men and women who were entrusted with the responsibility of making sure that the maritime boundary dispute with Cote D’Ivoire ended favourably for Ghana and thereby ensuring that the western maritime resources, including its oil and gas potential rightfully remain in our possession”.

He said the judgment of the International Tribunal of the Law of the Sea brought finality to a maritime boundary dispute that had spanned over five decades and, therefore, conferred the Honour of the Volta Companion on 12 members of the legal team, while 19 other members of the team were also been rewarded with the Presidential Award of Honour for Meritorious Service.

“I will also confer on this occasion a posthumous Honour of the Order of the Volta Companion on the late eminent, distinguished philosopher, Kwame Wiredu, who brought such renown to our country as a result of his exceptional intellectual achievements and globally acclaimed as one of the greatest philosophers of modern day,” President Akufo-Addo stated.

He further indicated that the identities and names of all the other awardees would be published.

“The second category of awards, that is the Presidential Award of Honour for Meritorious Service, has been presented to a total of 19,752 individuals, comprising front line and allied health workers; 32 religious bodies and institutions; eight members of the COVID-19 National Trust Fund; 58 members of the technical support team of the COVID-19 Private Sector Fund and 26 companies which changed their production lines to manufacture hand sanitiser to lessen our dependence on foreign imports,” the President added. 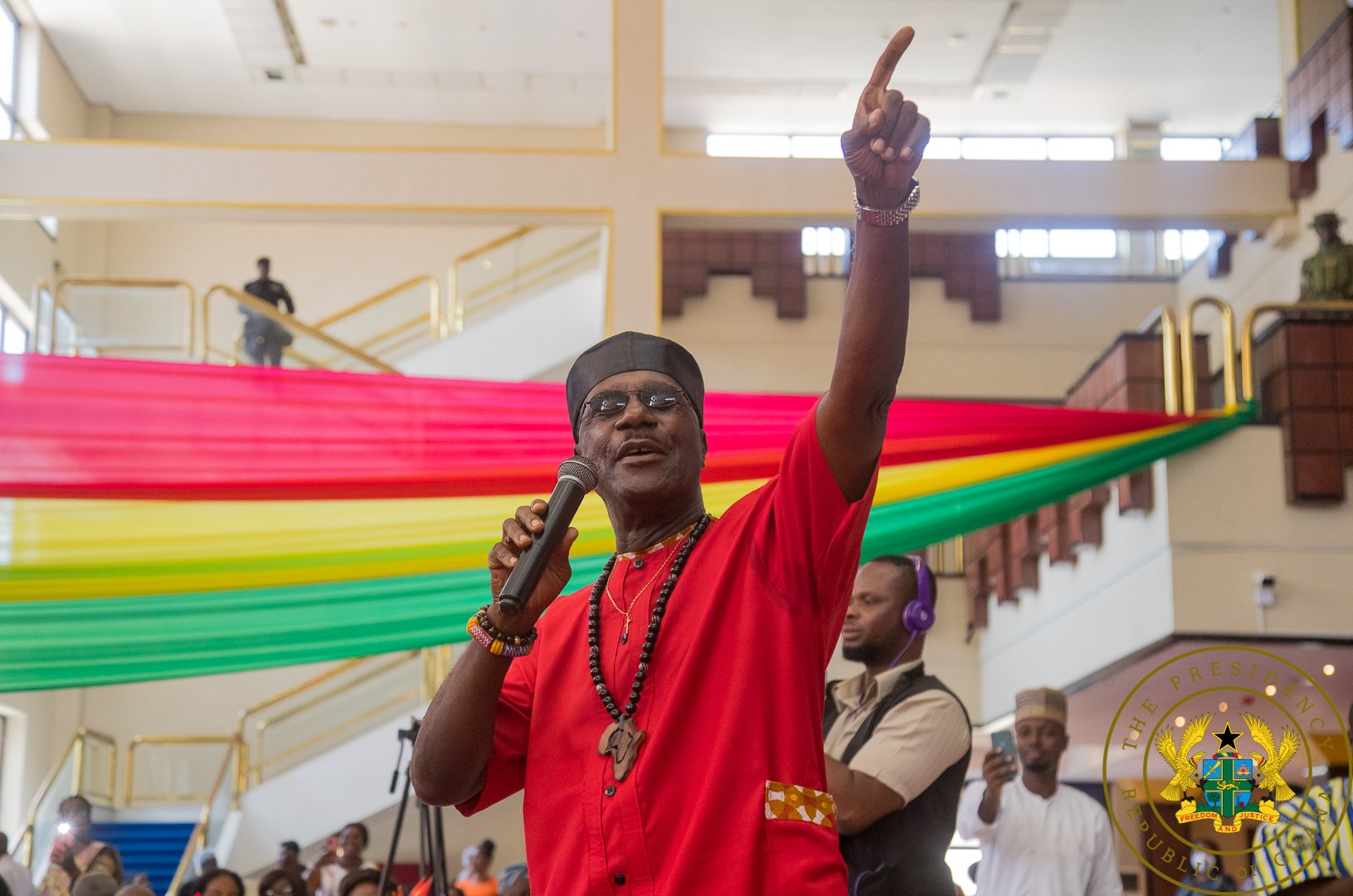 Yesterday’s celebration marked the fourth commemoration of the Founders’ Day since its inception on August 4, as a national holiday.

Also in attendance was the Vice-President, Dr Mahamudu Bawumia, and his spouse, Samira Bawumia, as well as the Chief of Staff, Akosua Frema Osei-Opare.

The guests were treated to some melodious songs from veteran musicians, Gyedu Blay Ambolley and Pozo Hayes. 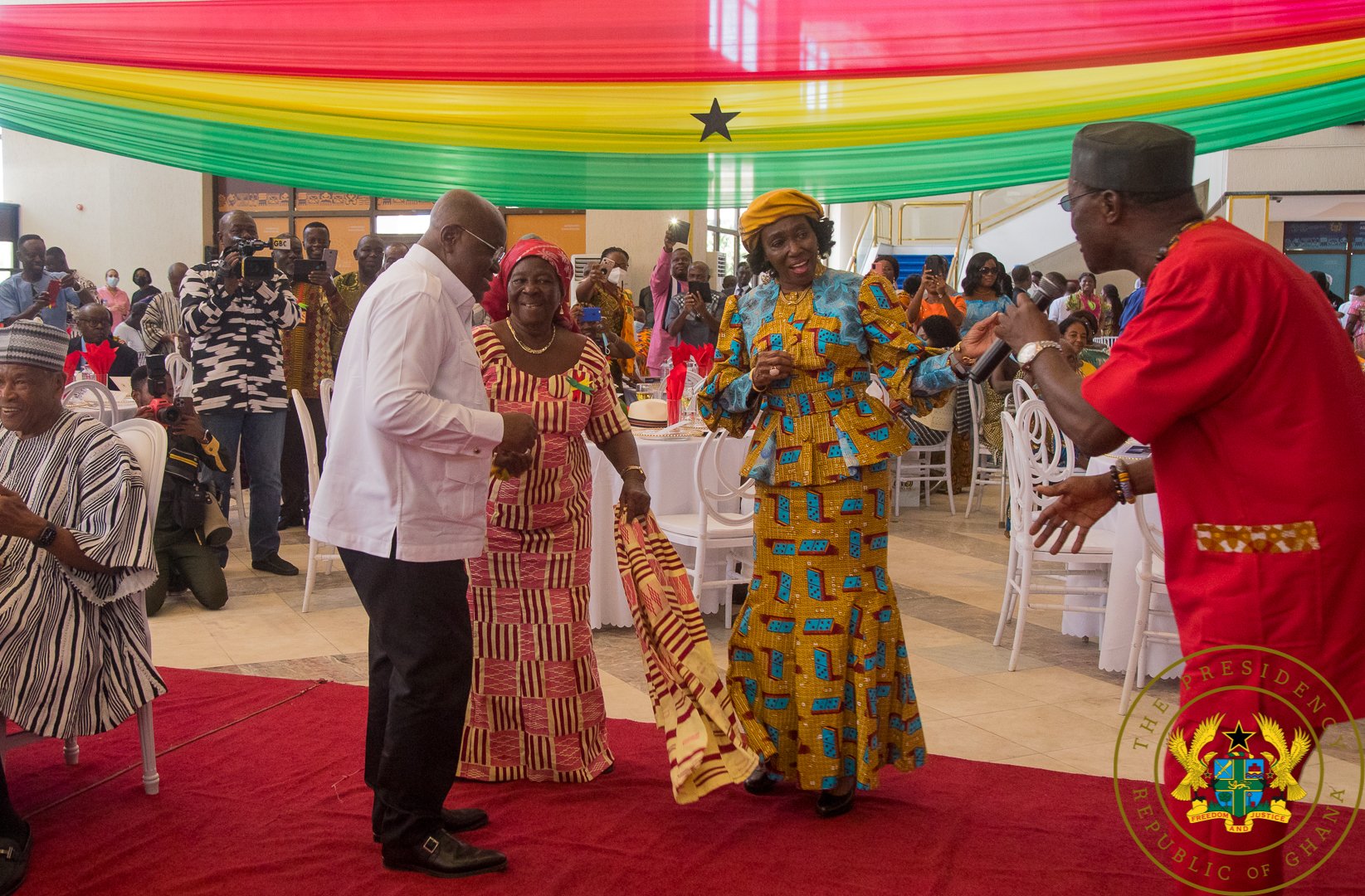 Recalling the chain of events that led to the nation gaining independence on March 6, 1957, President Akufo-Addo said the importance of the day could not be overemphasised.

“I refer here to the formation of the Aborigines Rights Protection Society which members protected our lands from the grasp of the greedy colonialists and the formation of the United Gold Coast Convention (UGCC) which first sounded the clarion call for freedom from colonial bondage.

“It was in Cape Coast on August 4, 1897, that the Aborigines Rights Protection Society, which initiated the first phase of our struggle for national independence, was formed,” he said.

President Akufo-Addo bemoaned the fact that the nation had not leveraged its vast potential such as others in South East Asia — Korea and Malaysia — who gained independence around the same time as Ghana did and said they had outstripped the country in terms of development.

He, however, said that he was proud of the can-do spirit of the Ghanaian and the determination not to be bogged down by events and allow the circumstances and challenges of today to shape the collective future of the country in spite of the many obstacles that the country had to surmount, including prolonged periods of instability through coups d’etat.

“We will revive and revitalise the economy and put our nation back on the path of rapid economic growth, a scenario we have become accustomed to in the last three immediate years before the pandemic struck,” the President assured.

He paid tribute to senior citizens across the country and said the nation remained indebted to them for their sacrifices. 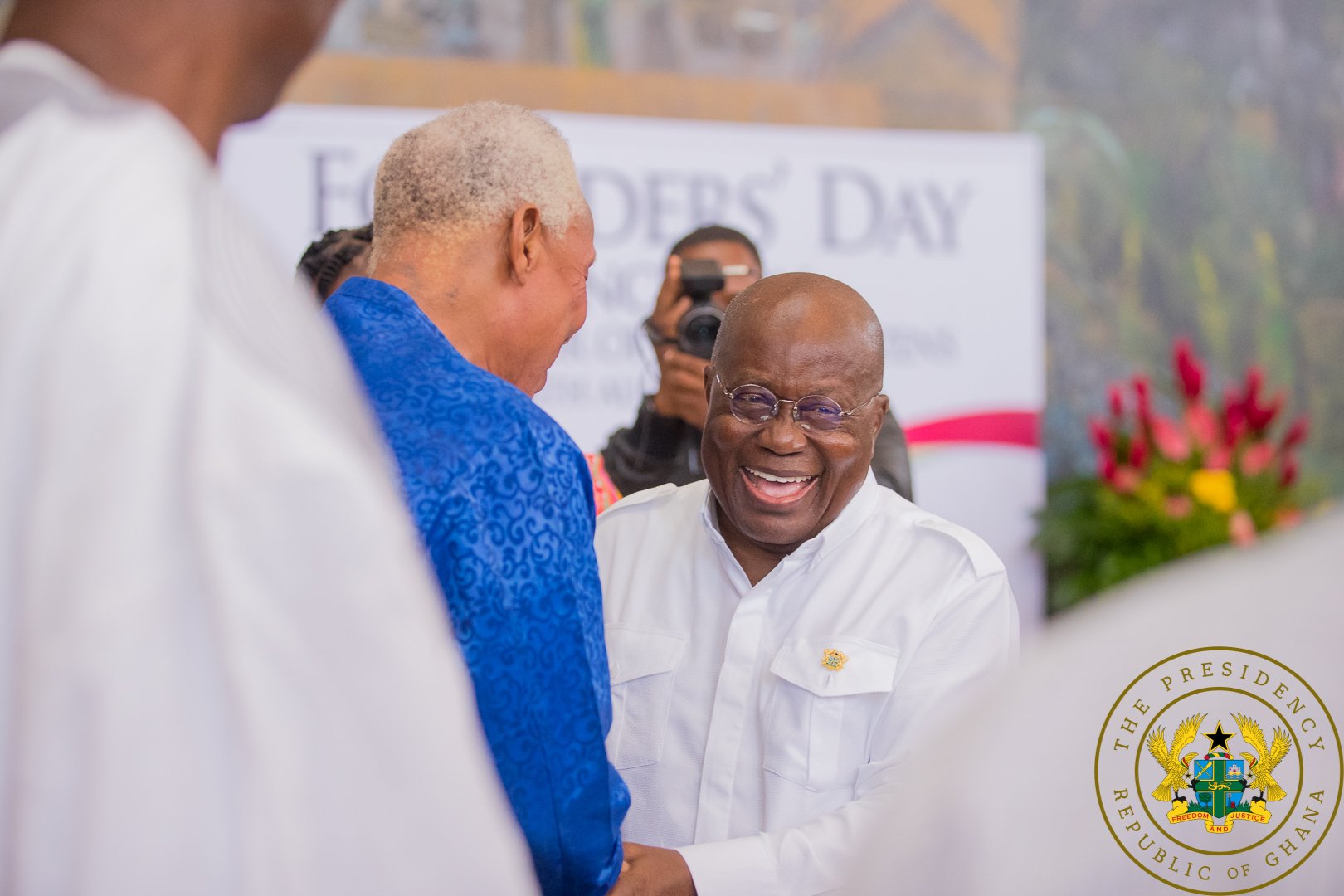