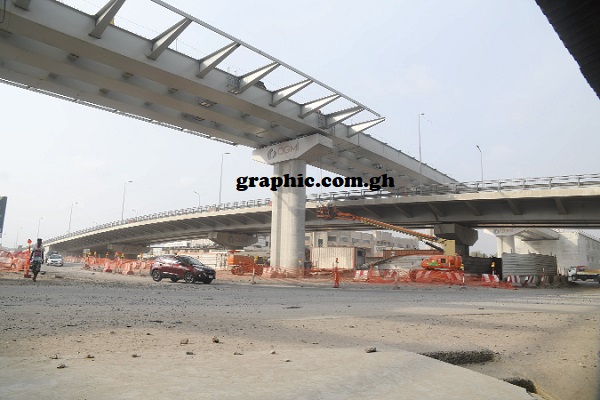 Construction works on the second phase of the Obetsebi-Lamptey are progressing steadily, with engineers saying the interchange is more than 80 per cent complete.

The first flyover of the Obetsebi-Lamptey Interchange will be closed to traffic today to allow for welding works on the steel beams installed at a section of the second flyover.

The Resident Engineer of FAS Consult Limited, Owusu Sekyere Antwi, told the Daily Graphic that motorists would be made to use the lower level of the interchange.

He explained that the contractor had received and installed all the steel beams needed for the superstructure of the second flyover bridge.

Mr Antwi stated that the welding of the steel beams would be completed on February 17, this year, after which the concrete works on the bridge would start.