More advocacy needed on NTDs in Africa – Speak Up Africa 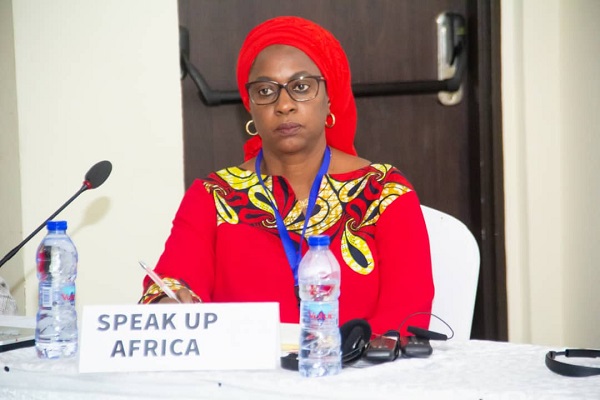 She said as many countries in Africa strive to eliminate NTDs, there was the need to deliberately increase people’s knowledge and understanding on the diseases so that they would be in a better position to support eliminations actions.

She was of the view that NTDs still remained a major public health concern in many Africa countries, particularly in West Africa, with just a few countries being able to eliminate some of the diseases.

Dr Ly was speaking to the Daily Graphic in Accra on the sidelines of a three-day review meeting on NTDs organised by the West African Health Organisation (WAHO), the health arm of the Economic Community of West African States (ECOWAS), on Wednesday, November 16, 2022.

The three-day meeting was on the theme: “Leaving no one behind: Integrated and multisectoral approaches to free Africa of all NTDs by the year 2030.”

The event brought together research scientists, academics, experts in NTDs from the sub-region, non-governmental organisations and development partners, to review the progress that had been made by member countries in the elimination and eradication of NTDs.

Neglected tropical diseases are a diverse group of 20 conditions that are mainly prevalent in tropical areas, where they mostly affect impoverished communities and disproportionately affect women and children.

The three-day review meeting would be used to share experiences, knowledge, challenges and best practices to enhance NTDs elimination efforts in the West Africa sub-region and by extension, Africa.

Speak Up Africa is one of the organisations that is co-sponsoring the event.

Dr Diop Ly, who is a Public Health expert, said even though elimination of NTDs was possible in many African countries, there was the need for African leaders to demonstrate political will towards the elimination efforts.

She said Speak Up Africa had been supporting advocacy efforts of NTDs elimination from the continental, regional, national and local levels, pointing out that the NGO would continue to work with the various relevant stakeholders to ensure the elimination of NTDs in Africa.

Additionally, she called on African governments to join hands with the private sector in the fight against NTDs, saying “There is the need to combine public and private sectors to fight the disease.”

For her, sustained efforts was needed badly to help with the elimination of NTDs, commending countries such as Ghana, Togo, and Malawi for eliminating some of the NTDs.

Dr Diop Ly, however, explained that elimination efforts should be targeted at specific NTDs, explaining that all the NTDs could not be eliminated at the same time, hence the need for countries to at least, target one of the NTDs for elimination at a time.

Moderating a session on the topic: “Continental framework for the prevention, management and control of NTDs” with emphasis on the overview of the Continental Framework on NTDs and the Common African Position on NTDS, the Speak Up Africa’s Senior Advisor, Dr Diop Ly, said the documents served as guiding materials for countries on how they could support the NTDs agenda.

She explained that the documents proposed guiding principles that could guide actions toward elimination interventions, including leadership and ownership of national NTDs control programmes; national financing of NTDs programmes through allocation of funds from the national budget; coordination and harmonisation of interventions related to NTDs by various stakeholders in country and within communities, as well as integration of control initiatives from various NTDs.

Additionally, she said, the African Union’s guiding principles was meant to ensure internal partnerships with relevant ministries within countries for a multisectoral approach; advocate for improved diagnosis and treatment through innovative technologies; prevention as key focus area of control for NTDs and cross border cooperation in management and control of NTDs.

She said the Continental Framework on NTDs as well as the Common African Position on NTDS were adopted during the last AU Summit in July, 2022.

Other speakers who took turns to speak at the event highlighted the various concern areas for African leaders to address in the areas of NTDs elimination efforts.

For instance, the Focal Person for NTDs at WAHO, Dr William K. Bosu, called on governments in the ECOWAS region to consider granting tax exemptions to drugs donated for free for the treatment of NTDs as well as facilitating their custom clearance.

He was of the view that the tax exemptions and quick clearance of the drugs would enable those who needed those medications to have them on time, hence preventing avoidable deaths and saving lives.

He expressed the concern that said even though medications for the treatment of NTDs were often donated for free by some pharmaceutical companies, some African countries treat them as any other commodity for which reason they had to pay taxes on them, hence delaying their clearance.

“A lot of the progress that we have made with regards to eradicating some NTDs has to do with the drugs that are giving for free by some pharmaceutical companies. Some of them have even committed to provide the drugs for free for as long as the diseases are there but countries treat these drugs as commodities for which reason we have to pay taxes on them,” Dr Bosu explained.

The Director of External Health Coordination of the Ministry of Health (MoH), Dr Hafez Adam, said Ghana was home to many NTDs.

He said, for instance, that Ghana was endemic to lymphatic Filariasis, onchocerciasis, schistomiasis, and soil transmitted helminths.

He explained that there was a close collaboration between the MoH and the Veterinary Services Department to help with the control of zoonotic NTDs such as rabies, human African trypanosomiasis and tapeworm infestations.