Man who offered daughter to be killed for money rituals arrested 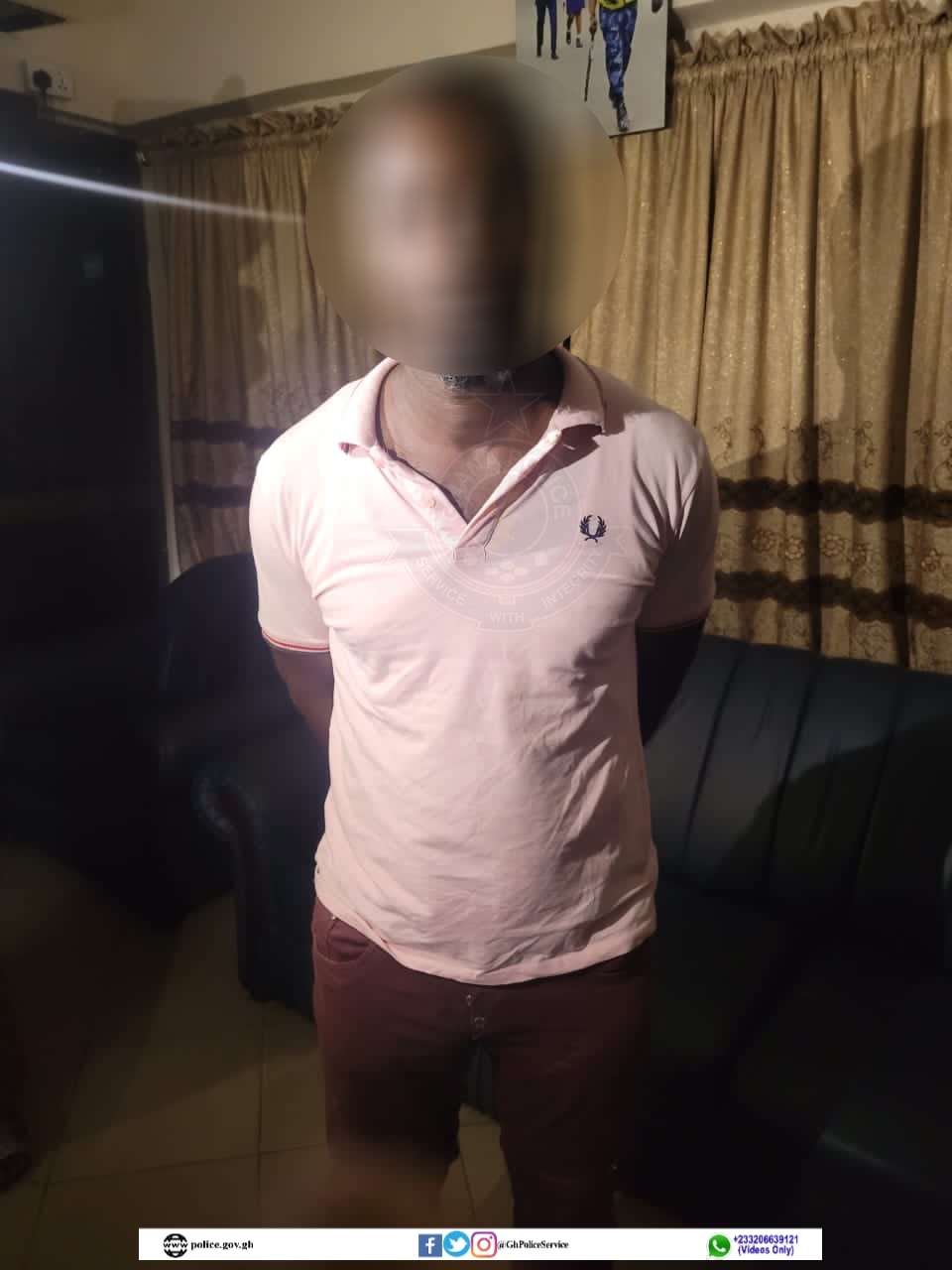 A 47-year-old man who attempted offering his daughter to be killed for money rituals has been arrested by the police.

The traditional herbalist he consulted and sent the daughter to at Oyibi Kom near Accra, for ritual sacrifice, reported the incident to the police for the man to be arrested.

The herbalist recorded the incident at the time the police arrived at the scene for the arrest and shared the video on Facebook.

In the video shared by the traditional herbalist, identified as Nana Adu-Boafo Jnr on Facebook, he narrated how the man, named as Evans Oppong (who is also captured in the video wearing a plain white cloth and sitting on a wooden stool) brought his daughter to him, optimistic that she would be killed for rituals.

Evans Oppong had gone to pick his 11-year-old daughter from school on Thursday, June 2, 2022 and sent her to the herbalist to be killed.

According to the herbalist, Evans Oppong had told him that he had 12 children and needed him [herbalist] to kill two of them for money rituals.

A police statement confirming the arrest said the suspect was 42-year-old Evans Oppong, a resident of Fise, near Amasaman.

He is said to have taken the 11-year-old daughter to a native priest at Oyibi Kom in Accra for ritual purposes on Thursday, June 2, 2022.

“The suspect’s arrest followed information provided by a patriotic citizen to the police, and we are grateful to him for his selfless service which has saved the life of the child involved,” a police statement dated June 3, 2022 signed and issued by Chief Superintendent Grace Ansah-Akrofi, the new Director of Police Public Affairs said.

“The victim is currently in safe custody of the police while an effort is being made to re-unite her with her mother and the rest of the family.”

“Meanwhile, the suspect is currently in police custody assisting with the investigation,” the police statement added.

Watch a video of the arrest below 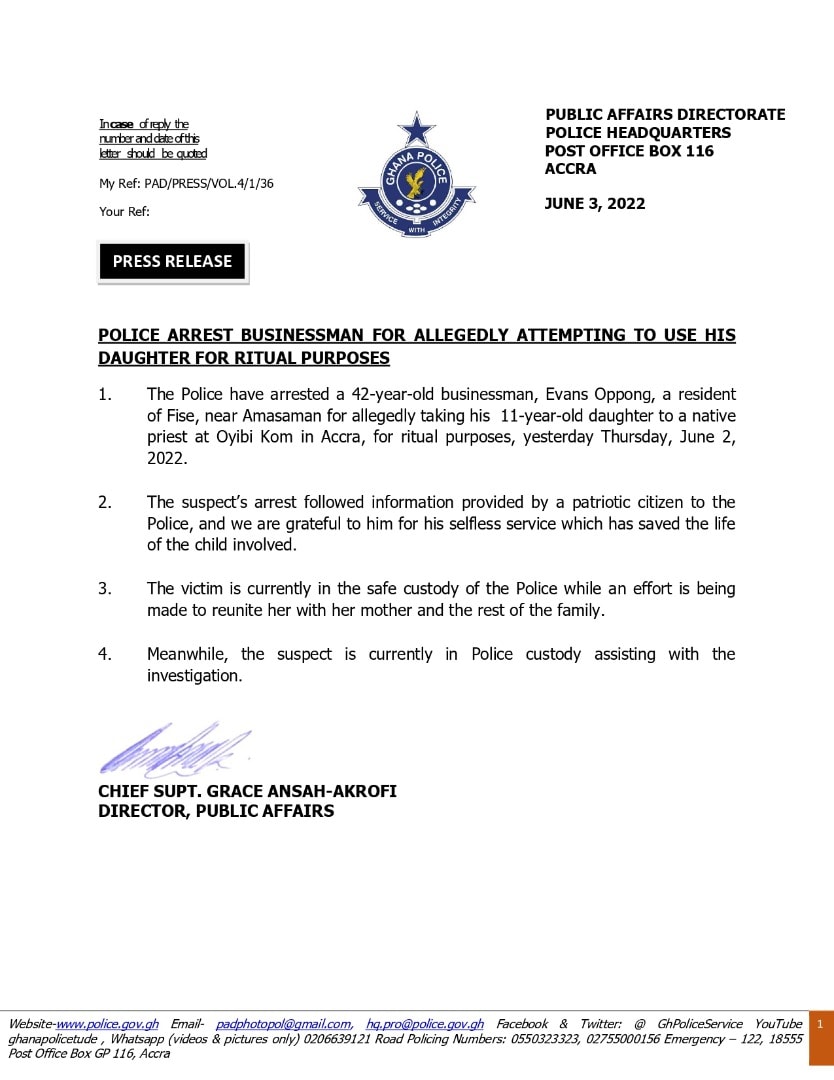