Let all workers be under Pensions Act 766 - TUC urges Govt 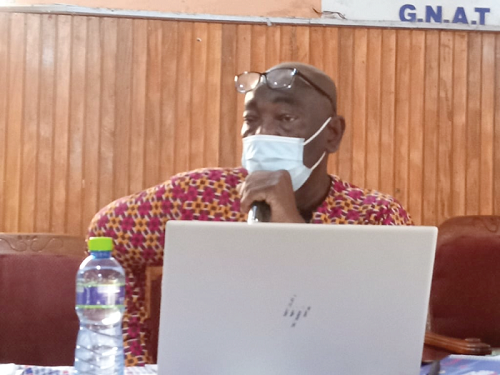 The  Traders Union Congress (TUC) has called on the government to bring all workers under the pensions Act 766 to ensure fairness in pension benefits.

According to the Deputy Secretary-General of TUC, Mr Joshua Ansah, TUC did not want a situation where some workers would be paid less pensions as compared to what they would have been paid if they were under the Act 766.

At a Regional Forum on Pensions which was held last Thursday in Tamale, Mr Ansah said the TUC's aim was to ensure that workers who went on retirement received all the retirement benefits they were supposed to get after retirement.

"One objective of this Act 766 was to unify our pensions. So if government is bringing an Act that will set aside some people out of the Act 766, I think it's not fair.  So we are saying that all workers must be brought under Act 766 so that they can all have fairness and justice in our pension benefits," he said.

Mr  Ansah further added that the government should extend the full implementation of Act 766 for  an additional 10 years for the investment to yield more benefits for the beneficiaries.

According to him, there was an agitation that pension allowances in Ghana were low and that was associated with the fact that the Social Security and National Insurance Trust (SSNIT) was the only scheme in charge of pensions.

As a result, a committee was set up to review the old pension which led to the establishment of the 3-Tier Scheme.

The Deputy Secretary-General said Act 766 came into being as a result of the 3-Tier Scheme and it held that SSNIT was no longer going to pay allowances to workers when they went on retirement.

Mr Ansah said even though SSNIT would continue to pay the monthly pensions to workers,  Act 766 gave the power to the 3-Tier Scheme to pay the pension allowances to persons who go on retirement.

He added that under the old Act 247, SSNIT paid pensioners until they attained 72 years but this had however been reviewed under the new Act 766, extending the years from 72 years to 75 years.

He said in a situation where one died before 75 years, the scheme calculated the remaining amount and paid it to the family of the deceased.

The Deputy Secretary-General, however, indicated that TUC disassociated itself from the memorandum of understanding (MOU) that was signed between some stakeholders and the Ministry of Employment and Labour Relations regarding the payment of pension allowances.

According to him, TUC was not consulted in the said MoU and was not involved in any decision that was taken in the MoU.