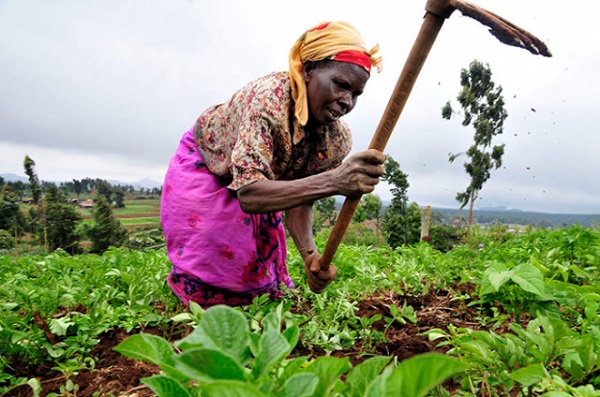 The West Africa Coordinator of TrustAfrica, Rachel Gyabaah, has said it is critical to deepening the understanding of farmers and traditional rulers on the country’s land tenure system to help ensure the sustainability of the agricultural sector.

At a workshop attended by traditional rulers and farmers from the cocoa and palm oil industries in Accra, Ms Gyabaah said there were significant knowledge gaps on the various land rights in the country that needed to be addressed.

“From the challenges that have been raised, most of them are capacity and knowledge gaps. We are going to close this one and engage in more sensitisation among the traditional authorities and farmers.

“The bottom line is that we need to have proper recommendations and then at all levels, we will follow through and make sure that this does not become just a talk show but that there are some actions taken,” she said.

The workshop, which focused on creating awareness of the new Land Act 2020, Act 1036, was part of activities under the “Reclaim Sustainability” project being implemented by TrustAfrica and Solidaridad West Africa.

Launched in Accra last year, the five-year programme, which the Dutch Ministry of Foreign Affairs funds, is aimed at tackling pressing challenges in the cocoa, palm oil and gold sectors in West Africa to ensure that the interests, voices and rights of farmers, workers and citizens are represented and heard in decision-making for the sustainable use of natural resources, decent work, fair value distribution and sustainable consumption.

Ms Gyabaah explained that data gathered from interactions with farmers and traditional rulers, which were examined at the workshop, called for further engagements to deepen their knowledge on the country’s land tenure system.

For instance, she noted that there was a challenge for farmers and traditional leaders to differentiate between the different types of customary lands in Ghana and the type of customary land governance system in force in their area of operation.

She said there was also a limited understanding of the processes in land acquisition, especially of the authorities that could grant access to lands.

The research also indicated that some farmers had not been compensated for crops they lost to the conversion of farmlands to residential plots to accommodate the expansion of settlements while others had lost their farmlands and crops to illegal mining operations without access to redress.

The Executive Director of COLANDEF, a partner organisation implementing the project with TrustAfrica, Nana Ama Yirrah, said deepening the knowledge of lands rights in farming communities would improve the sustainability of supply chains in the country’s cocoa and oil palm sectors.

“We have realised that the lack of education and understanding of what the land tenure system is has created a lot of challenges we find in the system and this is true for both farmers and traditional leaders,” she said.

She added that “farmers do not understand there are different types of land rights. It is important that the chiefs and the farmers understand and when we do that it will help.”