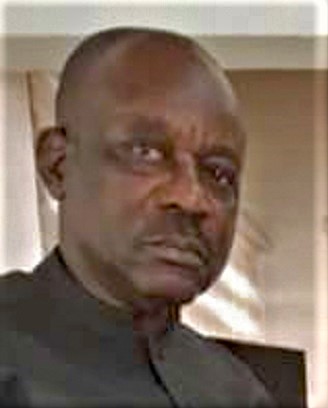 A former Managing Director of the Metro Mass Transit Limited (MMTL), Mr Bennet Aboagye, has said he feels vindicated after a recent court judgment in which a former security coordinator of the company was jailed 10 years for attempting to blackmail him.

According to him, the judgment had cleared him of wrongdoing, adding that he had always insisted that he had not done anything wrong.

“I feel extremely elated and vindicated,” he said, saying that for him to be secretly recorded was quite worrying and disturbing.

Mr Aboagye told the Daily Graphic after the judgment that he had insisted time and again that he had done nothing wrong.

The issue, he said, had almost dented his reputation.

“It really dented my reputation and I was so dejected by that because I felt extremely sad because I know myself,” he said.

Mr Aboagye, who was Managing Director of the MMTL from June 2017 to April 2018, said he did not have enough time to execute his work after his appointment.

“I was in my embryonic stage trying to put things together to enhance the operation of the company,” he said.

The former MMTL boss, who said he had nothing to hide, cautioned persons in the public service to be careful when dealing with others.

In 2018, Mr Aboagye was asked to step aside following a series of alleged financial impropriety against him.

This was after the then Security Coordinator of the company, Mr Fusseini Lawal, had alleged that he had an audio recording of a conversation in which the managing director and others colluded to dupe the company through the procurement of 300 buses.

It came up that Mr Lawal threatened to leak the damming audio conversation if Mr Aboagye did not part with $1 million.

However, the Mr Aboagye dismissed the allegations and insisted that Mr Lawal was rather trying to extort about GH¢1 million from him.

It was on the basis of this that Mr Aboagye, who suspected Mr Lawal, reported to the police after his wife had found in their house, a scanned copy of his criminal check report which he had obtained from the CID and kept in his office.

This led to the subsequent arrest of Mr Lawal and was arraigned at an Accra Circuit Court presided over by Ms Adelaide Abui Keddey.

The then security coordinator was charged with one count of unlawful entry and two counts of extortion.

The security coordinator pleaded not guilty to the charges but was found guilty and sentenced to 10 years in prison by the court after he had called six witnesses to testify on his behalf.

On the charge of extortion, the prosecution established that Mr Lawal, after receiving a negotiated sum of GH¢40,000, deposited the money in his ADB account and later withdrew GH¢1,000 and GH¢39,000 on separate dates.

It was the considered opinion of the court that the messages in the letters were intended to compel the MD to pay the money he (Mr Lawal) had demanded.

Again, the court said all six persons who testified on behalf of the accused could not speak to the charge of extortion or provide any supporting evidence to confirm that Mr Lawal found it prudent to investigate alleged corruption deals within the company.

“It is the view of the court that beyond the duty of submitting findings into the alleged corruption deals to appropriate authorities, specifically demanding for $ 1million dollars, and actually taking GH¢ 40,000 cannot be justified on any grounds and a crime cannot cure an alleged illegality or impropriety.

“It is , therefore, ironic that the accused person who was expected to ensure that security was never breached within the company admitted his involvement in and actualisation of the security breaches in this particular case,” the judge said.

Again, it was the view of the court that since Mr Lawal only petitioned the Office of the Special Prosecutor, he had been arrested and granted police inquiry bail, the money demanded for, changed the dynamics of the whole enterprise as it was not done in good faith.

“It was , therefore, an afterthought to seek to undo the harm that had been done,” the judge added.

The court also found Mr Lawal guilty of unlawful entry as he could not prove that he did not enter the former MD’s office as evidence before the court proved that many people, including Mr Lawal himself had access to Mr Aboagye’s office.