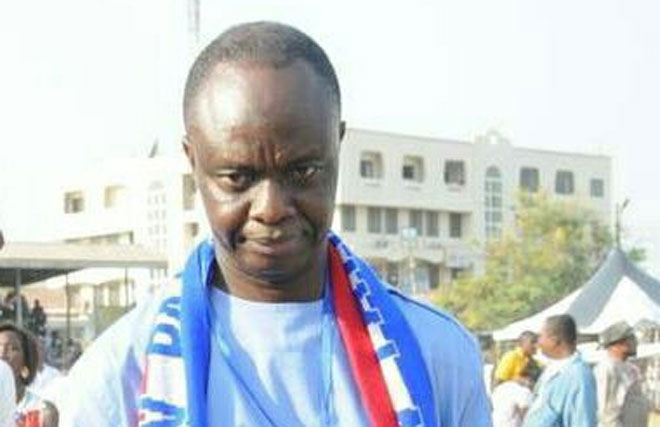 Before going into Election 2016, the opposition New Patriotic Party (NPP) knew that technology was going to play a key role in their results system so they tasked Mr Joe Anokye, a Telecommunications engineering service manager at NASA, the US space agency to device a system for them.

Mr Anokye was made the Technology Director of the NPP 2016 Campaign Team.

Through his brain child, the NPP was able to predict victory for its presidential candidate, Nana Addo Dankwa Akufo-Addo eight hours after the close of poll, at a time the Electoral Commission seemed not to have the full complement of the needed data at the national level as results were still trickling in from across the 275 Constituencies.

The results generated by the NPP at the time they publicly projected themselves winners showed that Akufo-Addo was leading by 53.51 per cent as against President John Dramani Mahama's 44.93 per cent.

How did NPP do it?

In the words of Mr Peter Mac Manu, the NPP 2016 Campaign Manager, “they did the hard work of collating results from the polling station level with a focus on three key areas of results management, speed, accuracy and timeliness.”

Party agents in various constituencies across the country sent pictures of pink sheet results after the ballots have been counted to help in adding up the figures.

Explaining, the NPP’s Director of Elections, Mr Martin Agyei Mensah Korsah said it started with the Statement of Poll and Declaration of Results Sheet [Pink Sheets] which contained the official records of the elections.

According to him, they carefully selected and trained agents to match up to the needs that was needed to secure the election results from polling stations, delivered it to every NPP constituency collation centre and from that point, the “efficient” technology staff accurately keyed in each detail on the pink sheet into computers.

For each region, a laptop was used to project the summed up totals for each constituency.

This, according to him was what they put together and came up with the details ahead of the Electoral Commission (EC).

On his part, Mr Joe Anokye said all the work was the innovation of Mensah Korsah because, “it is often said that technology drives innovation and in business the most innovative companies have the largest market share.”

Explaining, Mr Anokye said there were two main ‘D-Day’ IT coordinators per every constituency, because in the past they waited after every election and moved around looking for results.

“Six to seven months ago, every constituency nominated two people who were trained purposely so that on ‘D-Day’ they could help with collation.”

From there, they electronically transmitted results from the pink sheets to the national collation centre in Accra.

According to Mr Anokye, there was a conscious effort to ensure that pink sheets were delivered at the NPP constituency collation centre.

“We know in operations, operation always take an input and turn it into an output, and your pink sheet is an input so if your pink sheet don’t arrive, then you don’t have any data, so for the past three months, the key figures in the campaign, Campaign Manager Mac Manu, John Boadu, Martin and Dan Botwe, as they go around the country, the message has been how do we get our pink sheets and we were able to do that and come up with a plan to get our pink sheets,” he said.

“And so once the pink sheets get into the collation centre, the next thing is to key in into the system.

“Collation can be done by just using a calculator or by a spreadsheet but we added an innovation and built a system that allowed you to input the data and the data is transmitted simultaneously to the region and national, so anywhere you are, you can see the data as it came in.”

He explained that at the national collation centre, there was no data input as all data was input at the constituency level.

They then built an application to report the results based on actual pink sheet data. The application showed national results and was able to narrow down to the regional level, constituency level and eventually at the polling station.

Who is Joe Anokye?

Mr Anokye according to his profile on LinkedIn is a Telecommunications Service Manager at NASA, responsible for Integrated Services Network and Information Technology and Services.

They plan, configure, install, and manage the robust secure traffic engineered MPLS Backbone that transport data, voice, and video from and to Space Shuttles, the International Space Station, the Deep Space Network and numerous Satellites as well as other “Man” and “Unmanned” space crafts.

He is a product of the University of Maryland from where he holds an MBA.