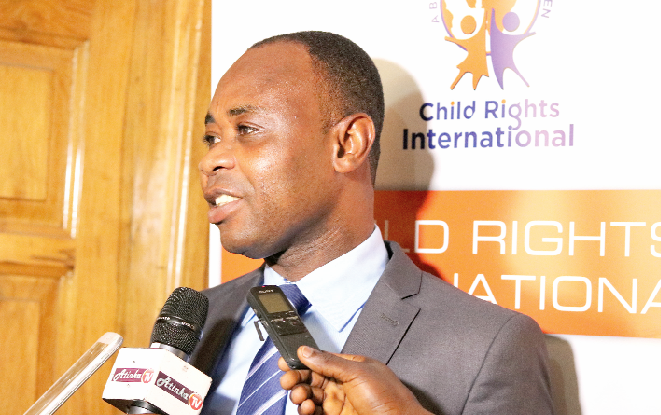 A child rights activist, Bright Appiah has urged the families of the girls kidnapped at Takoradi in the Western Region to petition Parliament over the matter

August and December 2018, three kidnapping cases were reported to the police from Kansaworodo, Diabene and West Fijai in Sekondi/Takoradi in the Western Region.

The first victim, Priscilla Blessing Bentum, 21, a third-year student of the University of Education, Winneba, was said to have been kidnapped at Kansaworodo on August 17, 2018.

The second, Ruth Love Quayson, 18, a senior high school graduate living with her parents at Diabene, was also said to have been kidnapped at the Butumegyabu Junction, popularly known as Bu Junction, on December 4, 2018.

The third, Priscilla Mantebea Koranchie, who turned 16 years on March 3, a student of the Sekondi College (SEKCO) who lived with her parents at West Fijai, a suburb of Takoradi, was said to have been kidnapped at a spot near Nkroful Junction in Takoradi on December 21 2018.

In an interview with Accra based radio station, Starr FM on Wednesday, Appiah said the Criminal Investigations Department (CID) of the Police Service must prioritise investigations into the kidnapping to ensure speedy rescue of the victims.

“All that we want is for the children to return to their families and up to date we have not heard anything and we are in the ninth month of what happened to these children. So, if we know their whereabouts, I think that they have to be accountable for these children and then to give us confidence that probably tomorrow or the next day they will return these children to the family,” he stated.

He added that “Parliament must also have in this because matters of children are a state affair, therefore, if there are institutions that are mandated to do their work and for that matter their involvement in revealing certain information and they feel that in terms of national security, they cannot disclose it to the public, there will be the need for Parliament to also be on them to ensure that they give the right information.”

Also, a security analyst, Colonel (Rtd) Festus Aboagye said the information given to the public by the CID was not precise.

“It wasn’t too precise because the investigation is a science but it is also not rocket science. There’s a bit of luck that’s always attached,” he said.

According to him, the CID should be faulted for publicly disclosing that it knew the whereabouts of the girls.

Meanwhile, families of the girls have intensified pressure on the Ghana Police Service to rescue them, following claims by the CID that it knows their whereabouts.

The family have expressed outrage over failure by the Police to rescue the girls.