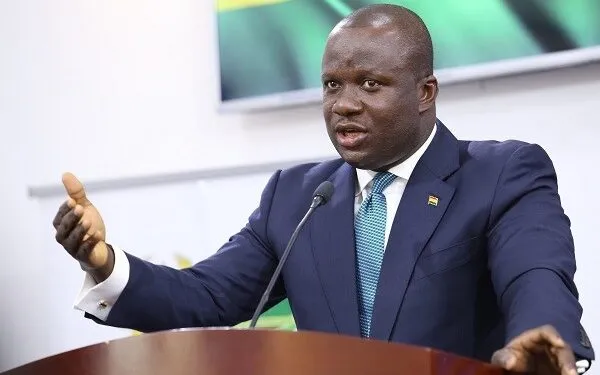 The Minister of Lands and Natural Resources, Samuel Abu Jinapor, has called for strategic investment in Ghana’s cocoa sector to ensure sustainable production.

He said committing resources to promote adaptable farming systems in the cocoa sector was one of the surest ways of addressing the global climate crisis.

Mr Jinapor made the call at an event organised by the ministry at Ghana’s pavilion at the ongoing UN Conference on Climate Change (COP27) in Sharm El- Sheikh, Egypt, last Thursday.

He urged the private sector, including the EU, development partners and civil society organisations (CSOs) to invest in areas such as cocoa traceability, tree tenure and benefit sharing; landscape restoration, forest law enforcement and governance.

The minister said such investment would put the country on track to meet the 2030 target of halting and reversing forest loss and land degradation resulting from bad farming practices.

The event, which was organised to showcase Ghana’s success story under the Cocoa Forests Initiative (CFI) and the potential of the country’s cocoa sector to the world, was attended by a government delegation from Cote d'Ivoire, representatives of international and civil society organisations (CSOs) and other stakeholders in the cocoa value chain.


The Ivorian delegation was led by the Minister of Water and Forests, Laurent Tchagba.

Other notable participants at the event were the COP26 Ambassador for Africa and the Middle East, Janet Rogan; a senior Vice-president of World Cocoa Foundation (WCF), Chris Vincent, and the Chief Executive Officer (CEO) of the Sustainable Trade Initiative, Daan Wensing.

The CFI is an initiative that was implemented in 2017 by Ghana and Cote d'Ivoire in partnership with 35 leading cocoa and chocolate companies as part of efforts to end deforestation and restore forest areas.

It was also against the backdrop that deforestation of tropical rainforests remained a major threat to cocoa production in both countries, which together, produced two-thirds of the world’s cocoa.

Mr Jinapor said it was part of efforts to ensure sustainable cocoa production that the government signed the Joint Framework of Action to prevent cocoa production from causing or contributing to deforestation and forest degradation.

He said since its inception, the CFI had contributed immensely to addressing deforestation in cocoa growing areas.

The minister said as part of efforts to ensure sustainability in the cocoa sector, the CFI National Implementation Plan (2022 – 2025) had also been launched, outlining actions and activities to promote forest protection and restoration, sustainable cocoa production and improved livelihood for farmers.

"We must work closely together during this second phase of the CFI to build on the successes of the first phase to sustainably produce cocoa without destroying our forests," he added.

For his part, Mr Tchagba said Ghana and Cote d'Ivoire needed to strengthen collaboration to ensure that players in cocoa benefitted from the sector without compromising the quality of the forests.

He added that it was important for both governments to continue adopting and implementing right policies to ensure sustainable production of cocoa without disturbing the climate.