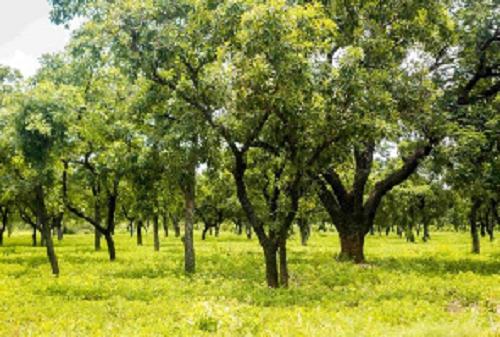 The government has targeted to plant 20 million trees next year as part of the Green Ghana project meant to restore the country's vegetation.

The Deputy Minister of Lands and Natural Resources in charge of Forestry, Mr Benito Owusu-Bio, who made this known, said preparatory work, including funding sources, had been made to achieve the target.

He said the ministry, which spearheaded the Green Ghana project this year leading to the planting of over five million trees on June 11, had drawn useful lessons from that exercise to help in scaling up the initiative.

Mr Owusu-Bio was speaking at the inauguration of the management board of the Forest Plantation Development Fund (FPDF) in Accra last Tuesday.

The FPDF Board is chaired by a nominee of the President, Nana Osei Yaw Berima.

The other members are the Chief Director of the Ministry of Lands and Natural Resources, Prof. Patrick Kwabla Agbesinyale; the Member of Parliament (MP) for Oforikrom in the Ashanti Region,
Mr Emmanuel Marfo; and a former MP for Tano South, Mr Andrews Adjei-Yeboah.

The rest are a representative each from the Agricultural Development Bank (ADB), Mr Alhassan Yakubu Tal, and the processing industry, Mr Benson Oduro.

The FPDF was set up by the FPDF Act, 2000 (Act 623) to enable plantation growers in the public and private sectors to participate in the forest plantation development.

The fund attracts its main source of funds from levies imposed on the export air-dried lumber.

Mr Owusu-Bio explained that the idea behind the levy was to promote the export of kiln dried lumber which attracted more foreign exchange earnings than air-dried lumber.

He said it was worrying that the quantum of revenue derived from the levies had dwindled over the years.

Per the provisions of Act 583, the board members are to perform functions such as administration of the fund; attracting contributions into the fund and investing it; encouraging investment in commercial forest plantation development, and facilitating best practices for the establishment of optimum timber plantation.

The deputy minister urged the board to prudently manage the funds under Act 623 to promote forest plantation development in the country.

He said that was crucial since the focus of the ministry was to embark on a vigorous afforestation drive to restore the lost vegetative cover.

"We expect the board to explore other sources of funding to complement the levy to ensure that we can sustain the support to all landscape restoration activities across the country," he said.