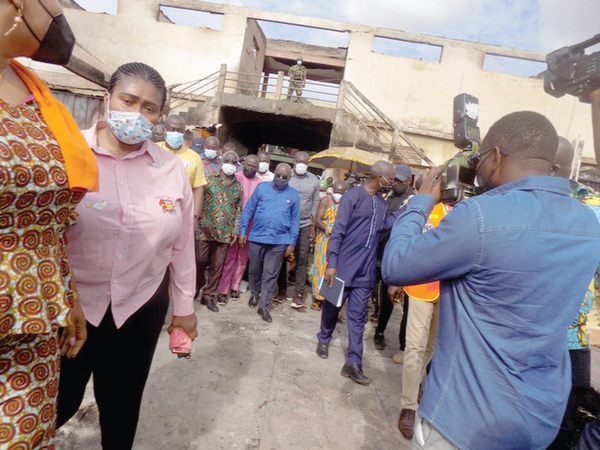 The government will construct a modern market at Akyem Oda in the Eastern Region to replace the old one which was destroyed by fire on September 13, 2021.

He expressed regret that he could not visit the scene of the disaster when it occurred to commiserate with the victims due to his trip to the United States of America for the United Nations General Assembly.

President Akufo-Addo said he was sad that the market, which served hundreds of traders, had been ravaged by fire and consequently deprived the traders of their capital running into millions of Ghana cedis.

He disclosed that the Ghana Enterprises Agency had been instructed to provide financial assistance to the affected traders to enable them to go about their businesses without the hustle of the financial distress.

The President added that the Microfinance and Small Loans Centre (MASLOC) would also assist the affected traders to return to business.

He said all new markets being constructed in the country had been designed to provide easy access for emergencies, including fire outbreaks.

The President was accompanied by the Minister of Local Government, Decentralisation and Rural Development, Mr Dan Kwaku Botwe; the Minister of Communications and Digitalisation, Mrs Ursula Owusu-Ekuful; the Eastern Regional Minister, Mr Seth Kwame Acheampong, and the Senior Presidential Advisor, Mr Yaw Osafo-Maafo, among other dignitaries.