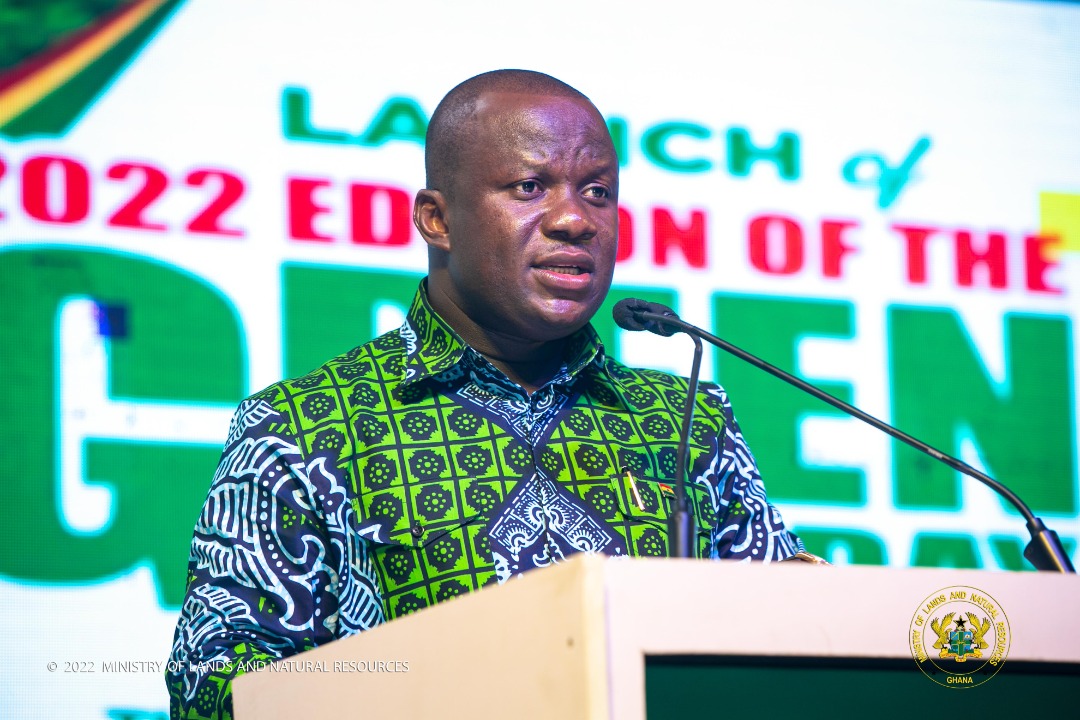 The government is considering regularising the remaining 900 acres of encroached land belonging to the Animal Research Institute of the Council for Scientific and Industrial Research (CSIR-ARI) at Adentan Frafraha.

The Minister of Lands and Natural Resources, Samuel Abu Jinapor, said the consideration was premised on the fact that the lands had already been developed into townships and could not be recovered.

Speaking to the Daily Graphic yesterday, he said the government had two policies on encroached lands — recovery of lands that had not been taken over, and regularising built-up lands.

“This is what we are applying at the CSRI lands,” he stated.

Mr Jinapor said the 1992 Constitution had vested all lands in the President.

“The policy is to protect the lands from encroachers,” he stated.

He commended the Greater Accra Regional Minister, Henry Quartey, for the work he was doing to protect state lands.

He mentioned particularly the CSIR and Agblobloshie lands, and said “Mr Quartey has done a great job”.

Earlier, a Deputy Minister of Lands and Natural Resources, Benito Owusu-Bio, said the Lands Commission had been mandated to look into the processes to regularise the lands that had been encroached upon.

“But we are sending a warning out there that this should not be a gate opening for other encroachers to start encroaching on government lands,” he said.

Mr Owusu-Bio gave the directive yesterday when the Greater Accra Regional Security Council met with the landlords association of the encroached area.

The meeting was attended by the Greater Accra Regional Minister, the Member of Parliament for the Adentan Constituency, Mohammed Adams Ramadan, and the management team of the CSIR.

Mr Owusu-Bio stated: “Let government lands be. We don't want to have encroachers on our lands. It is important that the lands are left for future development”.

He urged the encroachers to submit their documents to the Lands Commission for examination towards the regularisation.

He said the commission would also visit the land to take inventory of the unused lands and secure them for future government projects.

The Greater Accra Regional Minister indicated that there were about 4,000 houses on the land, but because there were no permits covering them, the landlords were not paying property rate to the assembly.

“You have lived in the area for about two decades and none of you has ever paid property rate because you don’t have permit. This means the assembly is losing a lot. All this money, if collected, can be used for development projects to improve life in the area,” he said.

Mr Quartey, therefore, urged them to liaise with the assembly to acquire proper documentation on the lands or risk losing them.

He further commended the Regional Security Council for securing the 200-acre plot.

To ensure the safety of the staff of the CSIR-ARI, he said the council would temporarily provide a 24-hour security in the area.

Additionally, he said, the Criminal Investigations Department (CID) of the Ghana Police Service had been tasked to investigate how the lands were sold.

“I have received information that some staff were involved in selling the lands. We have tasked the CID to commence investigations and anyone found guilty will be prosecuted,” Mr Quartey said.

The government, under Executive Instrument (E.I. 38), established the CSIR-ARI on a more than 1,000-acre land in 1976 at Adentan-Frafraha for research into the development and transfer of livestock and poultry technologies to communities, farmer groups, private and public organisations to ensure the long-term food security of the nation.

At the time, all the owners, including the original owners at Berekuso in the Akuapem South District, were compensated.

However, over the years, some portions of the land have been sold.

In 2014, as part of efforts to retrieve the encroached lands, the CSIR-ARI went to court and obtained a Writ of Possession in an attempt to evict encroachers from the land, but the exercise failed to materialise.

In an attempt to stop further encroachment, the institute, in 2017, acquired a loan to fence the remaining 200-acre portion of the land, but large portions of the fence were broken down by encroachers.

The encroachers moved into those fenced areas to put up single rooms, foundations of houses and walls to demarcate plots for themselves.