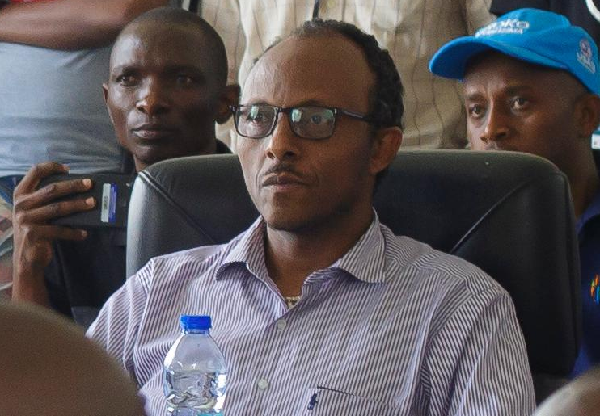 The Minister of Water and Energy for the Federal Republic of Ethiopia, Dr. Ing. Habtamu Itefa, has commended Jospong Group of Companies (JGC) for their role in managing waste in Ghana.

"I am impressed with what I have seen, especially the compost plant. It is very wonderful," he said.

He disclosed that most African countries are facing the challenge of finding sites for disposing of refuse generated, but said he was optimistic that a similar plant like the Accra Compost and Recycling Plant (ACARP) would be extended to other African countries, particularly Ethiopia.

He, therefore, gave an assurance to recommend the JGC to his government on his return home, so that Ethiopia can equally benefit from the better environment that Ghana is enjoying.

The minister said this when he led a team of participants who attended the All Systems Go Africa 2022 Symposium in Ghana, to visit the JGC’s Accra Compost and Recycling Plant at Adjen Kotoku, in Accra on Friday, October 21, 2022.

He added that JGC has been a very exceptional group as far as waste management was concerned. 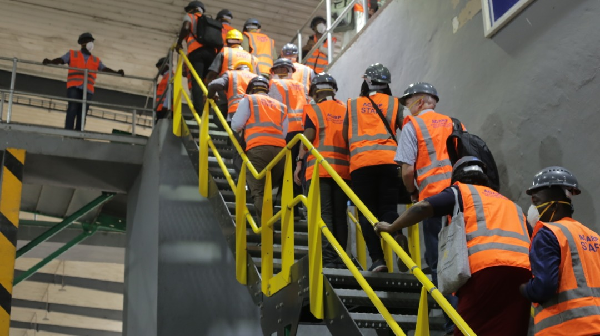 For her part, the Executive Secretary for Environmental Service Providers Association (ESPA), Madam Ama A. Ofori Antwi, said the international conference was attended by key stakeholders in the water, sanitation and hygiene (WASH) sector from all over the world.

She pointed out that as private sector operator in Ghana, they took the opportunity of the All Systems Go Africa Symposium to exhibit their products in Ghana.

The private sector, she said, as a stakeholder in the environment sector, plays a key role as far as systems were concerned, adding that the sector had taken the lead in the WASH space.

"The private sector has especially taken the lead to implement the necessary infrastructure on the system that would be needed to ensure that SDG Goal 6 is achieved," she said.
Madam Ofori Antwi reiterated that the private sector was playing a key role in the sanitation space of Ghana, and thus called on the government to continue supporting players in the WASH space.

The Chief Corporate Communications Officer of JGC, Madam Sophia Kudjordji, explained that her group was at the "All Systems Go Africa Symposium" to represent the private sector on their role play in the WASH sector.

According to her, participants at the symposium were amazed at the level of investment made in the country by JGC in the area of waste treatment plants to support the government of Ghana’s agenda of a sustainable clean nation.

She added that the participants’ visit to the ACARP was to give them an insight into the practical work of the private sector in Ghana.

She, however, condemned the destruction caused to the country's water bodies through illegal mining, stressing that people have to learn how to do the right thing by putting human beings above everything else.

All Systems Go Africa is a bilingual event dedicated to strengthening water, sanitation, and hygiene systems.

This year's All Systems Go Africa Symposium was hosted by the Government of Ghana, IRC, and UNICEF from October 21 -19, 2022. It brought together policymakers, academia, development partners, service authorities, and providers, among others, to explore and act on opportunities to build effectiveness and resilience in the water, sanitation, and hygiene service delivery in Africa.