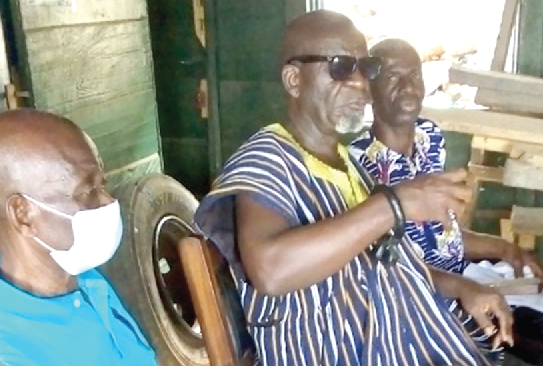 The leadership of the Akwamu transport unions, namely Ghana Private Road Transport Union (GPRTU), Co-operative Society and Progressive Transport Association (PROTOA) have appealed to the Asuogyaman District Assembly and the Ghana Police Service in the district to assist the unions to sanitise the transport fares charged by drivers.

According to the leadership of the transport unions, since 1992, anytime there was an increment in the fuel prices, the unions sat together and calculated the percentage increment and prepared the transport fares to be charged by the drivers within the district and beyond.

The unions explained that although drivers plying Akosombo to Somanya had always charged the right fares, drivers that plied Atimpoku- Juapong- Asikuma to Ho, Hohoe and Kpando had been collecting unapproved fares.

That, the unions said, had brought disaffection among the passengers and the drivers, which had sometimes resulted in some exchanges and brutalities.

Reading a statement on behalf of the transport unions at their office at Atimpoku last Monday, the Vice-Chairman of the Akwamu GPRTU, Nana Odwira Akoto Kofi, showed all documents prepared by the unions on transport fare increments since 1992 to the media to prove their case.

He said for about five years now in particular, the lawlessness of the drivers in the area had become alarming and it was time they were brought to order with support from the district assembly and the police service.

“Of late anytime they did the wrong thing and we confront them, they referred us to the President, saying he is the cause of their arbitrary increment,” Nana Kofi said.

He added that the unions always printed the new fares for the drivers anytime transport fares were increased and they were instructed to display same in their vehicles but they fail to do so because of their intention to cheat passengers.

He said, for instance, a journey where the drivers were expected to charge GH¢1. 20, they collected from GH¢1.50 to GH¢1.70 and where they were to charge GH¢5, they collected between GH¢7 and GH¢8 in some instances, which results in serious fight among drivers and passengers, adding, this did not augur well for the unions.

The unions, therefore, made a passionate appeal to the assembly and the police to help with a task force which the unions would be part of and support in whatever way, in order to stop the unhealthy practice.

In another development, the transport unions have called on AFCONS, the construction company working on the railway from Tema to Mpakadan, to fix the bad nature of the roads at the three overpasses at sites 79, 81 and 86 at Adomi (Mami Water), Juapong and Apeguso respectively.

Talking to the media to site 79 at Adomi (Mami Water), near Juapong, Nana Kofi pointed to the part of the road which had gone very bad. In the presence of the media, one of the AFCONS water tankers nearly fell into the gutter at that part of the road and got badly damaged.

“The situation has been creating problems, including fatal accidents and break down of vehicles at such places. There was an instance recently where four vehicles turned upside down because of the bad nature of the road there, and Saturdays are the worst.

“There are always serious traffic jams at such places, especially during weekends, and drivers who are not familiar with the roads always have problems. We, the leadership of the unions, do not want to take things for granted, hence our serious efforts to let AFCONS fix the roads,” Nana Kofi added.

Nana Kofi, who is also the Djaasehene to the Twafo Stool of the Akwamu Traditional Area, said he was ready to offer materials on behalf of the unions to enable AFCONS to fix the roads.