Ghanacard to serve as e-passport in 44,000 airports globally 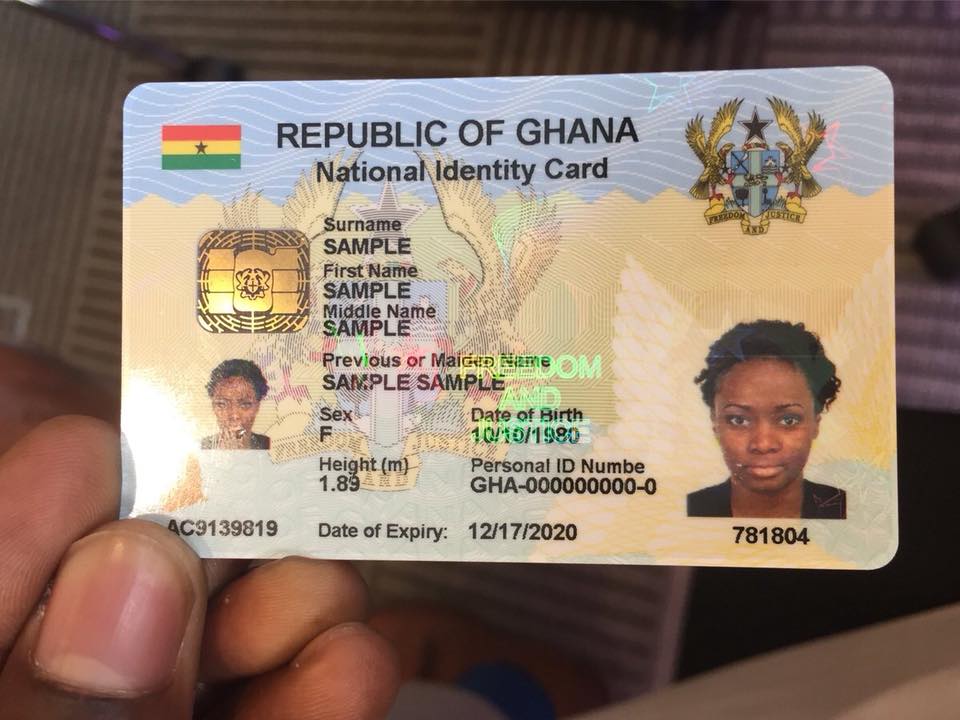 Ghanacard to serve as e-passport in 44,000 airports globally Follow @Graphicgh

By the end of the first quarter of 2022, the Ghanacard will be recognised globally as an electronic passport and can be read and verified in all International Civil Aviation Organisation (ICAO) compliant borders.

This means the Ghanacard, which is a unique biometric identification card, will be accepted as an e-passport in 197 borders globally and 44,000 airports in the world.

When this happens, holders of the Ghanacard will be allowed to board any flight to Ghana by just showing the card.

This is following Ghana’s official acceptance on October 13, 2021, as the 79th member of the ICAO’s Public Key Directory (PKD) community.

The ICAO Public Key Directory (PKD) is a central repository for exchanging the information required to authenticate e-passports.

The Vice President, Dr Mahamudu Bawumia, made this known Tuesday night (November 2, 2021) when he delivered a public lecture at Ashesi University at Berekuso, in the Eastern Region, on how Ghana’s economy was being digitised.

For Ghanaians in the diaspora, Dr Bawumia said they would be able to travel easily to Ghana with the card without necessarily obtaining a Ghana visa, when the Ghana Immigration Service (GIS) was linked to the National Identification Authority (NIA) architecture, which according to him, “will be very soon”.

Speaking on the role digitisation is playing in transforming the Ghanaian economy, Dr Bawumia spoke extensively on the crucial roles the Ghanacard was playing as a catalyst for the digitisation drive.

Throwing more light on the e-passport function, Dr Bawumia said the PKD allowed border control authorities to confirm in less than 10 seconds that the e-passport was issued by the right authority, had not been altered, and was not a copy or cloned document.

Dr Bawumia added that a ceremony would be held in Montreal, Canada, in the first quarter of 2022 to enable what was known as a Country Signing Certificate Authority to be imported into the ICAO PKD System.

The Vice President also revealed that the Ghanacard, which is already valid for travel to all ECOWAS countries, was being linked with existing passports so that travel history would be preserved.

The world-class features of the Ghanacard have been acknowledged by international experts, and Dr Bawumia expressed delight that the national ID project was "executed by the NIA, in collaboration with a world-class Ghanaian private sector firm, (IMS)."

Newborns to get numbers

So far, about 15.5 million people had been enrolled on the Ghanacard by the NIA and most of the population would be enrolled by next year, he added.

Barring any unforeseen circumstances, every newborn child delivered in Ghana next year would get, within a few months, a Ghanacard number, the Vice President announced.

He said all these were aimed at making public services more accessible and affordable and that the actual card would be issued when the child was grown and the biometrics were fully formed after age six.

This, Dr Bawumia said, formed part of digital reforms being undertaken at the Births and Deaths Registry to make it more in tune with the times and provide better protected information on citizens and residents of Ghana.

Outlining a long list of innovations either undertaken or on the tip of take-off, Vice President Bawumia announced, among others, the impending launch of the E-Pharmacy, which would involve the digitisation of pharmacies in Ghana.

“Patients or people generally face difficulties when trying to find medicines in pharmacies. They have no way of knowing which pharmacies have the medicines. They could go to five pharmacies before getting lucky. Sometimes patients are directed to go to specific pharmacies to buy the medicine, denying them any advantage there might be of choosing from a lower-priced shop. People also don’t know what the prices of the medicines are at different pharmacies and tend in their time of vulnerability to just buy at the prices offered when they find the drug. It is also difficult to tell whether the medicines are genuine or fake. There is also the problem of drug abuse with prescription medicines like Tramadol.

“To address these problems, in 2019, I challenged the Pharmaceutical Society of Ghana to digitise the operations of pharmacies in Ghana. Following this and working with my office, the Pharmacy Council, in collaboration with the private sector, has completed work on a digital platform for all pharmacies in Ghana and a pilot of 45 pharmacies is currently ongoing.

“Basically, the digital E-Pharmacy platform will offer the opportunity to everyone through a mobile phone to upload your prescriptions and find out which pharmacies near you have the medicines. Secondly you can compare the prices for the same drug offered by different prices so that you can buy from the lowest priced pharmacies.”

Consumers will also be able to order the drug and pay for it on the phone through mobile money or GhQR (Scan and Pay), etc. The medicines are then delivered to the customers at home through a courier service.

As well, “The E-Pharmacy will enable Ghana to address the issue of drug abuse. Those prescribed controlled medicines like Tramadol, for example, will only be given a one-time CODE sent via SMS (once the prescription is uploaded) to use at the pharmacy. The e-pharmacy platform will also check fake or counterfeit medicines because the platform will be linked to the Food and Drugs Authority (FDA) which will monitor the batch numbers of all products real time. Any drug for which the FDA does not have a batch number will be classified as fake.”

The lecture, which was attended by members of academia, students, the clergy, chiefs, and other members of the general public, was the latest by Vice President Bawumia aimed at getting the citizenry, particularly the youth, to have a greater appreciation of the work being done in the digital space, and solicit their views on other areas that may need special attention.