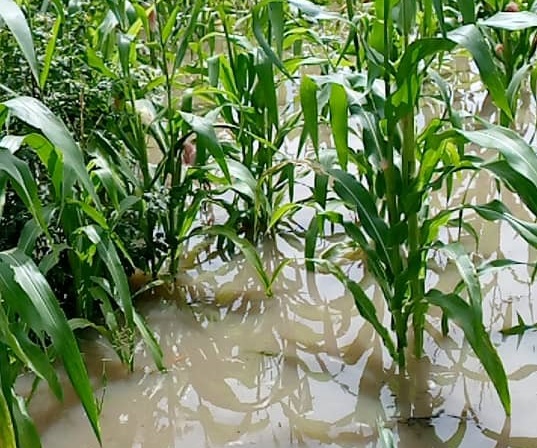 Four persons have been confirmed dead following a weeklong heavy downpour and floodwaters from the spillage of the Bagre Dam in the North East Region.

Several residents along the white volta in the Mamprugu/Moaduri and West Mamprusi have been displaced. Large acres of farmlands have also been submerged and business and trading activities halted due to flooding resulting from the spillage of excess water from the Bagre Dam by Burkinabe authorities.

The North East Regional Director of the National Disaster Management Organisation (NADMO), Mr Alhassan John Kweku who confirmED the incident to the Daily Graphic said personnel of the Operation ThunderBolt, a disaster taskforce have been dispatched to the affected areas to rescue the victims.

He said his outfit was also on the ground assessing the extent of damage caused by the flood to enable them to provide emergency relief items to the victims.

"So far I can't quantify the extent of damage caused but I can confirm that four persons have lost their lives in the weeklong heavy downpour and floodwaters from the spillage of the Bagre dam. Our team are on the ground rescuing victims and taking stock of the damage caused," he said.

Mr Kweku indicated that NADMO was also sensitising the inhabitants along the white Volta through community announcements in churches and markets for people to vacate to higher lands, adding that most farmers who heeded to the advice have since relocated.

Some affected farmers who spoke to the Daily Graphic said all their crops and properties have been submerged.

A farmer at Duu in the West Mamprusi, Mr Duko Buzongo said his 20-acre maize farm has been destroyed by the flood.

"I can't even go to my farm because the water is too high even with a canoe so I am always at home for safety" he lamented.

Another farmer, Mallam Osman who has lost all his crops to the disaster expressed fear that there could be severe hunger and poverty due to the extent of damage to farmland in the area.

The farmers, therefore, called on the government and various benevolent organisations to come to their aid with relief items.

According to SONABEL, managers of the Bagre Dam, the spillage had become necessary due to the 81 per cent increase in the water level.

As a result, residents close to the bank of the Black and White Volta were advised to relocate to other communities for shelter and safety.