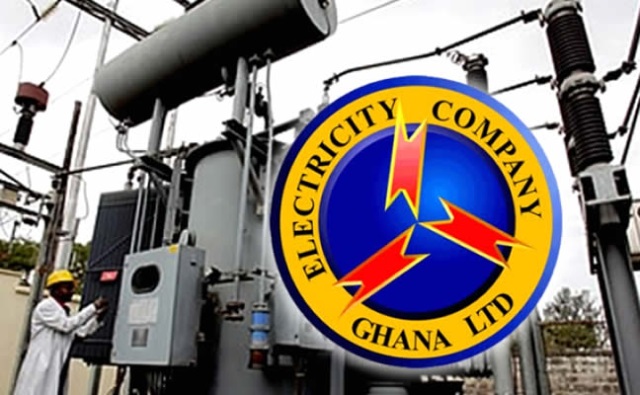 The chiefs and people of Asawinso in the Western North Region have assured the Electricity Company of Ghana (ECG) of their support to help track defaulters to retrieve its revenue estimated at over a million cedis.

This follows a violent confrontation during a revenue mobilisation drive and mass disconnection for non-payment at Asawinso. More than 90 per cent of the residents failed to pay a total of ¢1.1 million consumed for their domestic and commercial activities since 2015.

The company said it adopted a customer friendly approach, where the revenue mobilisation team embarked on a sensitisation drive to make these customers honour their debt obligation to ECG but all efforts proved futile.

The company, therefore, embarked on disconnection of defaulters, which constitute about 90 per cent of customers in the community, and the move was fiercely resisted.

The community members rallied and attacked 20 ECG officials in their attempt to disconnect them or get defaulters to pay their bills.

The angry residents who claimed the government’s Free Electricity still covered their electricity consumption since 2015, therefore, descended heavily on them, physically assaulted, heckled and deflated the front-tyres of the company’s vehicle last weekend.

The dare situation was such that but for the timely intervention of the police the ECG workers would have been lynched. After being rescued, and with the people refusing to pay their debt, the ECG was left with no option but to disconnect the entire community until they are ready to pay.

However, considering the impact of the disconnection, the traditional rulers through the Western North Regional Minister sent their plea to the ECG to restore power to Asawinso ‘A’ town.

The Western North Regional Minister, Mr Richard Ebbah Obeng, after separate interaction between the community and the company called for a meeting.

He made the people aware of the importance of sustainable power generation, which could only be achieved when people paid for power they consumed through legal means.

He also told members of the community why they had to help the government, the ECG and other players in the power sector by paying their electricity bills. “Without paying, it will be difficult for the system to function due to the huge capital required to keep our lights on.”

The minister’s intervention helped and it was agreed that the chiefs and other community leaders, assembly members, religious leaders must educate community members to appreciate why it is important to pay for the power they have consumed.

The people asked for reconnection and said the ECG should come and build a marketplace, community centre and toilet facility but they were made to understand that the ECG is under no obligation to carry out any social responsibility programme in their communities.

The minister said they agreed that power would be restored but those who failed to pay their bills would still be disconnected and that the office of the Public Utilities Regulatory Commission (PURI) would visit the people for further education.

The minister urged the ECG to check individual bills of defaulters to ensure that likely anomalies were removed to ensure a smooth process and urged those owing to pay.

For his part, the Western Regional General Manager of the ECG, Mr  Emmanuel Justice Ofori, said a team would be sent to Asawinso ‘A’ with meter readers to take records of each meter and disconnect all illegal meters.

He said much as the ECG was ready to serve the country, it was important that customers honoured their debt obligations, adding, “when we come to those owing, they have to pay for what they have consumed already.”

“Our side remains committed to you and we expect that after consuming, we pay to ensure sustainability of power generation and distribution.

The Asawinso Amratehene “A”, Nana Kwadwo Nipa, commended the regional minister for his intervention and the ECG for its commitment to the process and urged the defaulters to honour their obligations to ECG.

Power has since been restored and the processes agreed to during the deliberation are being followed.

The community members promised to pay their bills regularly and never use violence to address their grievances.