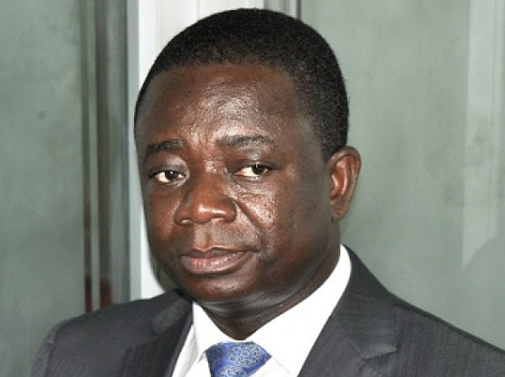 The former Chief Executive Officer (CEO) of the Ghana Cocoa Board (COCOBOD), Dr Stephen Opuni, has filed a fresh application at the trial court seeking the presiding judge to recuse himself from his trial with one other for allegedly causing financial loss of more than GH¢271.3 million to the state.

Dr Opuni has also petitioned the Chief Justice to assign a different judge to hear the motion seeking to remove the trial judge.

The application is the latest in a series of attempts to prevent Justice Clemence Honyenuga, a Supreme Court judge sitting with additional responsibility as a High Court judge, from the case.

In his application, which is expected to be moved on Thursday, December 16, 2021, Dr Opuni accused Justice Honyenuga of being biased and hostile towards him since he opened his defence.

It is Dr Opuni’s contention that Justice Honyenuga stated in open court last Thursday that the evidence of his defence witness could not exonerate him.

That, according to the applicant, was a clear case of bias, adding: “The learned judge has already made his mind even though my first witness has not yet completed his evidence-in-chief.

“I add that this comment is further evidence that the learned trial judge would not consider the evidence of my witness even though he has not yet completed his evidence-in- chief,” Dr Opuni submitted in his application invoking the inherent jurisdiction of the Criminal Division of the High Court where the trial is taking place.

Again, it is the case of Dr Opuni that Justice Honyenuga unilaterally imposed dates on him since he opened his defence, arguing that it was different when the prosecution was presenting its case.

He further averred that the trial judge exhibited bias by not allowing his counsel to conduct his examination-in-chief based on the court’s ruling of submission of no case.

He said if the learned trial judge refused to recuse himself from the case, “I would be denied a fair trial since I would be prevented from conducting the case in a way which I am entitled to by making references in this instance to specific portions of the ruling”.

Dr Opuni and a businessman, Seidu Agongo, are standing trial over accusations of causing financial loss of more than GH¢271.3 million to the state in a series of fertiliser deals.

The two were dragged to court by the Attorney-General (A-G) in March 2018 on 27 charges for allegedly engaging in illegalities in a series of fertiliser transactions which the A-G says caused a financial loss of GH¢271.3 million to the state.