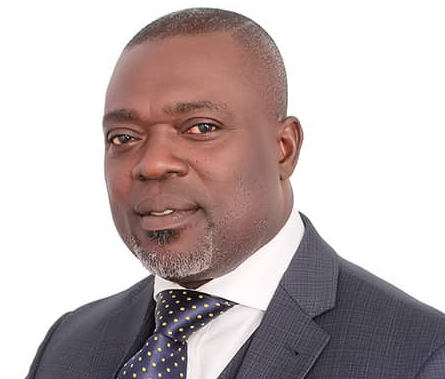 According to data from the National Commission on Small Arms and Light Weapons (NCSALW), there is increasing demand for firearms in the country.

The data, which give a regional breakdown of the percentage of persons who registered for firearms between January and June this year, have the Greater Accra Region recording the highest number of people who registered revolvers.

The figures show that in the Greater Accra Region, 74.4 per cent of people who registered their firearms did so for revolvers, while 21 per cent registered shotguns.

In the Ashanti Region, 45.5 per cent registered shotguns, as against 21.5 per cent for revolvers.

In an interview with the Daily Graphic yesterday, the Executive Secretary of the NCSALW, Mr. Jones Borteye Applerh, attributed the increasing demand for firearms in the country to citizens taking their personal security into their own hands, as well the growing lack of confidence in the security agencies to respond promptly to their security needs.

“The issue about small arms possession is linked to every society’s development; as society grows and people become wealthier, they seek means to protect their properties,” he said.

“The reason people are owning weapons has changed completely. In the past, people were interested in farming, hunting, recreation, etc. What has changed now is that people see the possession of arms as a status symbol or fashion statement,” he added.

Mr. Applerh expressed worry over the increasing number of weapons that were getting missing from the armouries of state security agencies in the country and in other parts of the sub-region.

He attributed the development to inefficient monitoring and record-keeping of arms by state security institutions.

“Many armed robbers and civilians are owning AK47 assault rifles. If you see anybody holding a military type weapon which is not allowed to be owned by a civilian in the country, there is the 99.9 per cent chance that it has been leaked from some state security armoury, either in the country or the sub-region. The law does not allow civilians to hold such a weapon,” he said.

To curb the issue of gun leakage from state security institutions, Mr. Applerh said, there was the need for Ghana to implement the Economic Community of West African States (ECOWAS) convention that required countries to have a centralised arms registry.

According to him, a centralised arms registry allowed for proper accountability of weapons and helped with procurement.

Regarding renewal of licences for firearms, he said the rate of renewal was discouraging.

He disclosed that out of about 1.23 million licensed firearms in Ghana, only about 40,000 owners reported to the police yearly for renewal.

He attributed the low rate of arms renewal to ignorance on the part of possessors of the arms and the lack of efficient structures to make the collection and renewal of arms easy.

Mr. Applerh said further that the law regulating arms needed to be looked at critically, since there were gaps in it.

He said there was the need, for instance, for the psychological state of gun owners to be checked when renewing their licences, instead of the one-time approval that was done when individuals were applying for licences for the first time.

“Also, the law does not limit the number of arms an individual can own. It does not make provision for where one can train to handle his or her weapon. In any jurisdiction where you allow civilian gun ownership, you have to make provision for them to train with their guns,” he explained.

Mr. Applerh described calls for the identity of persons behind the importation of the 436 pistols and 26 packs of ammunition impounded at the Tema Port to be made public as a step in the right direction, as “it will promote transparency”.