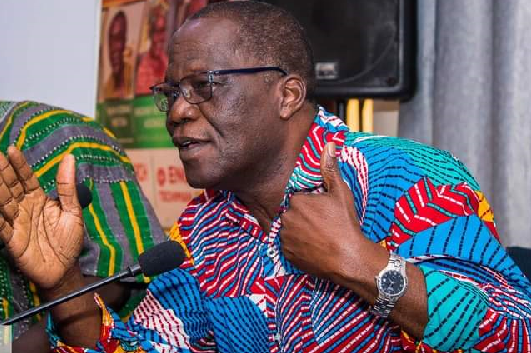 Four civil society organisations (CSOs) with interest in agriculture have appealed to the President not to give assent to the Plant Variety Protection Bill, 2020 for it to become law.

The CSOs are Food Sovereignty, the Centre for Indigenous Knowledge and Organisational Development (CIKOD) and the Peasant Farmers Association of Ghana.

According to the CSOs, even though Parliament had passed the bill, the President should not sign it, since it was skewed in favour of foreign commercial seed breeders, at the expense of local breeders and smallholder farmers.

“It is only fortunate that, in spite of Parliament having passed the bill, it has to be assented to by the President before it becomes law. And it is within the powers of the President to decline to assent to the bill and have it sent back to Parliament for broader consultations and inputs from all stakeholders,” it said.

“In Uganda, a similar bill was approved by Parliament and sent to the President on three occasions, and each time the President refused to sign, it since the country was not prepared for a law that gave support to genetically modified organisms (GMOs) and also because the long-term effects of GMOs on humans were unknown to them,” he said.

In an interview with the Daily Graphic in Accra last Friday, the Executive Director of CIKOD, Mr. Bernard Guri said: “We are not against passing a bill to support breeders, but we should make sure that the law favours our local breeders and farmers and not farmers from big companies outside Ghana.

“The bill must be taken back to Parliament to allow our farmers, CSOs and other stakeholders to look at it again and decide what it is that Parliament can pass,” he said. 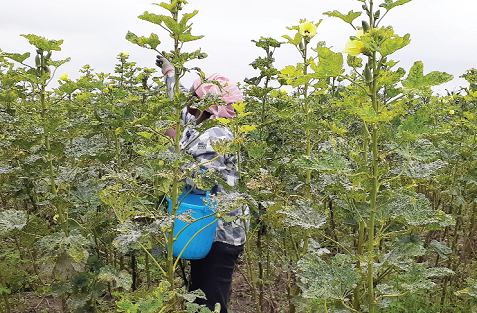 Opening the slews gate for GMOs

Mr. Guri said smallholder farmers, who constituted 60 per cent of the population of the country’s farmers, produced the bulk of food in Ghana, with the few commercial farmers producing a small percentage.

He said it was against that backdrop that CSOs were against the Plant Variety Protection Bill, since it was skewed towards supporting the few commercial farmers, at the expense of smallholder farmers.

“Ghana is fed by smallholder farmers, and if there is going to be any law, it should be supportive of these farmers and not commercial farmers,” he said.

He argued that the majority of the seeds expected to be produced in Ghana would actually come from commercial seed companies in America and Europe who needed markets to sell their products.

He said per the bill, the seeds that were to be produced had to be new or novel and distinct and uniform, which were characteristics associated with GMOs.

“What we are saying is that if you take maize, for instance, it must have the same height, the cobs must be of the same size and of same uniformity. Our local scientific breeders cannot produce seeds with these characteristics.

“We believe that the bill is in support of GMOs, and that is why, from the beginning, we have been fighting against it because we are of the opinion that if this bill goes through, it will just open the door for GMOs,” he said.

He said most European countries had rejected the introduction of GMOs, but not in America, where GMO seeds were being produced.

He argued that the bill should rather support local breeders to, in turn, support Ghanaian farmers to produce seeds suitable for cultivation.

Mr. Guri pointed out that there were some clauses in the bill that were inimical to the interest of smallholder farmers.

For instance, he said, Clause Nine, which talks about conditions granted to breeders who enter the country, was not in the interest of the country.

“We have said that the breeder must reveal the source of the genes of his seeds, the farm and the farmer from whom he got the seed and also show that if any profit was made, it will be shared with the farmer or the community. It is pertinent that this is done, as most seeds are from our local farmers.

“When the seeds are taken to the foreign laboratory, they play around with it to produce a new product. This bill says if these seeds are received and our farmers buy them for planting, they are not to harvest the seeds from the fruits for replanting, since doing so could produce a jail term for the farmer involved.

“It means that every year farmers in our country will have to buy seeds from the seed-producing companies abroad. This is all about profit, and it is why this law must be changed, since it is not in the interest of our farmers.

“Traditionally, our farmers grow their crops and subsequently select the best seeds for replanting. If care is not taken, even our traditional methods of farming will be taken away from us, and we must not watch this happen,” he said.