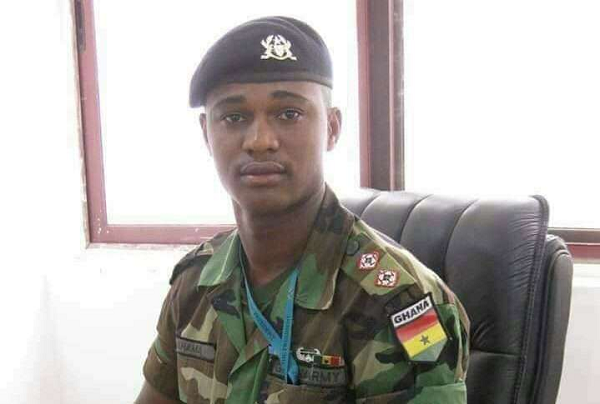 The Major Maxwell Mahama murder trial reaches a critical stage on Monday, April 12, 2021 when the Accra High Court plays a video which details the alleged murder of the then serving military officer as evidence to buttress the case of the prosecution.

The showing of the video, originally scheduled for open court last Monday, was rescheduled because the technical team of the Judicial Service could not find an appropriate position in the courtroom to project the video.

The court, in agreement with counsel for the 14 accused persons and the prosecution, settled on playing the video at the conference hall of the Accra High Court on the next adjourned date because it is relatively spacious.

It is to ensure that the jury, the prosecution, counsel and the judge watch the video comfortably and in compliance with social distancing protocols.

The video, which is already in evidence, was expected to be played last year, but as a result of the COVID-19 pandemic and a subsequent directive from the Chief Justice limiting the number of persons in a courtroom, the case endured several adjournments till last Monday.

At last Monday’s hearing, however, the courtroom was packed with journalists and other people, in defiance of COVID-19 social distancing protocols, because of its sheer profile.

The Criminal Division (Court 3) of the Accra High Court, presided over by Justice Mariama Owusu, a justice of the Supreme Court sitting as a High Court judge, adjourned the case to April 12, this year, after reaching a consensus with both defence counsel and the prosecution, represented by a Chief State Attorney, Mrs Evelyn Keelson.

On the scheduled day, the prosecution is expected to continue the examination-in-chief of the 14th prosecution witness, Chief Inspector Samuel Agyakwa, after the video had been played.

He was said to have been lynched during a morning jogging that led him to Denkyira Obuasi, then a haven for illegal mining, popularly called galamsey.

Fourteen people, including William Baah, a former Assembly Member for Denkyira Obuasi, are standing trial in connection with the death of the military officer.