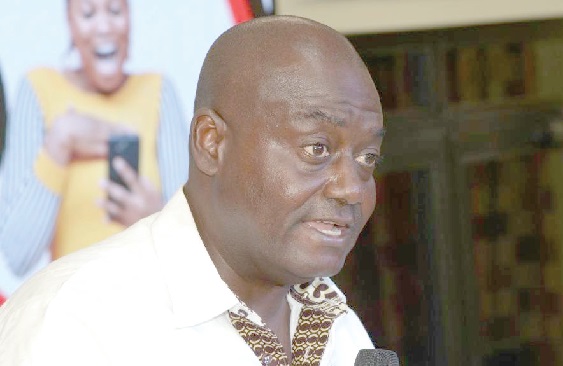 The leadership of the Civil and Local Government Staff Association, Ghana (CLOGSAG) has stressed that its members will continue the industrial action until their demand for neutrality allowance has been met.

It called on the Ministry of Finance to respect the directive of the National Labour Commission (NLC) to come up with a payment plan for the neutrality allowance for members of the association.

The Executive Secretary of CLOGSAG, Isaac Bampoe Addo, told the Daily Graphic yesterday that the association was not ready to rescind its decision until its demands had been met.

"For now, the strike will go on indefinitely until we have been given what we are demanding for," he said.

Mr Bampoe Addo explained that following negotiations by all the parties, the NLC directed the government, through the Ministry of Finance, to issue a payment plan for the allowance to the Accountant-General's Department by Friday, April 29, for payment to be effective.

"We are yet to see the payment plan. We are not going back to work until the directive by the NLC is adhered to. We are not in a jungle; we are guided by rules and we use negotiations. The Ministry of Finance should respect the directive of the NLC," he said.

He said in spite of official reminders and follow-ups by the leadership of CLOGSAG, the payment of the neutrality allowance had not been effected as agreed.

He said the demand for a neutrality allowance was part of the civil and local government workers' better conditions of service, which was 80 per cent complete.

The neutrality allowance is to ensure that civil servants discharge their duties professionally without getting involved in partisan activities.

Members of CLOGSAG began an indefinite strike on Thursday, April 21, this year, over the nonpayment of their neutrality allowance.

The union directed members not to report for work as they embarked on an indefinite nationwide strike.

CLOGSAG is demanding the payment of neutrality allowance to its members, agreed upon between the government and the members following the signing of a memorandum of understanding (MoU) with the government on January 20, this year.

After the MoU, the Finance Ministry failed to pay the allowances, more than three months after the agreement.

The government and the NLC met with CLOGSAG to resolve the issue and cancel the strike, but the association still went ahead with the strike.

On April 22, the association met with the Ministry of Employment and Labour Relations, the Ministry of Finance and the Fair Wages and Salaries Commission over the neutrality allowance but no agreement was reached.

CLOGSAG members work as administrators, secretaries, finance officers and human resource officers and can also be found in units such as technical and procurement within the various public sector organisations.

Following the strike, government operations have been affected, as well as those of contractors and individuals who work with public service institutions.

The strike has disrupted many operational activities of almost all ministries, departments and agencies, as well as metropolitan, municipal and district assemblies across the country.