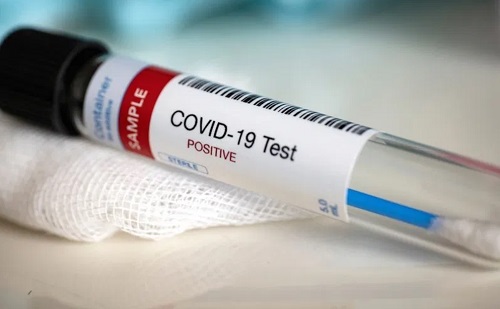 The Ghana Health Service (GHS) has revealed that the Chinese national who tested positive for the Coronavirus disease (COVID-19) in Kumasi last week initially resisted being tested.

He is a 27-year-old Chinese national who travelled outside Ghana and returned recently.

He is among the 24 confirmed cases in Ghana which has already been announced by the Ghana Health Service (GHS) with one death.

He fell ill and residents in the Chirapatre area where he lived upon seeing the symptoms suspected him and reported to the health officials to intervene since he was refusing to go to the hospital.

But when the health officials approached him in his home, he resisted medical assistance and refused to be tested.

He is said to have also refused to comply with the protocols in handling suspected cases of the Coronavirus disease.

It took the intervention of the Ashanti Regional Security Council (REGSEC) with armed security personnel including police and military to forcibly take him to the hospital.

Even after that, he is said to have refused to comply with the protocols in transporting patients to the hospital and the armed security personnel had to step in to forcibly remove him from his home to the hospital where he tested positive for the Coronavirus disease (COVID-19) and is currently being treated, under-armed guard.

This was made known by the Ashanti Regional Directorate of the GHS at a press briefing in Kumasi on Monday, March 23, 2020.

The Ashanti Regional Director of Health Services, Dr Emmanuel Tinkorang who revealed this said: "sometimes there is the need to break confidentiality using the Chirapatre issue as a test case."

"Infact, this is a person [Chinese national] who had been sick at home and everybody realised that from the signs and symptoms, and from the travel history, this may be one of the conditions. So we [health officials] were alerted and our team went there and then, we realised that, that is the situation but he was still refusing, but we can't put the public in any danger and for that reason, we had to call REGSEC [and] the security agencies to support us to convey him to the hospital and truly when we tested, he was positive. So you know that in situations like this, though human rights and other confidentiality issues are very important, but public health is also the key, so if you are not conforming to the public health principles, we have to apply all force," Dr Tinkorang said.

The move by the Chinese national has thrown the Atonsu and Chirapatre area in Kumasi to some sort of fears especially with people who may have unknowingly come into contact.

The Chinese national is actually in charge of a production company in the area.

Dr Tinkorang in allaying the fears of the public said contact tracing in the Chirapatre case had been done.

"As at now, the patient involved is on admission at one of our hospitals and we've isolated that person. All the contacts have been identified and we are monitoring them. Those who are staying around and you are not contacts, you don't have to fear. We are saying that the contacts are close contacts so for instance, if you are staying next door and you've not come into contact with that person, you are not a contact. The next house is not a contact, if your name is not on the contact list then it means that you've not been identified as a contact.