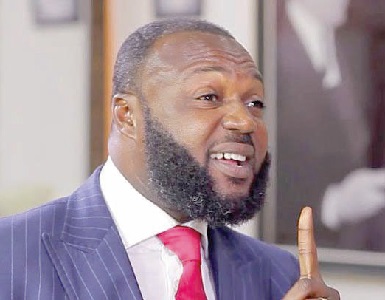 A former Managing Director of the defunct Capital Bank, Fitzgerald Odonkor, has told the Accra High Court that repayment of placement of GH¢100 million with All Time Capital was approved by the board of the bank.

The accused said the GH¢100 million, which was part of the GH¢620 million liquidity support given to the Capital Bank by the Bank of Ghana (BoG) was not a decision made by one individual but by the board.

Odonkor, who was also a member of the board, maintained that despite the board’s decision, “Management was however of the opinion that these placements will not auger well for the management of the liquidity support”.

Essien is standing trial with Odonkor, a former MD of the bank, and the MD of MC Management Services, a company said to be owned by Essien, Tettey Nettey.

Odonkor is the latest to give his evidence-in-Chief in the case and was being cross-examined by counsel for Ato Essien, Baffuor Gyau Bonsu Ashia, at the High Court presided over by Justice Eric Kyei Baffuor, a Justice of the Court of Appeal with additional responsibility as a High Court Judge.

Again, the accused explained that he was not personally in charge of placements and investments by the Capital Bank.

Odonkor: My Lord, the steps that management took were subsequent to the decision of the board

Counsel: The board of the then Capital Bank did approve that the said amount be placed in All Time Capital is that correct?

Counsel: So I can confidently say that no single individual can be credited with the decision to place the said amount with All Time Capital since it was a board decision

Odonkor: It was a decision by the board.