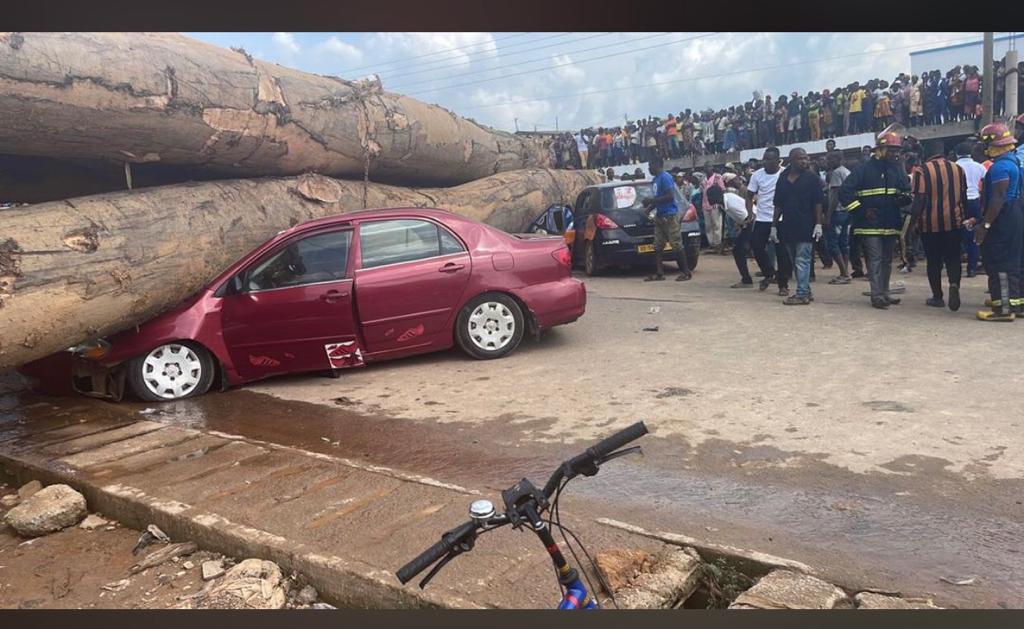 One person has been confirmed dead in Saturday's accident which involved a truck which was loaded with logs at the centre of the Bogoso market in the Western Region.

Three other people suffered varying injuries and are in hospital responding to treatment.

The police have arrested the driver of the truck for questioning. He was still in custody as of Sunday morning after his statement was taken on Saturday.

The road in the busy area of Bogoso has since been cleared and traffic has since been flowing after traffic was held up for some time after the accident on Saturday.

It was a scary moment when the chains tying the timber logs on the truck, loosened and resulted in the logs falling off the truck in the middle of the market, during a busy Saturday afternoon trading activity.


At least three vehicles and some tricycles were trapped under the truck and the logs. 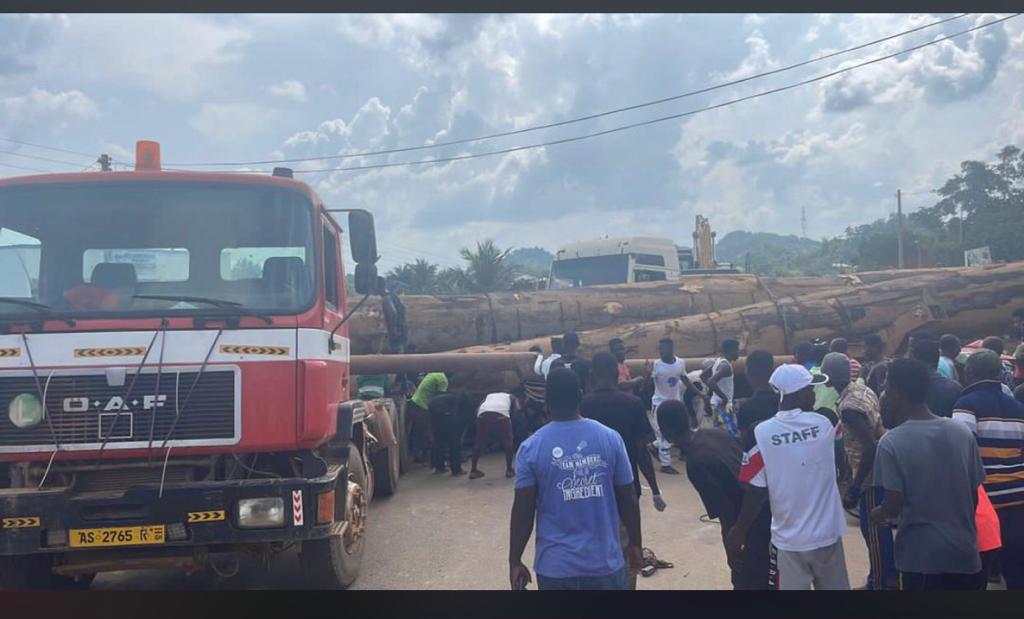 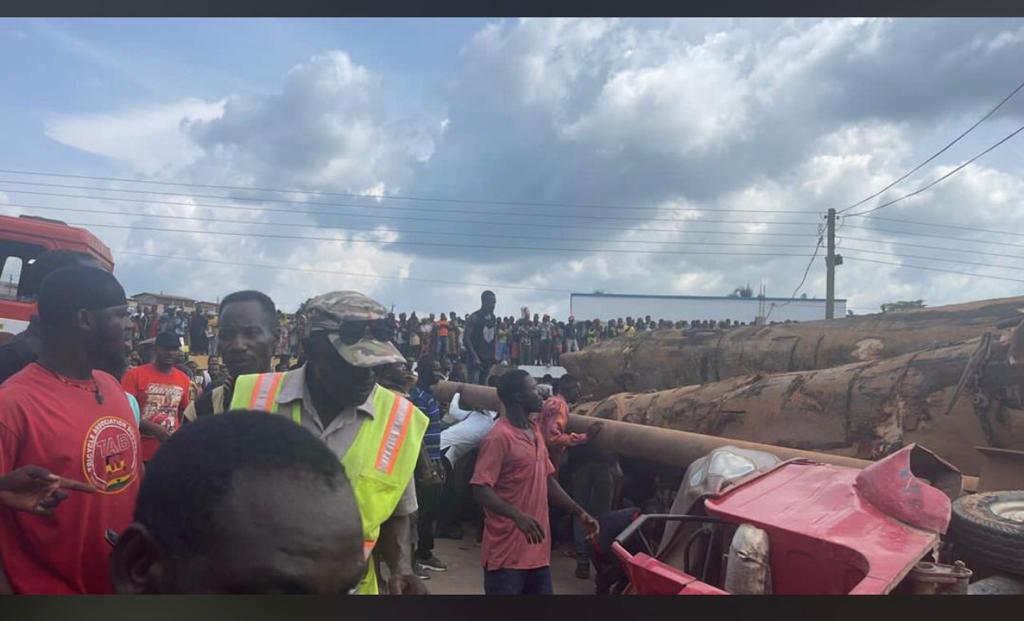 The accident happened on the road which passes through the centre of the market.

It happened in the midst of busy trading activities as Saturdays are market days for residents of Bogoso and the surrounding areas.

Some eyewitness told Graphic Online's Dotsey Kobla Aklorbortu that when the chain broke and the truck started going backwards, passengers in vehicles behind the truck, disembarked and took to their heels. 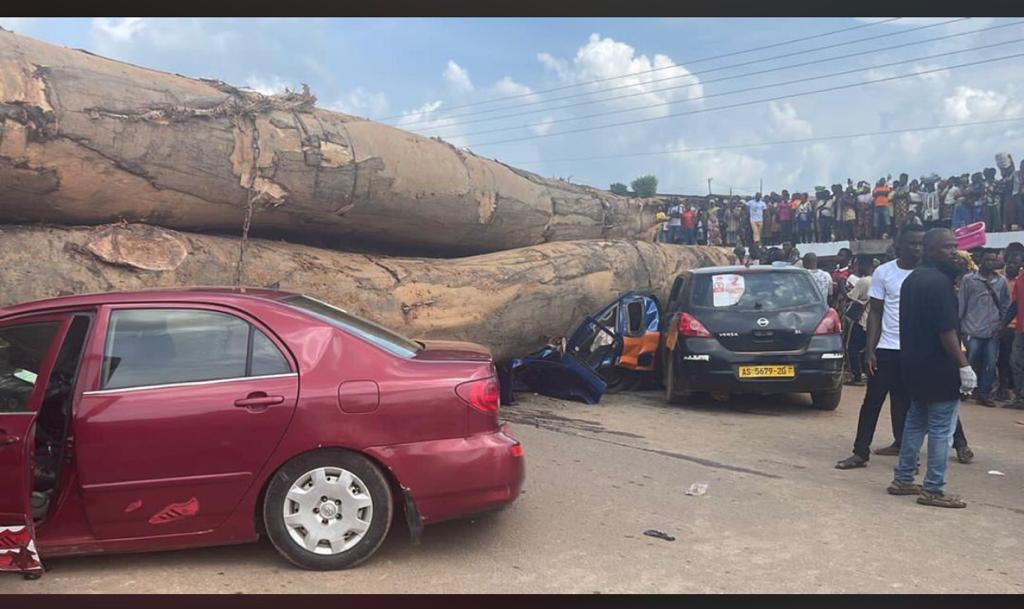